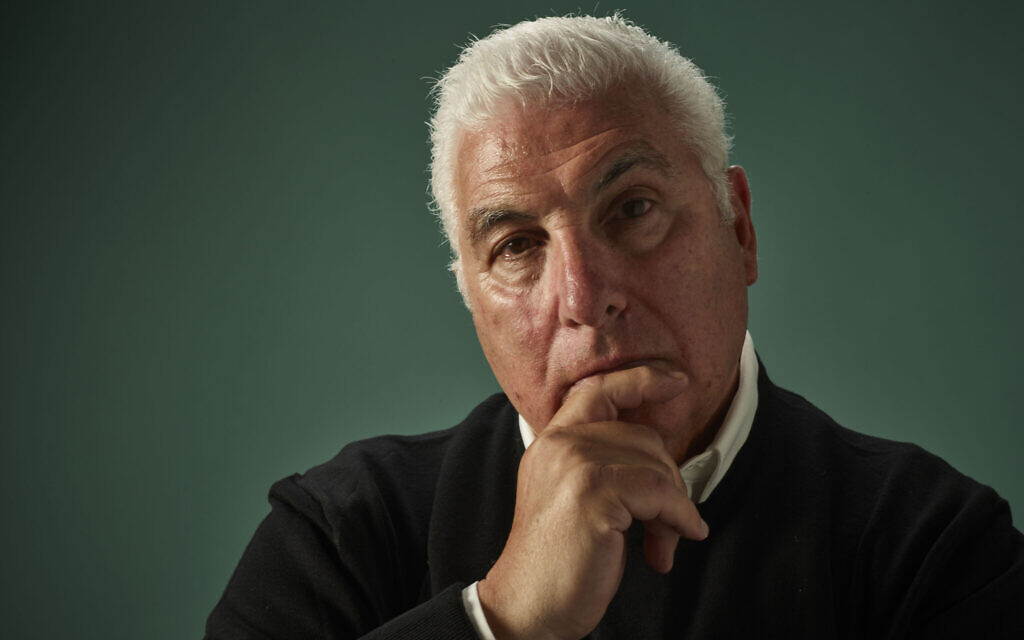 “She once saved someone’s life, she once took a homeless person into her home, she did this, she did that, but not enough people know just what a charitable, loving and kind person Amy really was.”

Mitch Winehouse still shakes his head in disbelief and reveals that “the pain will never go away”, nearly a decade on from the tragic day his daughter and award-winning songstress, Amy, died from alcohol poisoning, aged just 27.

Since then, many have attempted to unravel who Amy was through the guise of drugs, addiction and unsavoury relationships, with Mitch and her mother, Janis, finding themselves facing a barrage of accusations, including the claim she endured an unhappy family life and that when she needed them most, they failed to intervene.

“But we were always there, the whole time, the whole family,” counters Mitch, who feels it’s time to set the record straight in a new BBC2 documentary, Reclaiming Amy.

For the first time, he and ex-wife Janis – who has been diagnosed with multiple sclerosis and has never spoken in-depth before – alongside close friends Naomi, Chantelle, Catriona and stepbrother Michael, reveal the Amy they knew intimately and explore how her battle with addiction concealed far more serious mental health struggles than had previously been understood.

The Amy they knew was far different from the one seen only through the lens of a paparazzi lens.

She was “just a normal girl” who grew up in Southgate, surrounded by a close-knit family and tight circle of friends, someone capable of love and being loved back by “people who really did love her and would have done anything to make her happy”.

She had a mischievous sense of humour and dreamed of one day becoming a mother.

But neither are they afraid to mention the other side to Amy, the one who battled an eating disorder, who endured an “extremely caustic, destructive relationship” with Blake Fielder-Civil, who was “troubled” over her sexuality after sleeping with a female friend, and who was wilful and refused to seek help for her mental health issues or drug addiction.

What didn’t happen was that she was simply “abandoned”, but this, says Mitch, was the impression given by Asif Kapadia’s Oscar-winning 2015 documentary, Amy. Mitch reveals he suffered a breakdown, such was the impact of the criticism levelled at him by the film.

Mitch, who turned 70 this year, tells me: “It’s easy for [Kapadia] to say we could have done more and we should have done this and that.

“The only way he’s ever going to find out about addiction is if, God forbid, a member of his family struggles with it.

“That was an insult, not only to our family but to every other family dealing with addiction.

“That film doesn’t tell you anything about Amy, how she was, what a wonderful, loving, fun child she was and what a normal girl she was throughout her illnesses, her fame and everything. It doesn’t show you any of that.” He adds: “It’s a much better story to say that I was an absent father, that I didn’t care about her, than a story about a loving Jewish family who cared for their child and was there all the time with her.”

The documentary explores the particularly close bond Amy shared with her paternal grandmother, Cynthia, a closeness Mitch says meant “they were the best of friends”, as well as her connection to Naomi, Chantelle and Catriona.

Even today, Mitch is overwhelmed by the compassion they showed in helping to prepare Amy’s body before her cremation.

“They are just wonderful girls, you know, what they did for Amy. After she passed away, they prepared her, they dressed her. These were girls in their early 20s. It just takes my breath away. They’re the most wonderful people.”

Ten years on, both Mitch and Janis are still coming to terms with having “gone through every parent’s worst nightmare”.

Mitch reveals how for eight years he couldn’t even listen to her critically-acclaimed music, including Back To Black, her 2006 album that alone picked up five Grammys and four Ivor Novello awards.

But both also say they have a strong sense that Amy’s spirit is “with them”.

“I’ve felt her physically, she’s sat on my bed,” says Mitch, who recounted how a psychic confirmed he had encountered Amy’s “energy” just hours before going to her for a reading.

“Three years ago, I was staying in Amy’s flat and I felt something come through the window and enter into my back. It was like somebody put an electric toothbrush on my back,” he says.

“The feeling was very dramatic, but it was a really lovely feeling. I looked at the clock and it was 5.02am. I panicked that I was having a seizure or heart attack, but then it simmered down.

“I go and see this woman and she told me: ‘Amy came to see you. It was 5.02am.’ I explained to her the feeling and she said, ‘That was Amy’s energy.’ I feel her all the time and I know Janis does too. My son Alex says he has seen her in a pale blue light. We all feel her presence.” 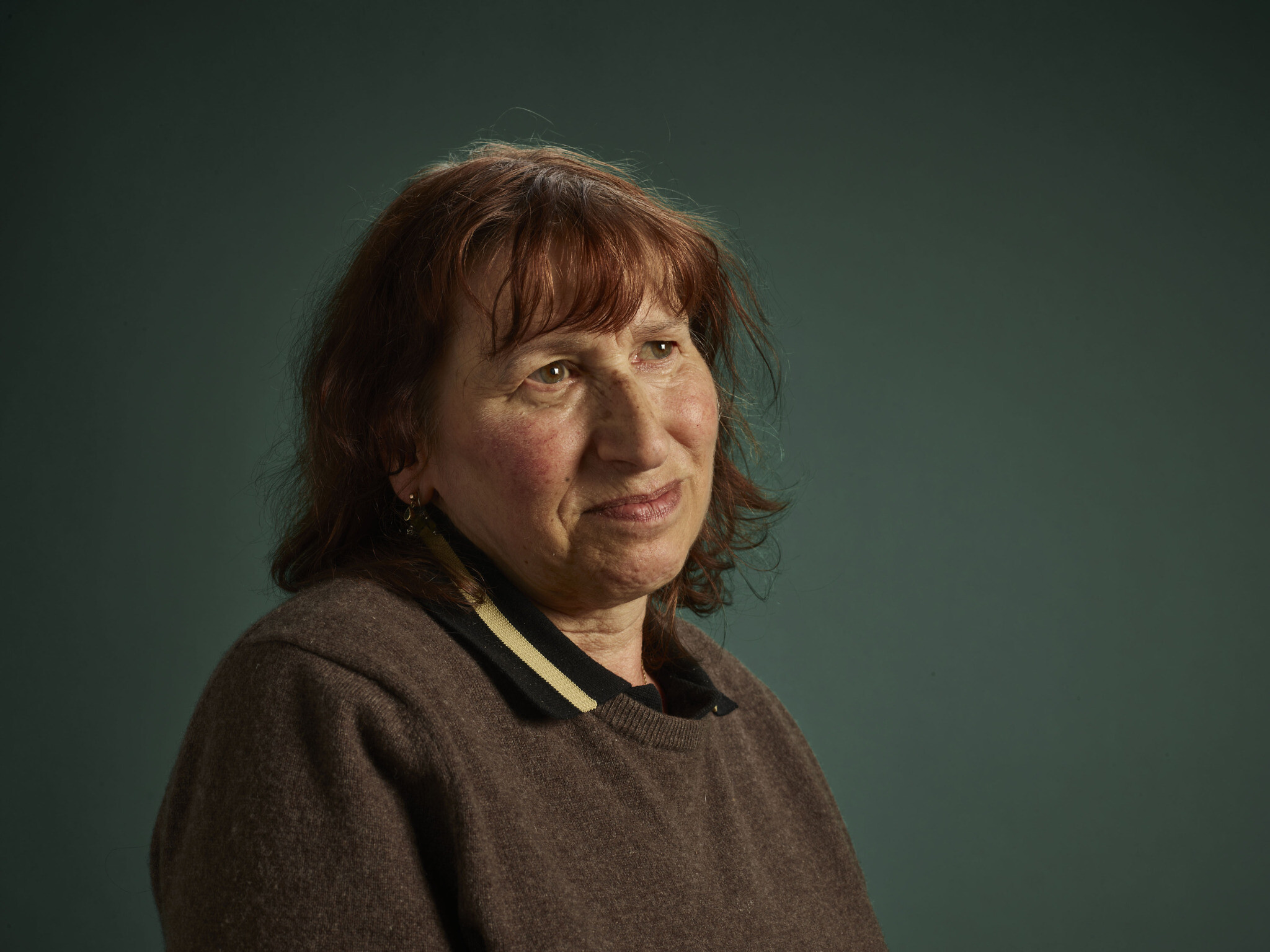 This is the first time Janis Winehouse-Collins has spoken in-depth on camera about Amy. Credit: Adam Lawrence

For Mitch, she lives on in her double-stranded legacy – that of her music “which speaks for itself” and the addiction and mental health charity set up in her name, the Amy Winehouse Foundation. 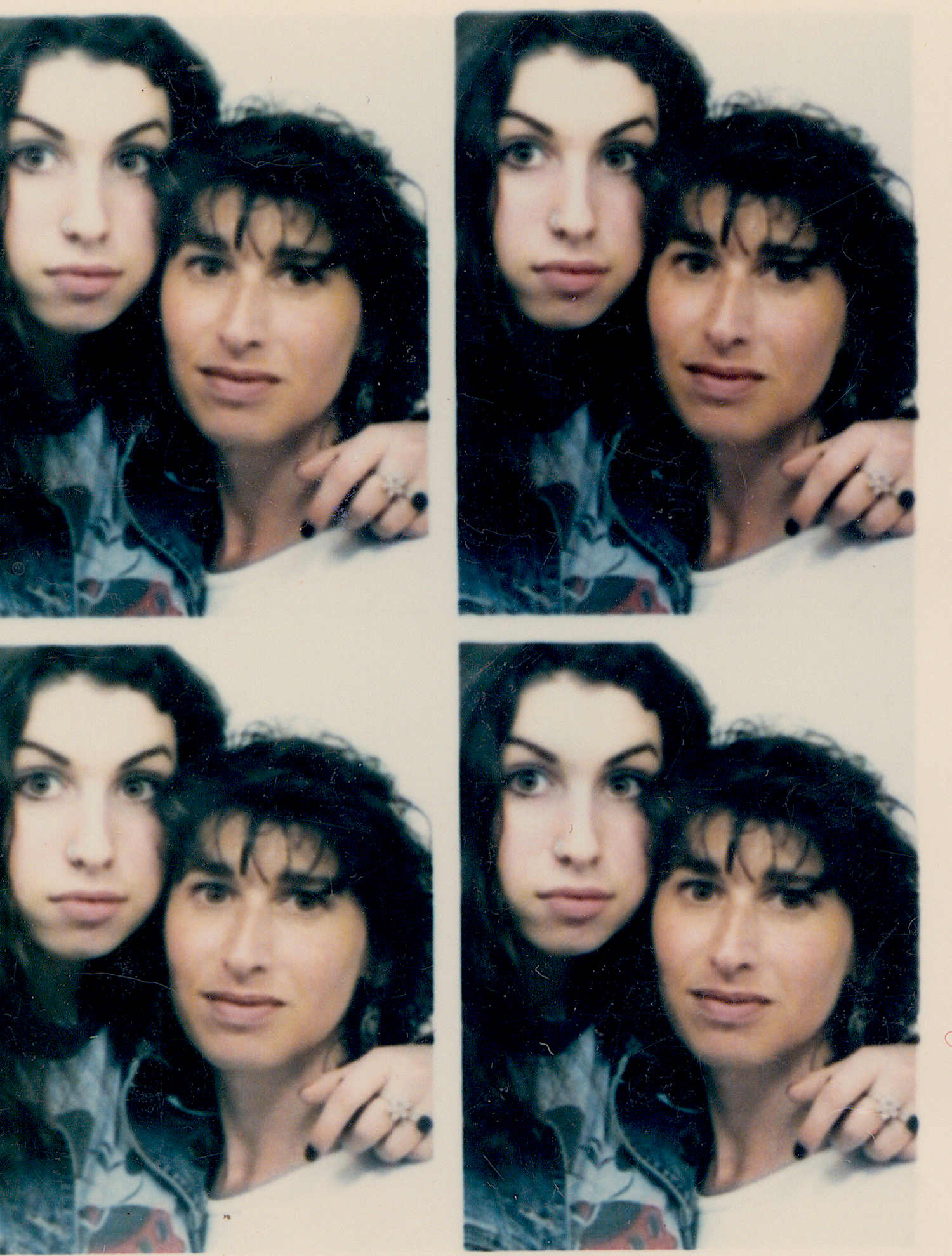 He says: “Just today, I’ve been to see one of their projects, Amy’s Place, where we’ve got 18 young women in recovery. After they come out of treatment, they can stay with us for up to two years.

“This has really helped save lives. People have said that if it hadn’t been for Amy’s Place, they would now be dead.

“I wanted to retire 20 years ago, but now all I want to do is help as many people as we can, and that comes from one person – Amy. She’s our impetus.

“Her music is her legacy – she’s probably the greatest songwriter of our generation – and so too is the foundation. It’s a wonderful thing. I’m very proud, very proud of her.”