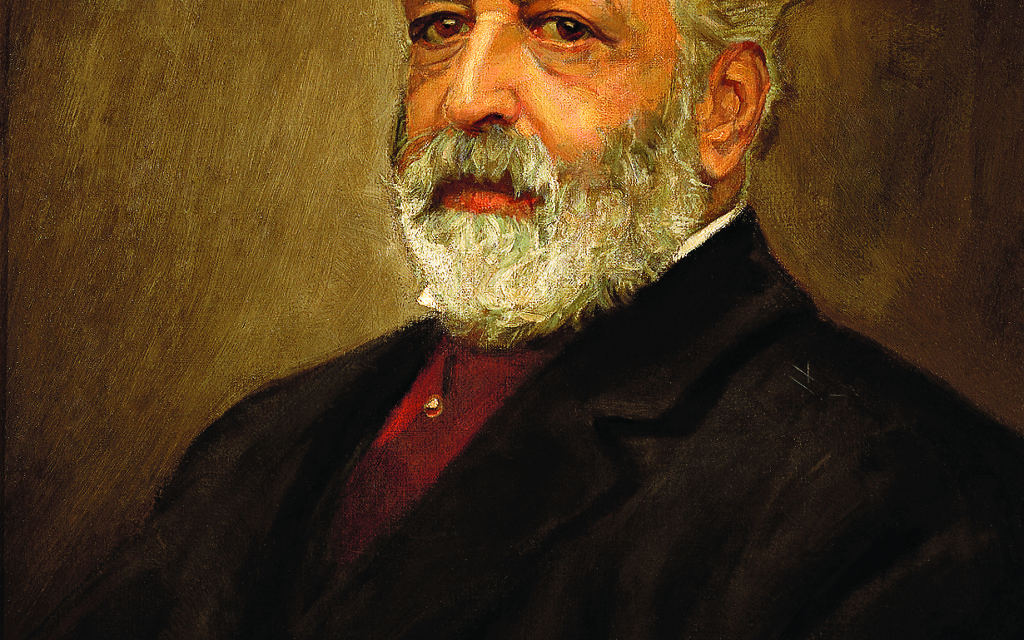 Nathaniel Rothschild (reproduced with the permission of the Rothschild Archive.)

Nathaniel Rothschild (reproduced with the permission of the Rothschild Archive.)

Memories of the first Jewish peer have been revived with a new book. Rebecca Wallersteiner leafs through a fascinating and gilded life

Why has the name of the first Jewish peer, Nathaniel Mayer Rothschild (Natty), faded from public memory despite his extraordinary success?

As head of the Rothschild bank in England, he was a leader of City opinion and world Jewry.

As a Liberal MP, he fought for social justice and knew the political movers and shakers of his day, including Benjamin Disraeli, Theodor Herzl, Cecil Rhodes, Balfour, Edward VII and Asquith. One hundred years after his death, a new biography by John Cooper reveals that Natty trashed many of his personal papers to hide the secrets of his own life and that of his mentor Disraeli, the first Jewish prime minister, making him less attractive to future biographers.

An executor of Disraeli’s estate, he kept hidden that the prime minister had fathered two children, outside marriage. He also handed over correspondence between Disraeli and Queen Victoria to Edward VII, whom he had known at Cambridge University. Born to a controlling and clever mother, Natty learnt to hide his feelings early. She accused him of “hoarding money” but, despite her criticism, his financial acumen helped Britain to overcome its financial crisis in 1914 and saved Russian Jews fleeing waves of pogroms.

Elected several times to the House of Commons, Natty refused to take the Christian oath and so initially couldn’t take his seat. When he eventually did, he hardly spoke. Natty married Emma von Rothschild, a beautiful German cousin who spoke five languages and drew and painted well, with whom he had three children.

His sense of fun was most apparent with children whom he showered with sweets, stories and gold coins. He was also attached to his dog, Snip. Under Natty’s guidance, the Rothschild bank reached the peak of its fortunes, benefiting from British imperial expansion, but also helping to finance it in Egypt and South Africa. Raised to the House of Lords by Gladstone, Lord Rothschild was the first Jewish peer not previously converted to Christianity.

He died in London, after an operation, in 1915 and was buried at Willesden Jewish Cemetery. Although not an easy read, this is an ambitious thought- provoking book full of historical insight to bring an elusive philanthropist back to life.

• The Unexpected Story of Nathaniel Rothschild (1840-1915) by John Cooper is out now in hardback, published by Bloomsbury Continuum and priced at £30