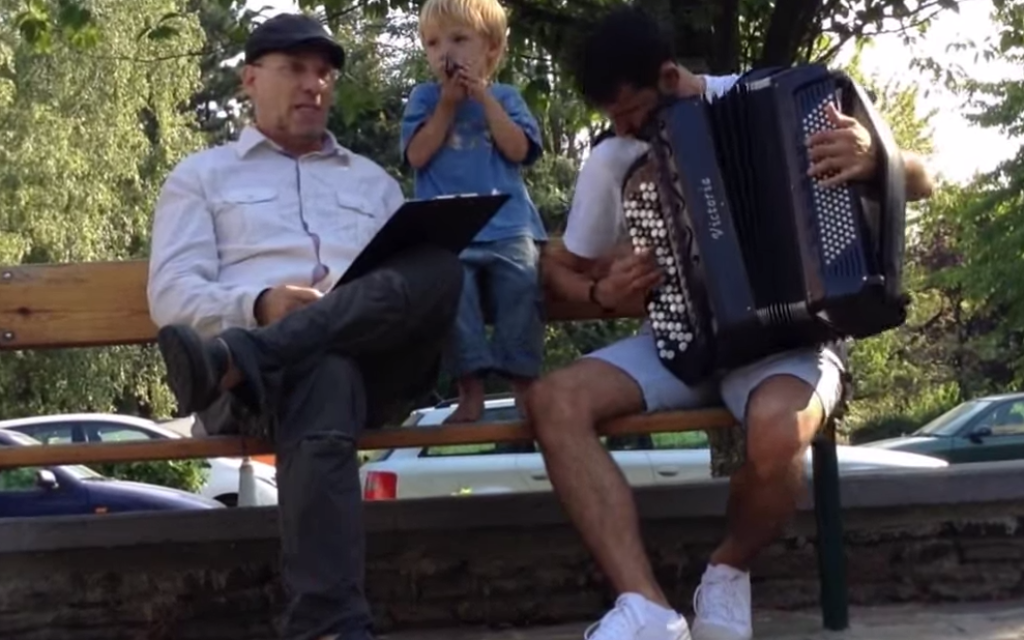 Jewish shepherd Hans Breuer is, at first glance, an unlikely guardian for refugees seeking a new life in Europe – until recently, most of his time was spent tending to his 200 strong flock on a remote Austrian hillside.

Now, however, the musical father-of-two – who has spoken of a connection to the displaced that is “as strong as it is instinctive” – has taken to shepherding a new flock altogether… the thousands of Syrian refugees trekking from Hungary to Austria.

Driven to action after learning that government-run refugee camp Traiskirchen, near Vienna, was running at double its intended capacity of just over 2,000, Breuer has taken to providing migrants with water, fruit and meat – as well as driving them through Hungary to Austria.

The kind-hearted 61-year-old has even had a brush with internet stardom, with a video of him singing Yiddish song Oyfn Veg Shteyt a Boym with his Syrian Palestinian passengers on one of his altruistic trips.

Having learnt Yiddish through his love of world music, he says that songs “written by refugees for other refugees like themselves,” makes him think of home.

“It is also my hope for the refugees I help: That they find a home.”

Breuer’s rural vocation is closely entwined with his urge to help those afflicted by what he sees as the “crime” of Europe’s treatment of refugees. Growing up as the continent slowly pieced itself together in the years following World War Two, he recalls finding his homeland’s relationship with its Nazi past “disgusting”.

His father – a political dissident and journalist who was interned in a concentration camp – sought refuge in Britain during the war, and his mother was tortured by the Gestapo.

He says of the couple: “They weren’t like those couples who survived the Holocaust and never spoke about it.

“On the contrary: They told and told and it dominated my youth. Their refugee experience wasn’t exactly a trauma for me, but it wasn’t too far from that.”

This very personal story is one that will no doubt resonate with Jews across Europe – and Breuer says the refugees’ harrowing tales of escape from ISIS, and the backlash and discrimination they have faced upon arrival in Europe, bring back tender memories of his parents’ own struggles.