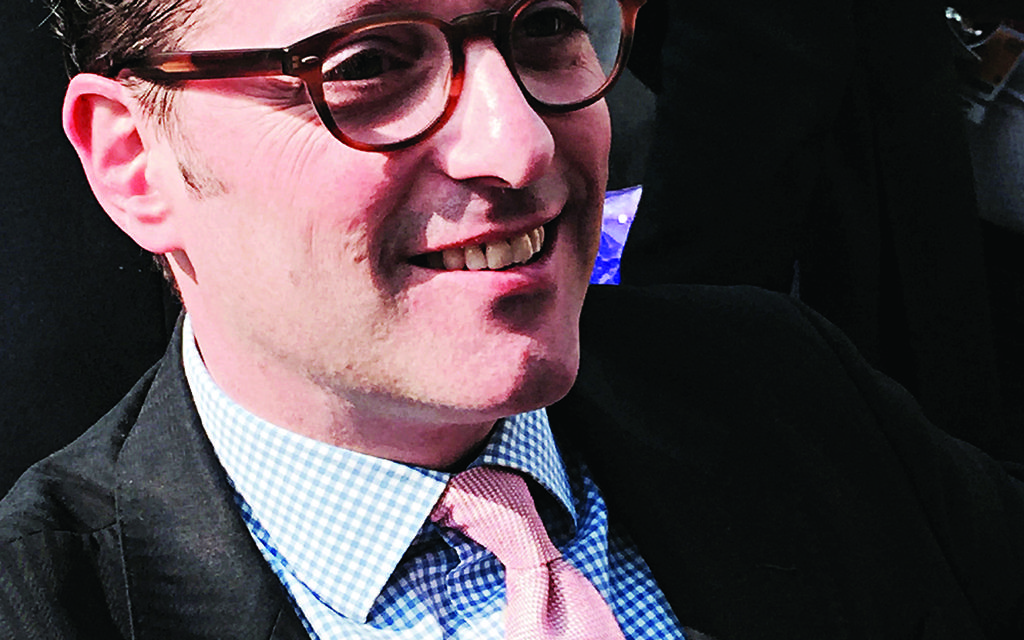 It’s good to talk,” says Doug Krikler, Jami chairman. “People in the Jewish community have been reticent to come forward to talk about their mental health for fear of shame and causing embarrassment. That was the driving force behind the ‘Think Ahead’ campaign launched in May this year, to stimulate discussion within the community and encourage and enable people to reach out for support. Jami has a huge responsibility to lead the debate on people’s preconceptions and misunderstandings of what mental illness is, along with the stigma and taboo associated with it.”

The Think Ahead campaign uses a number of postcard style images to stimulate debate and challenge audiences to think differently about mental health. “It’s led to some interesting discussions,” says Doug. “The feedback has been very positive and we have seen a 140 percent increase in the number of referrals since May, proving that there is clearly a strong need for our services. Part of my role as chairman is to make sure that Jami has the resources in place to deal with the increased demand.”

As head of high net worth business development at Investec, Doug knows a thing or two about finances and is well-placed to advise about resources, but he also has 22 years of experience in professional leadership roles across the Jewish community under his belt, including as founding director of the Jewish Leadership Council and eight years as chief executive of UJIA, where he led a complete overhaul of the organisation’s strategy and structure. Quite an achievement for someone still the right side of 50.

In 2012, Doug made the transition to the commercial world of private banking, but was keen to retain an active involvement in communal life. “I knew of Jami as an interested observer and was always impressed by the organisation, so I was happy to accept the role of chairman when I was approached to do so, particularly at a time when mental illness was becoming increasingly prominent on the national agenda. When I joined in 2013, I admired the services, commitment and professionalism of the charity, but I recognised the opportunity to raise its profile with a view to raising awareness in the community.

“Jami celebrates 25 years in 2015 and I am helping it take the next step in its development. This includes greater collaboration with other service providers and re-thinking our fundraising strategy; our anniversary tea at The Savoy in November will be a great example and something we are all very much looking forward to. We are also broadening our circle of supporters to include younger people who can relate to mental health issues.

“When I visit our resources, I am inspired and motivated by the impact we have on people’s lives and the commitment of the team. Jami is increasingly focusing on peer support workers, where people with lived experience are able to help others and this is a really fulfilling dynamic which is proving most effective.

“In short, our future plans are to raise the issue of mental health in the community agenda, move beyond the stigma and continue to provide the Jewish community with a first-class mental health service and I am delighted to be chairman and help lead the way.”