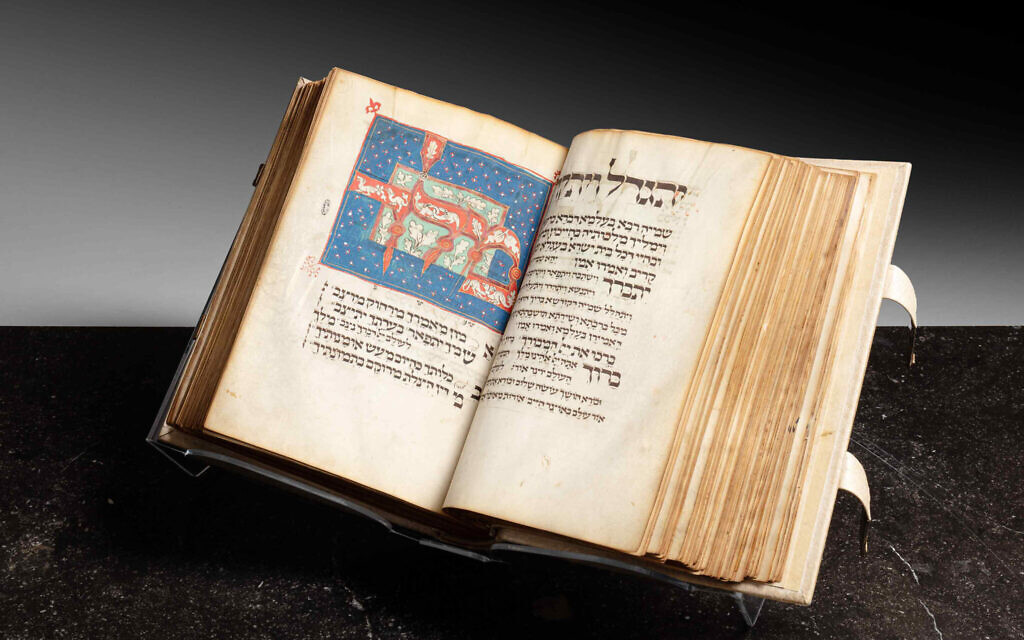 An 700-year-old Jewish prayerbook from Germany, offered for sale by a French Jewish organisation to shore up its finances, sold at auction on Tuesday for £6m ($8.3 million).

The item, which was sold to an unnamed private buyer, comes out of the collection of the Alliance Israélite Universelle, a 160-year-old French Jewish organisation that operates schools in Israel, France and Morocco.

Only one Judaica item has ever sold for more at auction: the Bomberg Talmud from the Valmadonna collection, which sold for £7.76m ($9.3 million) in 2015.

An artefact of medieval Germany that went on to circulate among various Jewish communities in Europe, the Luzzatto Mahzor is handwritten in Hebrew and features colourful illustrations of human bodies with animal heads. 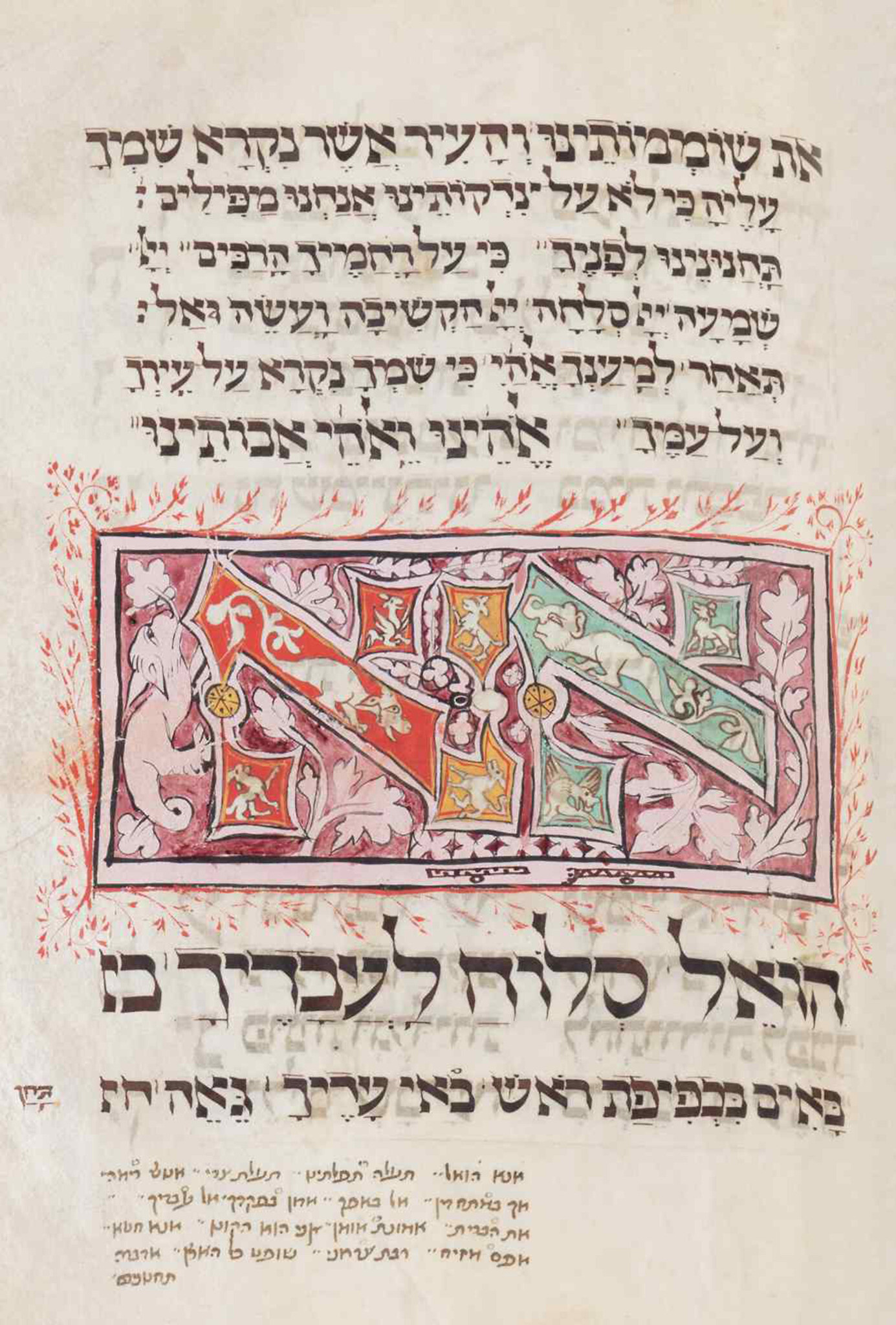 piyyut recited for the martyrs from the Black death

“In my 26 years at Sotheby’s I handled many rare and interesting books,” said Sharon Mintz, the auction house’s senior consultant for Judaica, in a video presentation. “However I have never had an opportunity to sell an early illustrated medieval Hebrew prayerbook and I’d be surprised if I ever have this opportunity again. It is such a rare manuscript.”

The sale offers another sign of just how hot the rare Judaica market has become in recent years in line with the overall market for collectibles.

But the transfer of the book from a library to private hands also points to the increasingly precarious state of some public Judaica collections serving the Jewish community.

In interviews in French media, Alliance representatives said their organisation, which runs an important Jewish library in Paris as well as numerous Jewish schools, is facing an economic crisis.

“The sale is the only solution that will guarantee the survival of the organisation’s library until 2030,” Marc Eisenberg and Roger Cukierman told the French outlet Actualité Juive, according to Haaretz. The money raised from the auction will pay for scholarships, programs for children with special needs and investments in digital education, according to a statement released by Alliance. 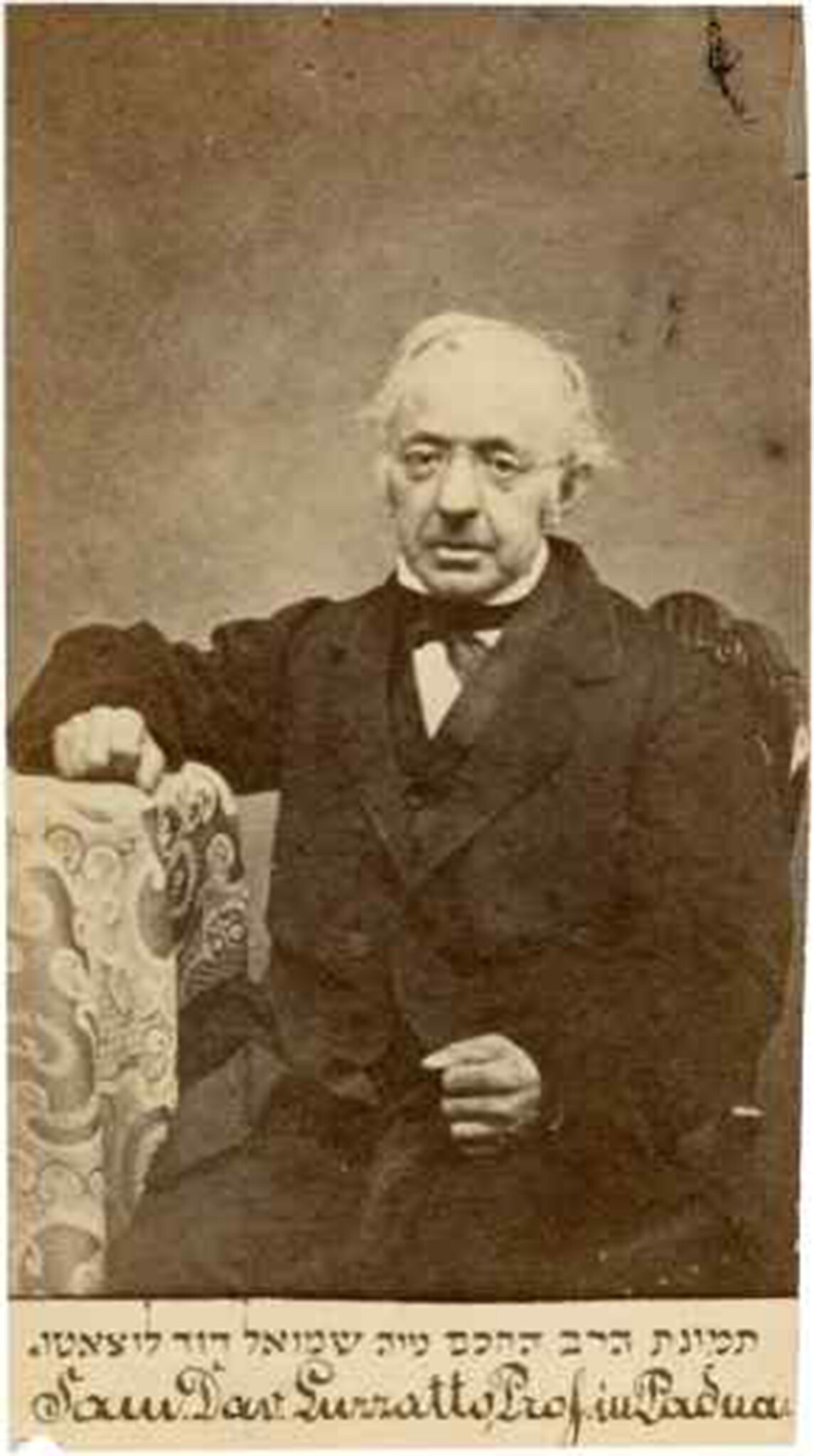 There had been efforts to stop the sale from taking place with some calling on the French government to invoke a law declaring the prayerbook a national treasure.

The disclosure of the sale and the reason for it stands in contrast to recent revelations that the renowned library of the Jewish Theological Seminary had quietly sold off assets to raise funds in recent years.

The winning bidder for the Luzzatto Mahzor has not been publicly named but some hints are available, leading Judaica experts to speculate on the person’s identity.

Sotheby’s said the item went to a “renowned American collector, who has one of the most significant collections of Medieval Hebrew manuscripts in the world.”

In an email to the Jewish Telegraphic Agency, Mintz, the Sotheby’s advisor, gave an additional clue.

“I would add to this that the buyer is known to be very generous in sharing his manuscripts with the public – they have been in many public exhibitions and the buyer also provides access to scholars,” she wrote.

Ironically, the sale to a private collector could end up increasing the public’s interest and engagement with the prayerbook.

According to Mintz, very few people knew of its existence before the auction, and those who did could only examine it in the physical setting of the library. As part of the preparation for the auction, the prayerbook was professionally digitised and reproduced online.

“I am fairly certain that as a result of our research and cataloging and photography, a much larger group of people than ever before now know of its existence and significance,” Mintz wrote. “Should they wish to study it, they are now able to do so 24/7 through the comprehensive digital images.”