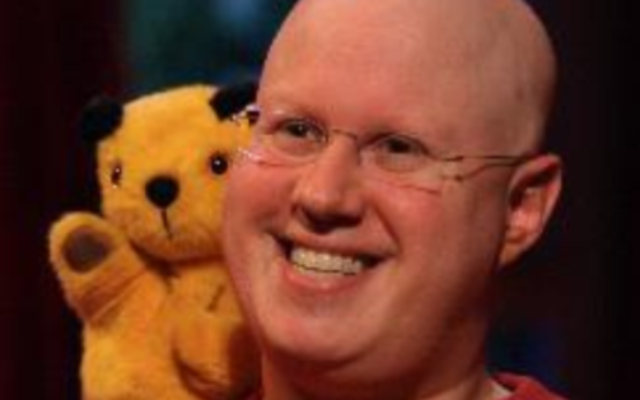 Little Britain star Matt Lucas has been awarded an honorary Doctor of Letters by the university he left to pursue his acting career 22 years ago.

The comedian started an undergraduate degree in Theatre, Film and Television at the University of Bristol in 1993.

He left for what was meant to be a one-year sabbatical to enable him to play scorekeeping baby George Dawes in Shooting Stars in 1995.

His career took off and Lucas did not return to complete his course – creating smash hit Little Britain with fellow Bristol alumnus and comedy partner David Walliams.

Lucas high-fived university chancellor Sir Paul Nurse after being presented with his honorary degree along with graduates at the Wills Memorial Building.

“I stand here before you in receipt of this great tribute. You fools,” he said.

“Walliams will be fuming. He hasn’t got one of these and he’s swum more channels than there are on a Sky Plus box.”

He described arriving at the university and becoming quickly aware that he had enrolled on a “serious course”.

After choosing his favourite film, Singing In The Rain, for his class to analyse, he became aware that it was “an insidious piece of misogynist propaganda designed to keep women in their place and reinforce the wealth and power of the ruling patriarchy”.

“The songs are nice, though, I said, but no one would meet my eye,” he told the packed building.

“What I actually was, though, was an idiot who had clearly stumbled onto the wrong course.

“I was also just generally useless at university life. I had few friends and rarely left my room, unless it was to go and cook something in the kitchen.”

Lucas said that while other students found and challenged themselves, he just walked up and down nearby Whiteladies Road with a cough.

After lectures, he tried to engage his fellow students with conversations about Arsenal or the soap Brookside but “they didn’t really lead anywhere”.

“What I really want to say is thank you very much Bristol University for this extraordinary honour,” Lucas said.

“But here’s my confession.

“This is not the degree that I would have got had I stayed on for my final year because at no point was I going to get a degree.

“I was utterly bamboozled by the content of the course. I understood nothing of it at any point.

“Today, you bring the entire university honours system into question by celebrating a charlatan who left university a year early in 1995 when most of this year’s graduates were still in nappies so that he could indeed wear a romper suit of his own, appear in a Cadbury Creme Egg advert and then do a sketch show with his friend.”