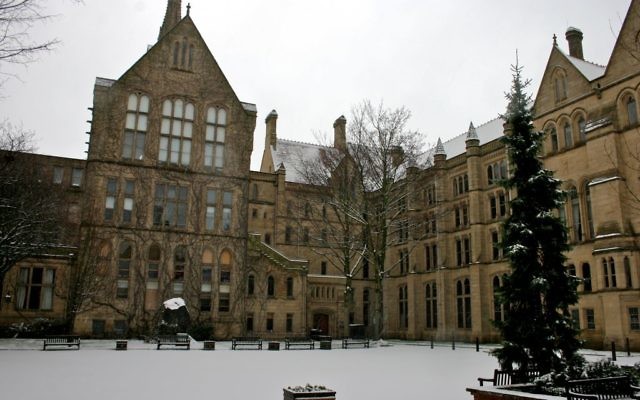 Jewish students in Manchester were left “in a state of distress” this week, after the University of Manchester’s Student Union voted to support the Boycott, Divestment and Sanctions (BDS) movement.

The surprise vote last Thursday, at one of the country’s most prestigious universities, brought criticism from Jewish student representatives, and defiance from Israel advocates on campus.

Frankie Simons, a student at Manchester, said Jewish students “explained the awful impacts the motion would have” but that “dialogue was rejected and the concerns of Jewish students were dismissed”.

She added: “This is not the end of the road for Jewish students in Manchester. We will continue to fight for representation and for our views and concerns to be listened to and accounted for.

Fellow Manchester student Joe Glyn-Davies said: “One of the reasons I came to Manchester was the chance to be an active and proud Jew, but after this, I’m fearful of what saying that means.”

He added: “My Judaism, and my relationship with Israel, is the single greatest element of my identity. University should be a place for self-definition, self-growth and a celebration of self-worth. Now, I am scared to define myself as a Zionist, I am made to feel ashamed of my Zionism, and I can’t possibly grow in an arena that espouses vitriolic abuse and shuts down debate.”

A spokeswoman for the Union of Jewish Students said: “We are extremely disappointed that students voted to reject peace, dialogue and coexistence, in favour of a divisive BDS campaign that has left many Jewish students present in a state of distress.”

She said: “Jewish students who argued against the motion were made to feel as if their concerns about their potential marginalisation were not being heard,” adding that there was now a fear of “potential ramifications”.