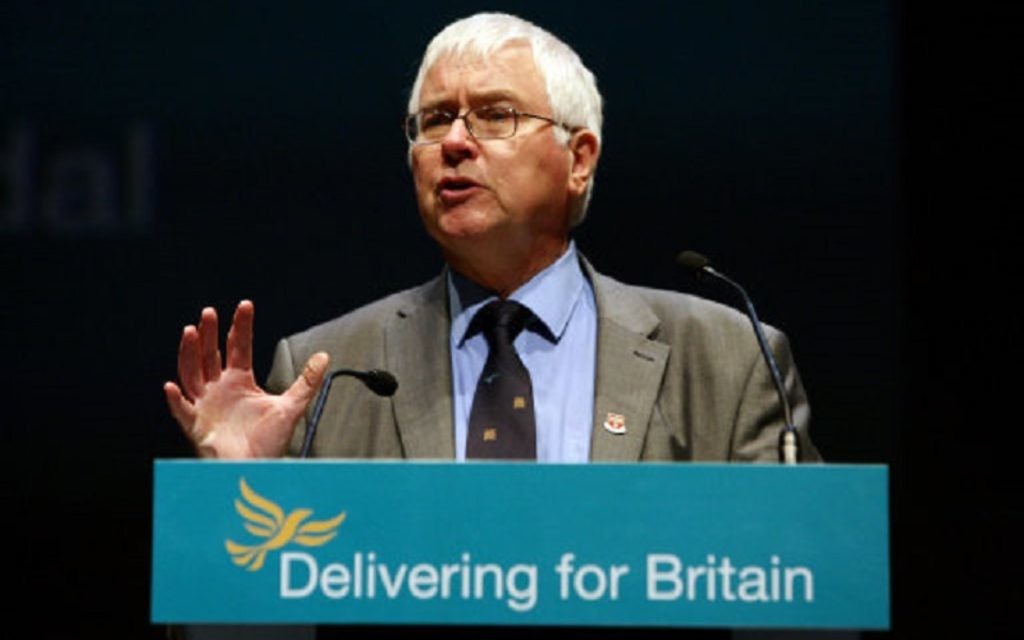 A Liberal Democrat MP was this week accused of a “shocking piece of Holocaust denigration” after calling for the Palestinians’ plight to be given the same prominence as the Shoah in British schools.

Sir Bob Russell was speaking during a debate on the national curriculum in the House of Commons on Monday. The Colchester MP asked Education Secretary Michael Gove about his assertion that there would be more coverage of world history, saying: “On the assumption that the 20th century will include the Holocaust, will he give me an assurance that the life of Palestinians since 1948 will be given equal attention?”

The comments, which come months after fellow Lib Dem MP David Ward was censured for his comments on Israel and the Holocaust, were roundly condemned by community leaders and Holocaust educators.

“These remarks are a shocking piece of Holocaust denigration,” said Jewish Leadership Council chief executive Jeremy Newmark. “There is simply no comparison between the two situations. It is worrying that so soon after the David Ward affair another MP thinks it is acceptable to play fast and loose with the language of the Holocaust in this context.”

Karen Pollock, Chief Executive of the Holocaust Educational Trust, added: “To try to equate the events of the Holocaust – the systemised mass murder of 6 million Jews – with the conflict in the Middle East is simply inaccurate as well as inappropriate.”

The comments come amid an ongoing disciplinary procedure against fellow Lib Dem MP David Ward. The Bradford East MP was censured by his party’s chief whip in January after writing, ahead of Holocaust Memorial Day, that he was “saddened that the Jews, who suffered unbelievable levels of persecution during the Holocaust could, within a few years of liberation, be inflicting atrocities on the Palestinians in the new state of Israel – and continue to do so”.

Despite issuing an apology for “unintended offence” and pledging not to use the term “the Jews” again in that context, he later emailed the Jewish News asking if it would be more acceptable to replace the words “the Jews” with “the Jewish community”.

In response to Sir Bob’s remarks this week, Gove said: “ These are delicate waters, into which I fear to tread too definitively. One thing I would say is that there has been near universal welcome and support for the centrality of the Holocaust and the unique evil inherent in the Holocaust being in the national curriculum. Once one gets on to the position of the State of Israel after 1948, it is probably better if I step back. I have strong views on the matter and I would not wish to impose them on the curriculum.”

Gavin Stollar, of Liberal Democrat Friends of Israel, said: “Bob Russell is a fringe marginal voice in the community. All parties have them sadly.”