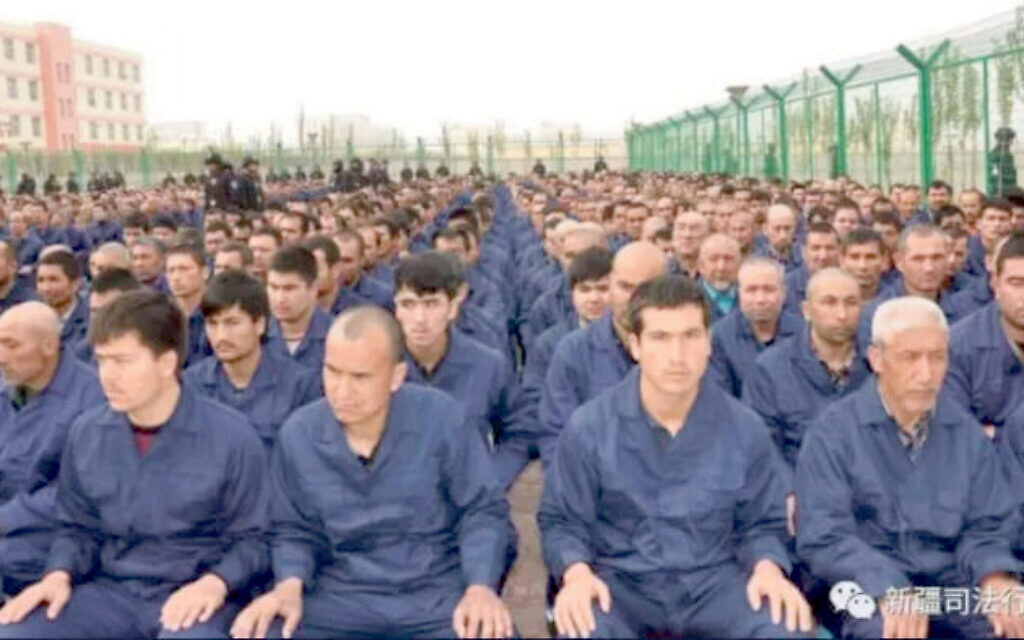 I write to thank the Jewish community for ­supporting the Uyghur cause. Over the past year there have been protests every week and the UK Jewish community was there to support us, including on 22 April when MPs voted to accuse China of genocide.

The Chinese government is openly building mass incarceration camps. There has been systematic rape, mass sterilisation, separation of children from their families. This is all part of an attempt to destroy Uyghur culture.

I’m a victim of this atrocity. Despite the fact that I went abroad to study, with China’s permission, I cannot contact my family. I don’t know if they are alive. The support from you and the British government is so crucial to our cause and shows that humanity still exists.

The great Rabbi Shimon Bar-Yochai, author of the holy Zohar, must have been crying in his grave at the sight of last week’s tragedy on
Lag B’Omer, the day that celebrates his life.

The deaths of 45 beautiful people, and injuries to 150 more, was a monumental tragedy. The premises were clearly not checked out sufficiently and the result was evident for the world to see. This must never be allowed to happen again.

Meanwhile, Israel’s other tragedy is that grown men cannot decide to sit together and form a cabinet. Even Hamas is better at getting things done.

I have children, grandchildren and great-grandchildren in Israel. My love for the country is total. The tragedy of the past week has left a black mark in my heart.

My family is among a group of people waiting for a refund from El Al. We understand that Covid has caused immense difficulties for the airline industry. Had the sums taken a few months to be repaid, most customers would have understood.

However, it has taken more than a year and El Al has refused to provide comment: this is at best disappointing, and at worst shoddy.

As Israel’s national airline, El Al has a special place in the heart of many British Jews but it risks scuppering this. Of course, it needs to fulfil its obligations to refund flights. Not adequately engaging with customers, or providing comment to the media, risks eroding this goodwill.

To borrow a phrase adapted from Dale Carnegie, El Al is losing friends and alienating people.

Some may see alleged Mossad actions attacking nuclear power generation in Iran as provocative, but Iran’s response, threatening to up uranium enrichment to 60 percent, is disproportionate and clearly a threat to produce nuclear weaponry. This confirms the necessity for the attack in the first place.

Our community has been at the forefront of efforts to undo the work of the far-right in this country and drive it to the political fringes. It is a pity, therefore, to see Reform Judaism slinging such a ­label at one of the candidates in this year’s Board of Deputies leadership contest and an even greater pity to see Jewish News stooping to justify such name-calling.

Those of us who fought the real far-right know neither candidate is deserving of such a label. I hope both candidates will condemn its casual use.

I was astonished to read that someone hoping to become the next president of the Board of Deputies has been seen to take no action to prevent a woman banned by the Board for racism from supporting his campaign behind the scenes.

Jonathan Neumann has every chance of unseating the current president. He seems motivated and intelligent. Yet he does himself no favours by allowing his campaign to be hijacked by those who do not benefit his candidacy nor, indeed, the wider community.

Recent demonstrations at French embassies around the world highlighted the horrendous murder in Paris in 2017 of the Jewish schoolteacher and doctor Sarah Halimi and the decision that the person who caused her death could not be held responsible owing to his heavy use of cannabis.

Unless the law acts accordingly in handing down appropriate sentences, France will be an unsafe place for Jews.

I was interested to note the juxtaposition of two articles in last week’s newspaper. The first on UK Labour making overtures and expressing remorse to the Israeli Labor Party over antisemitism, while the second showed Labour shadow ministers  attacking the government for criticising the International Criminal Court’s unlawful investigation into Israel. To paraphrase a saying from 1997: “Same old Labour, same old danger.”

On 3 May 1945, the world’s worst friendly fire incident in history occurred. Still the silence is deafening. The RAF killed more than 7,000 survivors of Nazi concentration camps, one day before Britain accepted the surrender of all German forces in the conflicted areas.

Thousands of prisoners, mainly Jewish with Soviet POWs and others from the camps in Germany, were marched to the Baltic coast to board three ships: Cap Arcona, Thielbek and Athen in the port of Lübeck. Almost 10,000 prisoners in total.

The RAF used deadly Hawker Typhoon fighter bombers for the assault, leaving just a few hundred survivors from the 7,000. The Germans retaliated their fire from the shore at those who had jumped into the water. Obviously the RAF High Command and pilots were unaware of the enemy identification, so no blame can be cast upon the RAF. Why, then, will the RAF not release this information for 100 years?

At least in Germany a memorial is in place. Even in Russia today, the many thousands of Jews who served and fought with the Soviet Red Army against the Nazis is now recognised. Are the Jewish establishment leaders aware of this snub and will they now check the details more fully online and request the RAF command to let the details be aired before the
announcement might be made within a couple of lines hidden somewhere in a report.

If we believe the memory of those who perished is truly a blessing, then let words be transferred into action.

Board needs an overhaul

He should get out more into the rank and file of Anglo Jewry, where he would discover that, increasingly, the Board of Deputies is regarded as an irrelevant, useless, politically correct talking shop that doesn’t address the real issues facing us – all the while raking in ‘voluntary’ contributions from the unsuspecting community.

In a month in which we heard from the Board’s leaders about the Uyghurs, climate change and the traveller community, worthwhile causes though they may be, Israel Apartheid Week, the annual obscenity causing hardship to our students, wasn’t even mentioned.

Leadership challenger Jonathan Neumann is an outstanding candidate, who has already achieved much quietly, such as Being instrumental in changing UK law to block councils from engaging in BDS [boycott, divestment and sanctions].

If he wins next month, he would transform the Board into what it was created to do – namely put the protection of Jewish interests at the top of the agenda.

Uyghurs will thank you

I would like to thank Jewish News for persistently lobbying on behalf of the Uyghurs.

Your coverage last week on plans for a demonstration in Parliament Square supporting the vote to recognise the genocide resulted in people coming to the event clutching a copy of the JN saying they had just read it and decided to attend. The motion passed unanimously, whereupon the Uyghur community present applauded and cheered, then burst into tears.

It was like reliving the newsreels recording events as the UN voted to establish Israel, when people danced and cried in the streets of Tel Aviv for joy.

Before the vote, I addressed the rally, saying it is not only the Holocaust that is responsible for the huge Jewish support for the Uyghurs. There are other episodes in our history that make us sympathetic.

I told the crowd how we were in the middle of a 33-day period of mourning for the deaths of 12,000 pairs of rabbinic leaders and teachers during the Bar Kochba rebellion against the Romans. Although the Talmud (Yevamot 62b) attributes these deaths to plague, Rabbi Sherira Gaon (10th century, Yeshiva of Pumbeditha, modern Fallujah) says a decree of persecution was made against them by the Romans who imprisoned, tortured and killed them over this period. Jerusalem was later flattened and renamed (Aelia Capitolina) and Israel was given a new name (Syria-Palestina).

The parallel with the early internment of the Uyghur religious leaders, artists, teachers and professors and with the renaming of the Uyghurs’ ancient homeland as Xinjiang (New Frontier) was clear.

Afterwards, many came up and thanked me for the Jewish support and mentioned the Jewish News coverage

If that doesn’t make you feel being a journalist is worthwhile, nothing will! I don’t know what the Uyghur is for chazak u baruch or shekoyiach, but you’ve earned both!