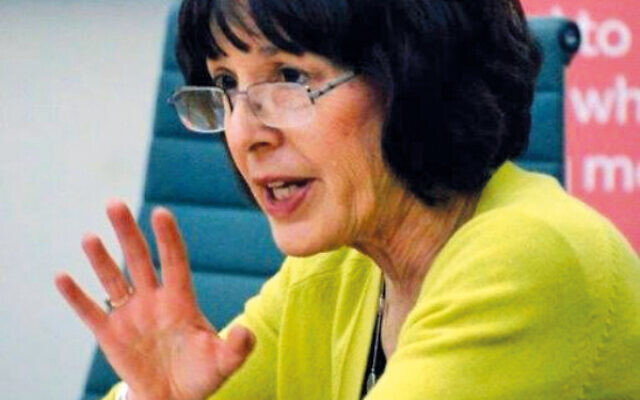 Edie Friedman of JCORE speaking in a Parliamentary committee room.

I was horrified to read that the Board of Deputies rejected the application from JCORE to become a member (Jewish News, 29 July 2021). Your headline “Fury at snub to refugee body” accurately reflected my own response. Having now watched a recording of the debate, I despair at the crass ignorance and loss of moral compass shown by some deputies.

I was privileged to serve as an elected ­member of the Board for four decades, culminating in spending six years as its vice president/treasurer. But it wasn’t until I subsequently became a trustee of JCORE that I fully appreciated the critical role our community can fulfil in the national debate on race relations and treatment of refugees.

As an asylum judge, I saw in my ­professional life every day what an awful ordeal many asylum seekers and refugees had to suffer. I am so enormously proud of JCORE for offering practical assistance to refugees in so many ways. I finally understood the words from the Book of Isaiah that Jews should be “a light unto the nations”.

For members of the Board to believe that such a worthy organisation does not deserve a place on our representative body conveys an abysmal message to the wider community about our values and traditions.

Until the Board favourably reconsiders this application, it remains a sadly diminished organisation.

The moment’s silence at the Tokyo Olympics opening ceremony, in respect of the slain Israeli athletes at Munich in 1972, must have brought back shocking and haunting memories for Israeli families whose loved ones were killed by terrorists five decades ago.

It reminded me of my own attendance at said Olympics, which I recollect most clearly, especially the day of the massacre, when I witnessed first-hand the authorities racing towards the Olympic Village. I was leaving the area to drive to the airport for my return to London and as flights were heavily delayed, I watched on the TV in horror as the events unfolded.

What amazed me was that there was no consideration to abandon the Games after such a heinous murderous act, only a short delay and a little hand-wringing with a message that the Olympian ideals must carry on.

In every subsequent Games there has been scant recognition of that dark day – until now. Until this long overdue acknowledgement in Japan, any hope we had that the Olympics would even attempt to remember the murder of innocent athletes appeared to be a futile exercise.

She’s wrong that a two-state solution is the only route to solving the conflict’s “tragic complexities”. For Israel, it would be the “peace of the grave”, resulting in the “Auschwitz borders”. The Palestinians were given all they demanded in 2000 and 2008 yet rejected the offers of a state without giving counter offers. Why?

Far from “complex”, the conflict is simple. The Palestinian Charter calls for Israel’s destruction, as an “illegal entity”. The Palestinian Authority syllabus teaches children from a young age to hate Jews; maps of the region show only ‘Palestine’ covering the entire area. No call to create a Palestinian state was ever made between 1948 and 1967 when the West Bank was illegally occupied by Jordan and it became Judenrein. Why not?

Golda Meir, in her 1970 Thames TV interview, stressed the conflict was about ideology, not territory. The Arabs don’t want Jewish sovereignty in any form.

I want to go to Israel to visit my son, whom I have not seen for two years, and my grandson, whom I have never met. Yet Israel seems to keep changing travel rules. Now it appears I must give 20 days’ notice of intention to travel. They need a signed letter from a doctor on headed paper to prove I have had two jabs, but most doctors in the UK do not provide this. I feel Israel makes it deliberately difficult.

Without wishing to prolong the agony of the discussion, I believe that as Ben & Jerry or Unilever feel differently about the supply of their goods to genuine occupiers such as Turkey (Northern Cyprus), China (Uyghurs), Russia (Ukraine) and other guilty countries – of which there are many – than they do about Israel and single out only the Jewish state for boycott, the company can be fairly accused of an anti-Israel bias.