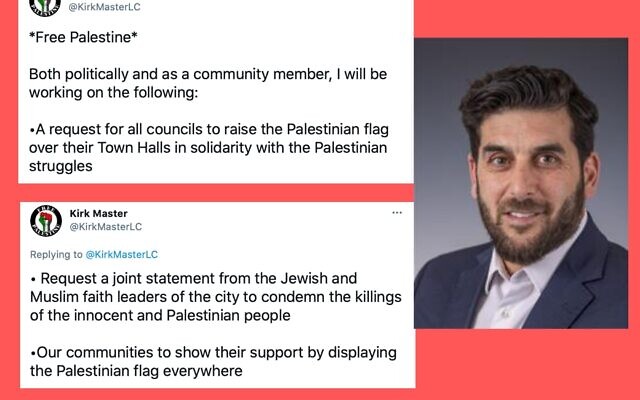 Labour’s assistant mayor of Leicester has sparked anger after demanding that Jewish and Muslim faith leaders in his city sign a declaration to “condemn the killings of the innocent and Palestinian people.”

Kirk Master, the assistant city mayor for neighbourhoods, also demanded that in the city:  “Our communities to show their support by displaying the Palestinian flag everywhere.”

He wrote also  that he wanted “our Faith Council to produce a statement condemning the Israelis occupation and apartheid.”

But Master claimed: “This is not against our Jewish brothers and sisters whom many stand by our sides. This is against Crimes towards humanity that cannot be ignored.” 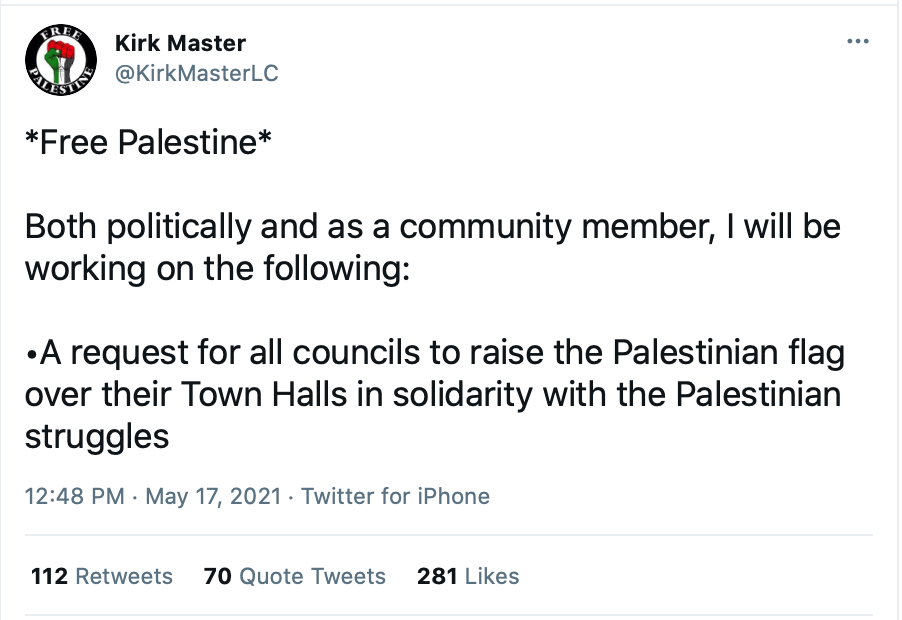 Call to fly the Palestinian flag

Master, a former deputy police and crime commissioner in the East Midlands city, was widely criticised after posting the one-sided statement on social media.

Rupert Matthews, the Leicester, Leicestershire & Rutland Police & Crime Commissioner, reacted with anger to Master’s statement, and demanded he remove reference to his past role as deputy police and crime commissioner from his Twitter profile.

He wrote on his personal Twitter page: “You are no longer the Deputy PCC for Leicestershire. Please remove this from your Twitter handle. I do not want either my office nor myself to be associated with your views.”

Elsewhere, Chris Williams, a historian, said: “We need to disaggregate politics of support for Palestine from positions by Jewish people in Britain.”

“Thus, they ought not be challenged, individually or jointly, about behaviour of state of Israel.” 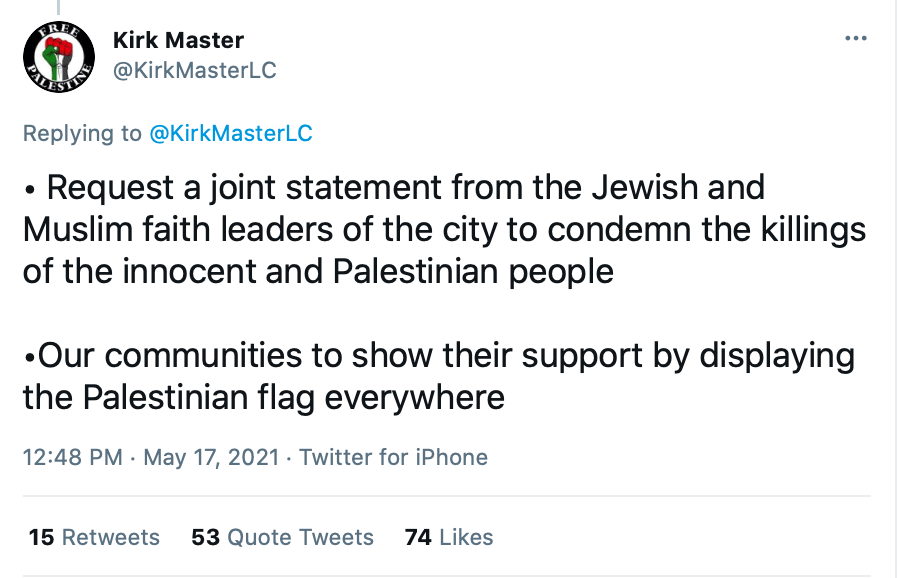 Call for a statement from Jewish and Muslim leaders

Labour MPs aligned to the left-wing Socialist Campaign Group has been amongst the vocal pro-Palestinian voices in Westminster.

But there has also been a noticeable increase in partisan support for the Palestinian cause amongst Conservatives.

Former Foreign Office minister Sir Alan Duncan, wrote on the Conservative Home website: “The last few weeks have starkly illustrated that the UK government has been living a lie for years. Its policy, such as it is, exists in a moral vacuum.”

Chris Doyle from the Council for Arab-British Understanding told the Guardian: “There may be a change in outlook. It was noticeable how many Conservative MPs last week in the Commons criticised Israel security forces’ role at al-Aqsa mosque.”