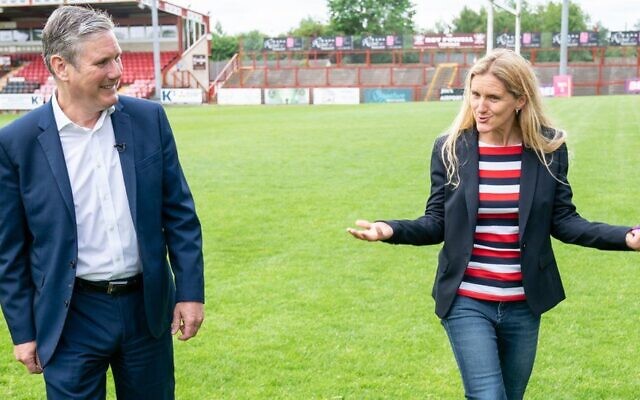 Labour deputy leader Angela Rayner has promised an investigation into comments attributed to a party official after they were criticised as “patently vile” Islamophobia.

Her vow on Sunday came after the individual reportedly linked the party “haemorrhaging votes among Muslim voters” with leader Sir Keir Starmer’s efforts to combat antisemitism.

The implication of the claim ahead of the Batley and Spen by-election was that Muslims are abandoning the party because they are against fighting anti-Jewish racism.

The Labour Muslim Network said “this is a patently vile, Islamophobic briefing”.

“This racism needs to be challenged urgently and publicly by the Labour leadership and the party as a whole,” a statement added.

The Mail on Sunday had quoted the “senior Labour official” as saying: “We’re haemorrhaging votes among Muslim voters.

“And the reason for that is what Keir has been doing on antisemitism. Nobody really wants to talk about it, but that’s the main factor. He challenged (former leader Jeremy) Corbyn on it, and there’s been a backlash among certain sections of the community.”

Ms Rayner said: “As deputy leader I want to make clear publicly that these comments that are being attributed to a member of Labour Party staff in a newspaper today are not a Labour Party response or statement, are completely unacceptable and are not condoned or sanctioned in any way by the party.

“I will be ensuring that the party investigates this reported comment in line with our party’s rules and processes. Anybody who has made these comments should and will be dealt with in line with our independent disciplinary procedures, which I have no role in as deputy leader.”

The investigation came as concerns grew over Labour’s prospects in the July 1 by-election in Batley and Spen, the former seat of Jo Cox where she was murdered in 2016.

A new poll put her sister, Kim Leadbeater, on course to lose the heartlands constituency in Yorkshire to the Conservatives.

The Tories were on 47% – up 11% from the 2019 general election – while Labour was on 43%, according to Survation’s phone poll of adults earlier this month.

George Galloway, the former Labour and Respect MP, was in a distant third place on 6%, with indications some of those votes had come from Labour as he tries to oust Sir Keir.

He would face heightened questions about his leadership if Labour loses that by-election, having been defeated by the Tories last month in the former stronghold of Hartlepool.