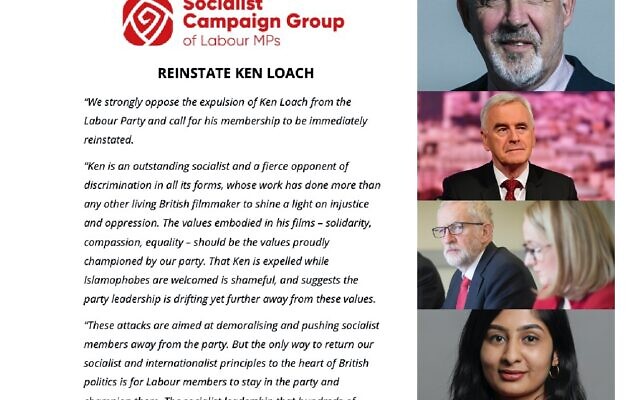 A leading member of Labour’s ruling national executive committee has slammed the left left-wing Socialist Campaign Group after they released a statement calling for Ken Loach to be reinstated to the party.

Luke Akehurst labelled the list of 25 MPs and Peers who signed the statement as “grim” adding they represented “people who don’t take tackling antisemitism seriously.”

Monday’s statement praised film-maker Loach, who confirmed his expulsion from Labour at the weekend, as an “outstanding socialist” and a described him as “a fierce opponent of discrimination in all its forms.”

Amongst the 18 Labour MPs to put their names to the statement are ex shadow home secretary Diane Abbott, along with ex-shadow chancellor John McDonnell, Rebecca Long-Bailey, Zarah Sultana and Jon Trickett.

Five members of the House of Lords – including Christine Blower and Pauline Bryan – also add their names to the list of supporters.

Jeremy Corbyn and Claudia Webbe – who are both suspended as Labour MPs – are also signatories of the SCG statement. 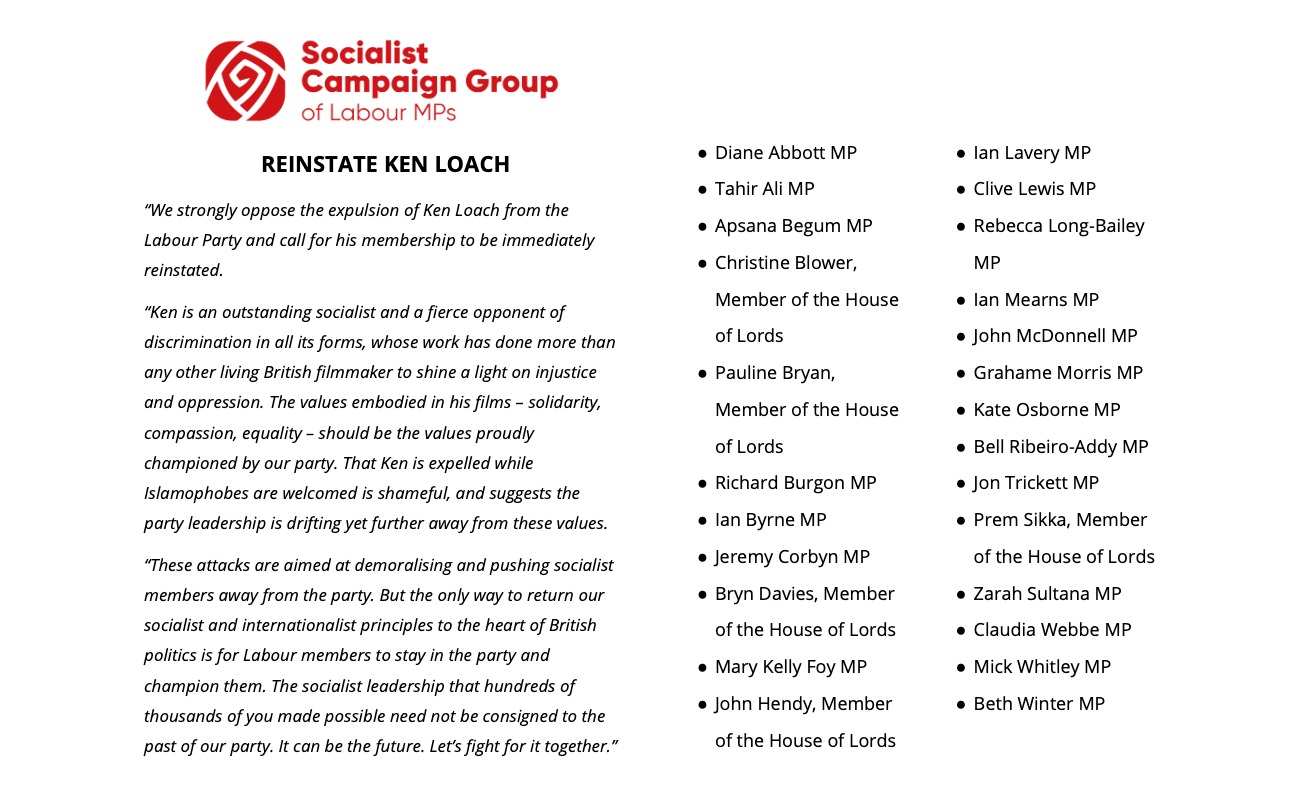 NEC member Akehurst said the 25 individuals had “bizarrely” choosen to make Loach’s expulsion “the primary point of their conflict with the current leadership of the party”.

Akehurst added the “obvious lesson the hard left need to learn is to separate itself from antisemitism.”

I, Daniel Blake and Kes film director Loach was expelled from Labour over his involvement with the now banned Labour Against The Witchhunt group.

Labour’s NEC had voted to proscribe the group, along with three others, last month in an attempt to clamp down on those downplaying or denying allegations of antisemitism in the party.

The SCG statement, which was backed by its secretary Richard Burgon MP, was by no means supported by the entire grouping of MPs and peers in both Houses.

According to the latest published statistics, the SCG has 68 members sitting either in the Commons or the Lords.

The statement also suggested that under Sir Keir Starmer’s leadership “Ken is expelled while Islamophobes are welcomed.”

A senior Labour source told Jewish News: “There have been greater rebellions against a Labour leadership than this one.

“It is telling that one-third of those to have signed the SCG statement on Ken Loach are not even Labour Party MPs.”