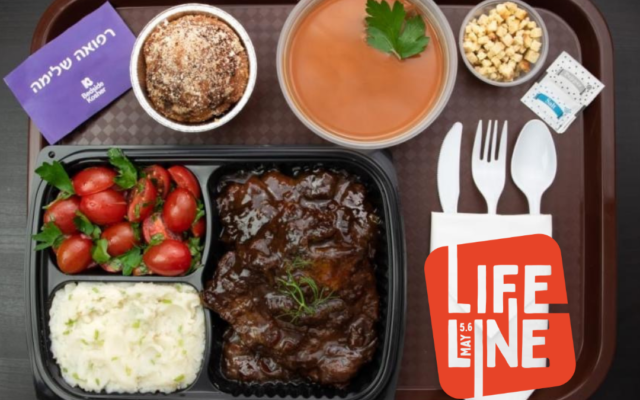 A kosher meal service for Jewish patients in hospital has raised more than £350,000 in 36 hours to fund its Life Line campaign.

The initiative, which sought to raise half-a-million pounds overall, was launched on Wednesday after demand for Bedside Kosher meals soared over the past year due to the impact of the pandemic.

Bedside Kosher has so far delivered 50,000 fresh hot meals to over 50 hospitals across London, the South East and Manchester. This includes  breakfast, Shabbat and Yom Tov meals along with snacks and child-friendly options – some of which are currently unavailable in UK hospitals.

Speaking to Jewish News, its chair Ari Feferkorn, heralded the “unbelievable” campaign which had more than 9,000 donors from across the UK.

He said there was “support from the entire community – from Manchester to Borehamwood to Stamford Hill.” 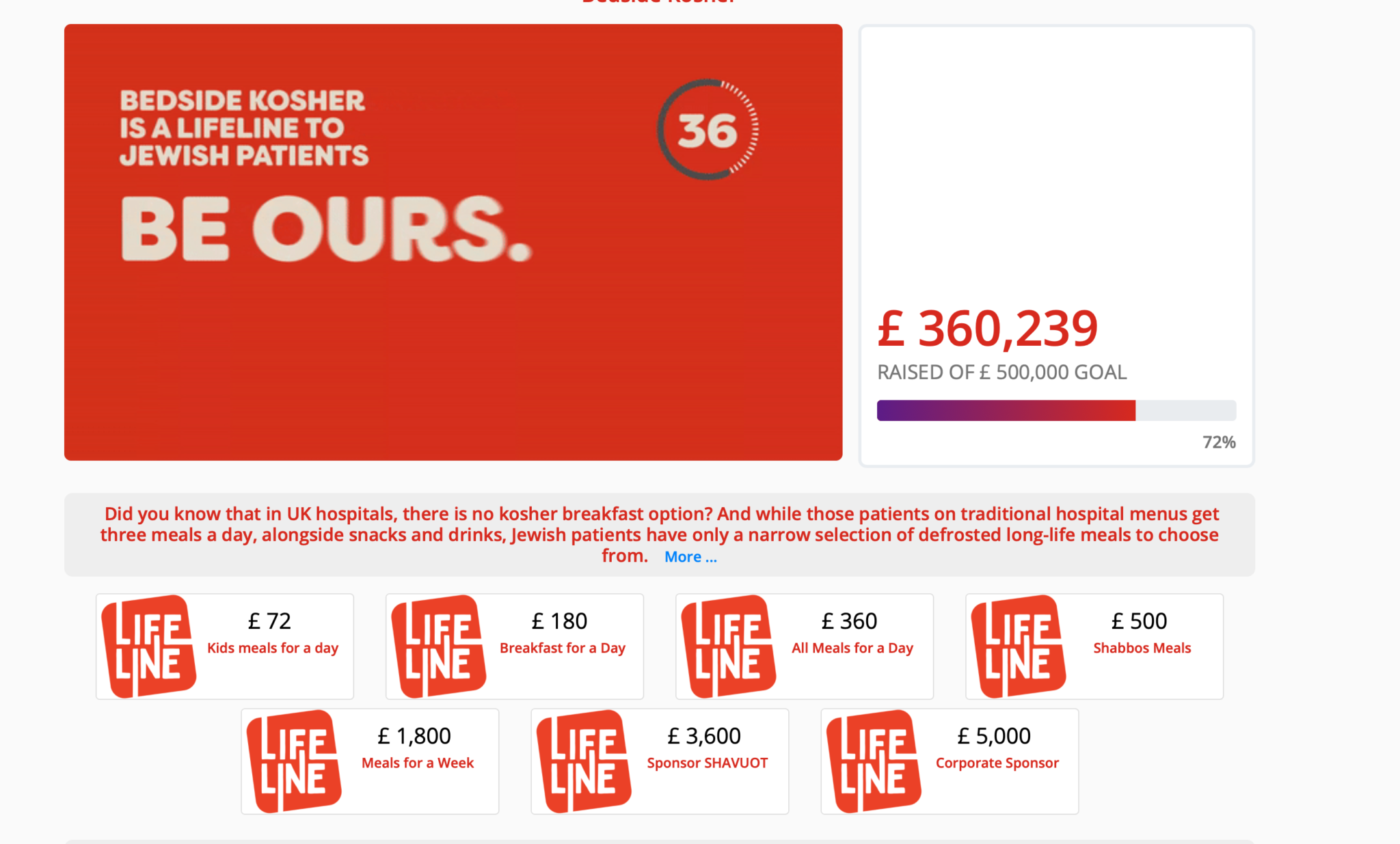 Feferkorn said it “didn’t have any matches, big donors or commitments”, as he praised supporters for chipping in with smaller donations. His biggest single donation was a family who gave £3,600, he said.

“Everything costs money” he added, noting that “we have three hubs in Golders Green, Stamford Hill, and Manchester, with fridges, stock, containers, adverts, PR, answering phones and accountants”, with the funding likely to “keep us going for a while”, about a year, he said.

After passing £360,000 by Friday lunchtime, he said it has “just been the community supporting the community”, as he hit back against people who told him  he’d have “no support on this as nobody’s interested in change.”