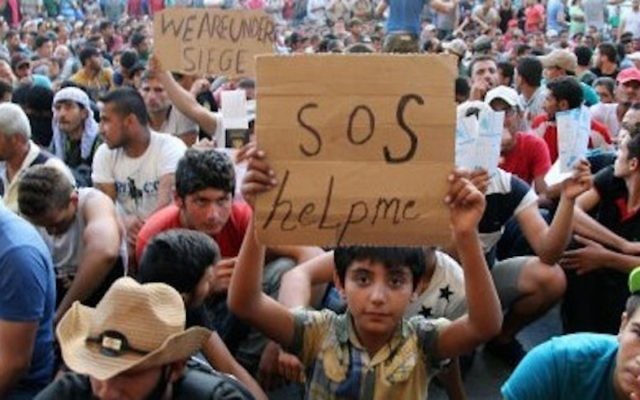 The head of a committee of Jewish refugees who fled to Britain on the Kindertransport has blasted the government’s decision to close its doors to child migrants after admitting only 350.

Sir Erich Reich, who arrived in the UK aged four, and whose parents were subsequently murdered at Auschwitz, said the government had “gone back on its word” to bring in 3,000 unaccompanied children to the UK for safe haven.

“It is, to put it mildly, unacceptable,” he said, after news that Theresa May had agreed to close a system of entry championed by Lord (Alf) Dubs, himself a Kinder.

“Why suddenly are we unable to give more than 350 unaccompanied children security? Their lives are in danger and many have either disappeared or been caught up in crime and prostitution just to survive, through no fault of their own.”

His comments echoed the anger felt across the Jewish community, and Board of Deputies’ president Jonathan Arkush expressed its overwhelming “concern” in a letter to Home Secretary Amber Rudd, urging her to reconsider.

Many in our community came to the UK as frightened and vulnerable young children and were welcomed into this country,” he said.

“We expect that other communities who are in need receive the same treatment. We therefore urge you to reconsider the number of children you are able to help.”

Yesterday Dubs said: “At a time when Donald Trump is banning refugees from America, it would be shameful if the UK followed suit by closing down this route to sanctuary for unaccompanied children just months after it was opened.”

He added that it would be a “terrible betrayal” of Sir Nicholas Winton’s legacy, recalling the British man who, in his 20s, went to Czechoslovakia, forged documents and arranged the escape to Britain of 669 mainly Jewish children.