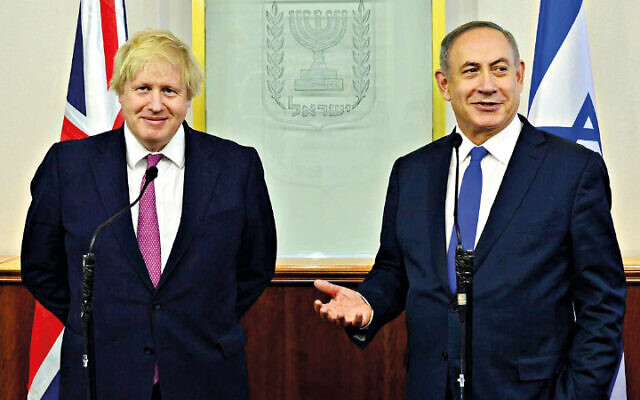 Boris Johnson has reiterated to Benjamin Netanyahu the UK’s support for a two-state solution to the Israeli-Palestinian conflict in the wake of Donald Trump’s plan for the region.

Tensions have soared in the countries since the US president outlined his Middle East initiative, which greatly favoursIsrael and was rejected by the Palestinians.

The plan would allow Israel to annex all of its settlements and large parts of the West Bank – sparking calls from Israeli nationalists to do so immediately.

In return, it would grant Palestinians limited autonomy in scattered enclaves surrounded by Israel, but only if they met nearly impossible conditions.

Downing Street said the Prime Minister “underlined the UK’s longstanding view on the importance of a two-state solution” when he spoke to his Israeli counterpart on Thursday afternoon.

A Number 10 spokesman said the pair “discussed the United States’ proposals for peace between Israel and the Palestinians and the Prime Minister reiterated his support for US efforts”.

He also underlined the UK’s longstanding view on the importance of a two-state solution, with Jerusalem as the shared capital of both sides, and our opposition to the unilateral annexation of territory.

The spokesman added: “The leaders agreed that we should continue to strengthen our bilateral relationship following the UK’s departure from the EU, including in areas such as trade.”