Londoners of all faiths formed a “human circle of solidarity” at one of the capital’s biggest mosques on Friday.

The gathering, called ‘London Is One’, was organised after a week which saw news of a 36 percent rise in anti-Semitism, Donald Trump’s controversial travel ban on citizens from seven Muslim countries and a deadly attack at a mosque in Quebec.

Faith leaders marked the event by linking arms around Wightman Road Mosque during Friday prayers, holding signs reading ‘London is One’, and ‘Build Bridges  Not Walls.’

At the event Laura Janner-Klausner, senior rabbi to the Reform movement, was joined by Imam Ajmal Masroor and the Bishop of Edmonton, Rob Wickham.

Rabbi Janner-Klausner said: “We are here because we are showing with our bodies, that we have solidarity across the faiths. In a week which we have seen the Muslim ban, Quebec murders and a 40 percent rise in anti-Semitism, it’s time to say: nothing else will happen here. We will stand in solidarity, forming a circle that will ripple out to other circles.” 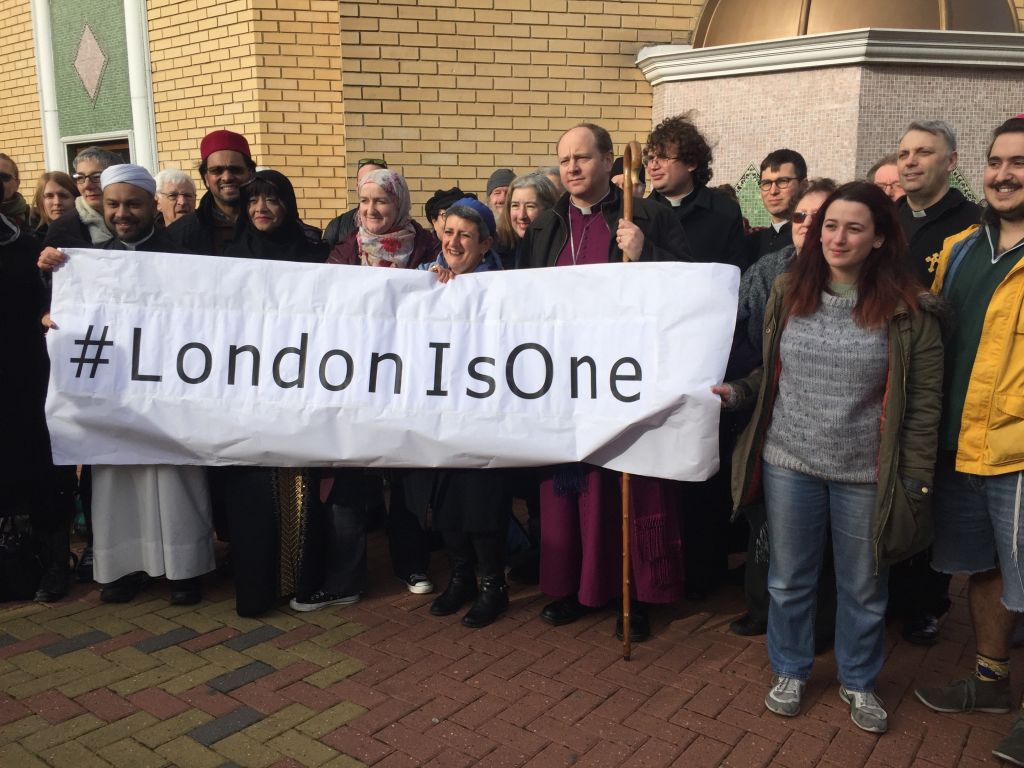 Imam Masroor said: “It’s important for all of us to stand together, especially at times like this. Muslims are feeling increasingly isolated. This is when our Christian and Jewish friends, and people of faith and no faith, come together, and give a lending hand and shoulder to lean on. Hopefully we shall overcome this difficulty, this terrible ban, and this bigotry sweeping the world.” 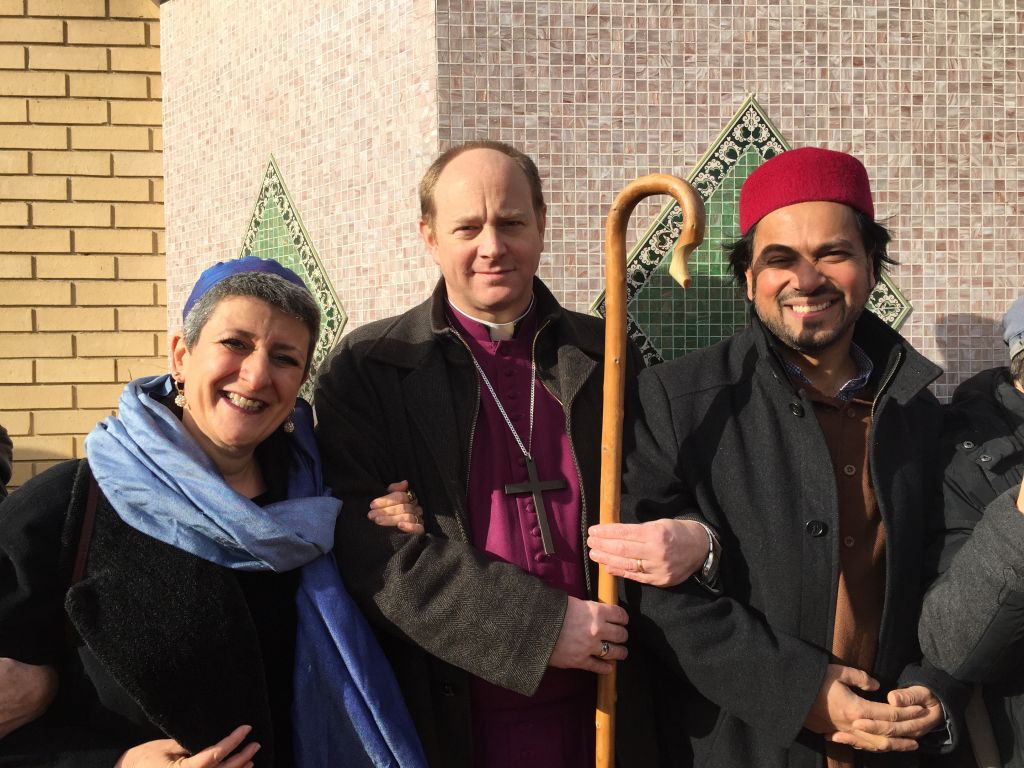 Bishop Whickham added: “it’s a clear demonstration, the three of us standing together, that London is united. United to make a stand against any kind of faith community being persecuted in any way.”

Labour MP for Tottenham David Lammy was also in attendance. He told Jewish News: I”’m here because this is a fantastic example of our interfaith community coming together across London. Led very much by our Jewish and Muslim friends, saying what we’re seeing around the world we won’t stand for here.”

The event was sponsored by the London Faiths Forum, Reform Judaism, the Christian-Muslim Forum, Islamic Society of Britain and HOPE Not Hate.

Posted by The Jewish News on Friday, 3 February 2017