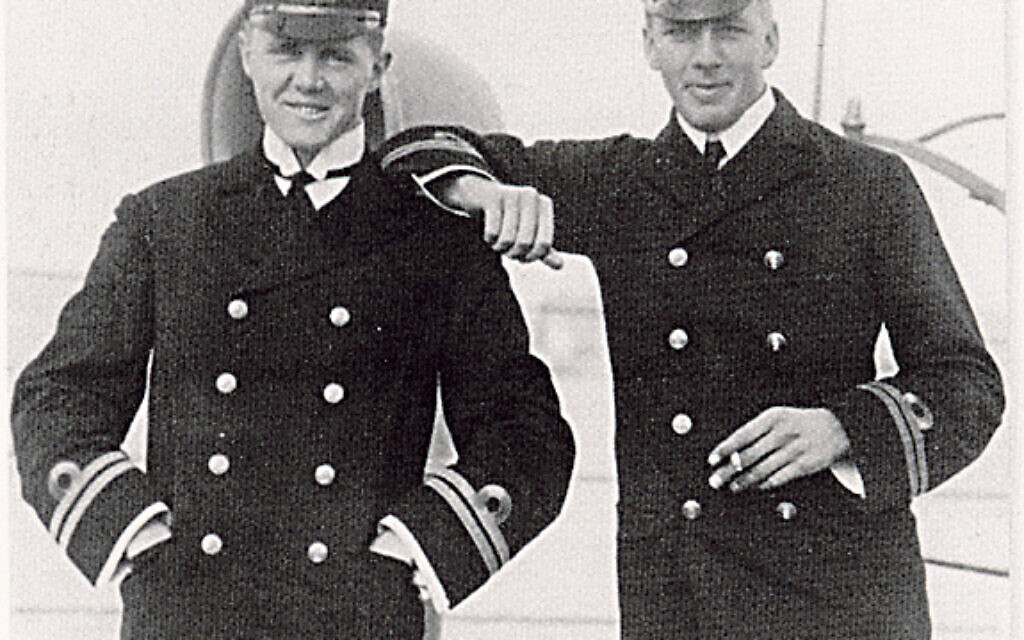 Admiral Sir Max Horton (left) while serving in the Baltic

Admiral Sir Max Horton commanded 300 submarines and 121,000 men and women during Britain’s Battle of the Atlantic against Nazi U-boats, having been put in charge by Winston Churchill in 1941, when Britain was losing ship after ship.

He turned the tide and became the nemesis of Grand Admiral Karl Dönitz as he reversed German dominance of the ocean and helped keep supply lines open. In so doing he stopped Britain from starving.

Military historians have described him as “perhaps the greatest fighting admiral produced by Great Britain in the 20th century and one of the most important Allied commanders in the entire Second World War”, but today very few know his name.

This week, people were reminded of his deeds – and of his Jewish origins – after a new plaque with a Star of David was added beside his statue on the Welsh island of Anglesey, where he was born in 1883 to Robert Angel Horton and Esther Maude Goldsmid of the D’Avigdor-Goldsmid Anglo-Jewish family.

The plaque was paid for by the American historian and philanthropist Jerry Klinger on behalf of the Jewish American Society for Historic Preservation and was organised by the Hackney Branch of the Association of Jewish Ex-Servicemen and Women of the UK (AJEX, also known as the Jewish Military Association).

Horton joined the Royal Navy in 1898, soon winning bravery awards for rescue operations at sea. At the start of the First World War, he commanded a submarine. By the end he commanded all British submarines in the North Sea and Baltic.

It was during this campaign, in which he won yet more awards for sinking enemy ships, that he initiated the tradition of submarines flying the Jolly Roger flag upon their return following a successful patrol.

During the 1930s he was promoted to Vice Admiral, then to Rear Admiral, commanding all British submarines. As the Second World War began, he created the Atlantic convoy of hospitalised rescue ships to pick up survivors from U-boat attacks.

The Germans were targeting Britain’s lifeline – food and arms supply ships from America – and were hugely successful, sinking on average four Allied ships every day. With Britain just three or four weeks away from running out of food, and thus having to surrender, it was to Horton that Churchill turned in 1942. 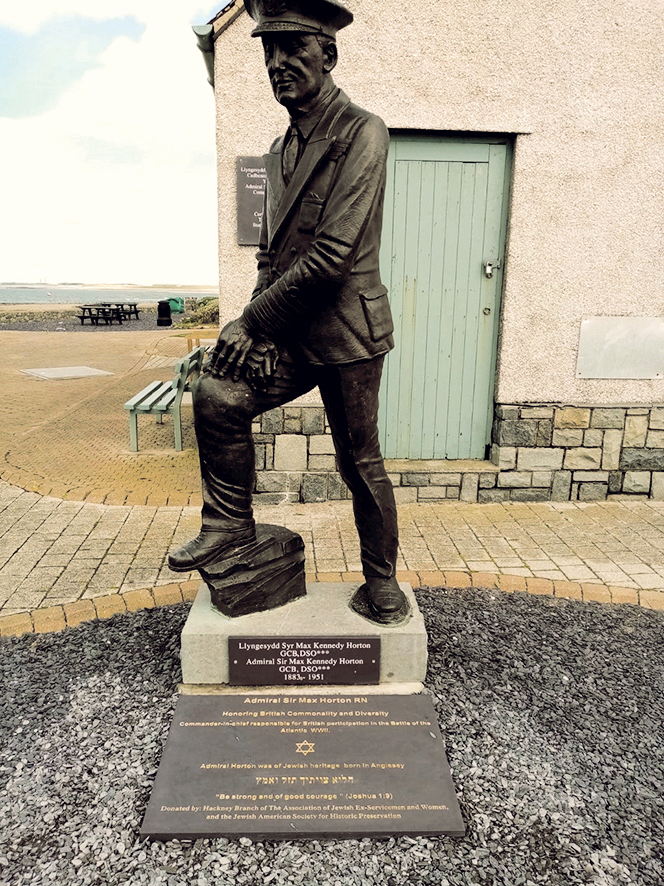 He named the Welshman as Commander in Chief, Western Approaches, the largest operational command in the Royal Navy, and Horton wasted no time in ridding his fleet of ‘incompetents’, from the boiler room all the way up to the captain’s desk.

“No matter what one’s assignment, Sir Max impressed on each and every man and woman in his command that they had but one goal: bring the convoys safely through the wolf-packs in the North Atlantic by sinking U-Boats,” wrote historian Charles McCain. “Sir Max focused everyone on this goal. Nothing else mattered. And the best way to sink U-Boats was by ceaselessly training. No matter what task you performed, you could perform it better.

“Escort captains went to a special school. Anti-aircraft gunners trained in realistic simulation booths created by the British motion picture industry. Entire escort groups were pulled out of the battle and trained and trained until not only could they execute every command, but correctly anticipate every command.”

Ruthless in nature, cold on a personal level, bold in his tactics, Horton was not well liked, but he was hugely respected by those who served under him. He cut deadwood, promoted talented submariners, and made it his business to give his captains the full military funerals he felt they deserved. 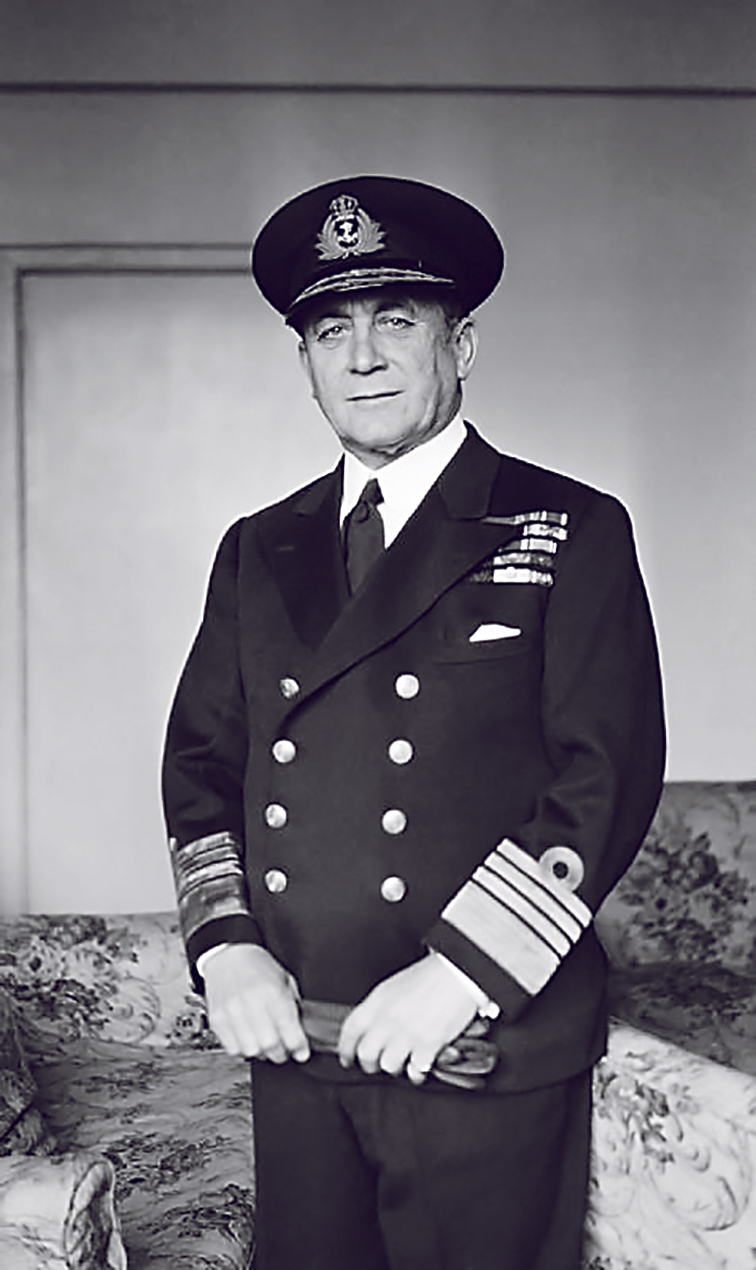 Contemporaries wrote of his immense knowledge – whether of enemy manoeuvres or engines, torpedo detonators or radar – and say he took an interest in every detail onboard every boat. But it was in his operations room that he spent much of the war.

“For many hours day and night, Sir Max stared at a plotting map which took up an entire wall of the very large operations room in his bunker,” wrote McCain.

“The map told him, with up-to-the-minute accuracy, the location of every ship, plane, and convoy in this ocean, kept up-to-date by dozens of Wrens [members of the Women’s Royal Naval Service or WRNS] who climbed long ladders to move magnetic markers to new positions. The ladders were so tall that one Wren slipped and fell to her death.”

Not only did he introduce new tactics to increase the defence of convoys, he also -created the fleet of hunter ships to destroy the U-boats.

Speaking to Jewish News, Martin Sugarman said: “In the opinion of many historians and of Winston Churchill himself, Sir Max saved Britain from certain defeat in the Battle of the Atlantic, by keeping open the food, munitions and troop supplies coming from North America.”

After he died in 1951, a memorial to him was put up in Liverpool Cathedral, but not until 2019 was a statue to Horton erected in his hometown on Anglesey, initiated by local Councillor Gwyneth Parry. 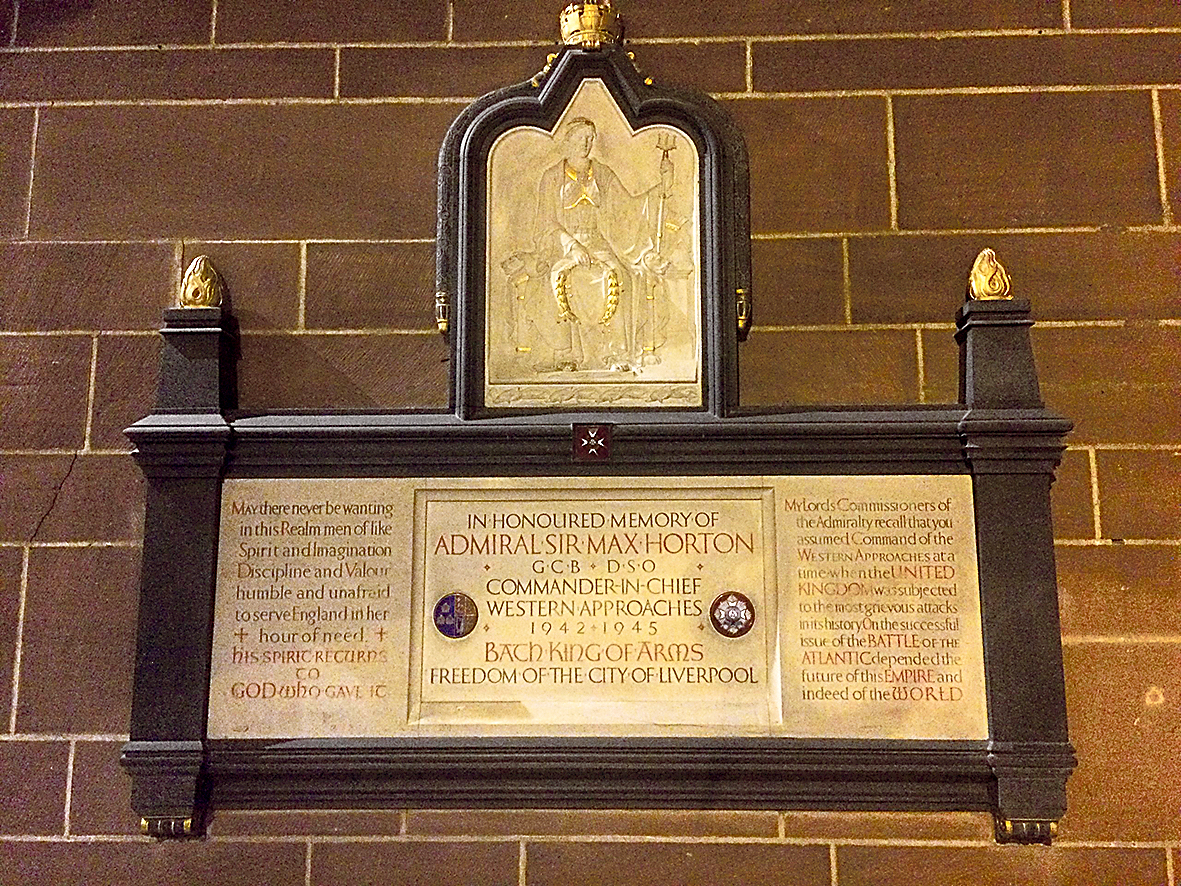 A memorial to him was put up in Liverpool Cathedral, but not until 2019 was a statue to Horton erected in his hometown on Anglesey, initiated by local Councillor Gwyneth Parry.

“The inscription failed to say anything about Sir Max’s Jewish heritage, so we contacted Jerry Klinger who financed a further plaque to point it out.

“This has been added at the foot of the statue, to the delight of local people. AJEX is very proud of our war hero.”