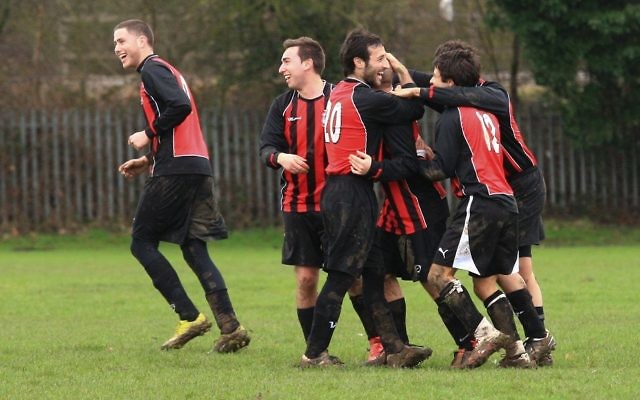 Jewish football’s longest-serving club have become the latest to withdraw from the MGBSFL.

Brixton Old Boys, were formed in 1955, though their 62-year existence came to an end on Friday, when chairman Robert Silverman confirmed the side could no longer continue, citing a lack of interest from players which had seem them struggle to fulfil numerous fixtures this season.

The second club to fold in less than a week – following on from FC Team B – league chairman David Wolff, was nevertheless remaining upbeat. He said: “It’s not all doom and gloom. It’s always very sad when any club is forced to fold, particularly one which has been as long-standing as Brixton. I think they’ve been on the brink for a while and full credit to Robert Silverman for trying to keep them going.

“We do though still have 31 all-Jewish teams, which play in the community and compared to the national trend, we’re doing better than average.

“The break we’ve just had hasn’t helped, with players not wanting to come back, but I’d like to think other clubs will form over the summer.”

Brixton have released a club statement, from Silverman, which reads: Our President Harold Baum and myself, as Chairman, believed that we unfortunately had little option.

“The Club was formed in 1955 and this is the first time we have failed to complete a season.

We are one of the most successful teams in the history of the MSFL, winning the Premier division on eight occasions, the Cyril Anekstein Cup nine times and several other competitions.

“In recent years, player’s attitudes have changed. Fewer and fewer were willing or able to commit to playing on a regular basis. Furthermore, it became increasingly difficult to collect funds from the players and consequently there has been a significant cash shortfall.

“On an optimistic note, our intention is to re-join the league next season, providing of course, we are able to assemble a complete squad of dedicated players.

“The Club would like to thank the MGBSFL management committee for their support through a difficult period.”

Formed before the League was even created, they currently hold the record for the most Premier Division title wins, with eight – their first coming in the 1962/63 season when they shared the title with Hadassah.

The second most successful club in the Cyril Anekstein Cup – with nine wins, they also won two Division Four titles, with their most recent win being the Division One title in the 1997/98 season.