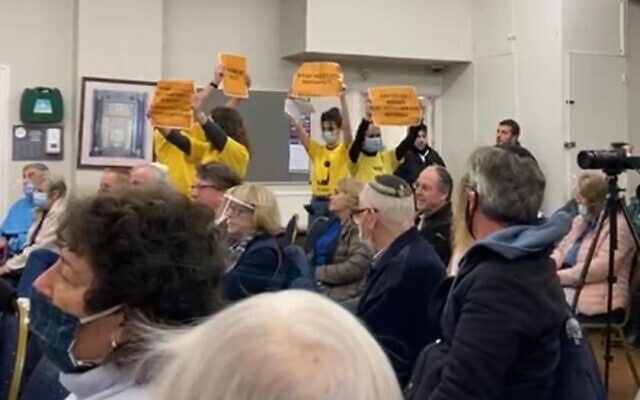 Naamod protestors at the ZF event with Tzipi Hotovely

Jewish activists were evicted from an event with Israeli Ambassador Tzipi Hotovely last night, after disrupting it with banners branding her a “racist”.

Protestors from anti-Occupation group Na’amod interrupted the talk hosted by the Zionist Federation, citing the envoy’s support for settlements and alleged anti-Palestinian statements.

Hotovely, who was appointed to succeed Mark Regev as ambassador last summer, is a member of former Israeli Prime Minister Benjamin Netanyahu’s Likud party. An ex settlements minister, she favours Israel’s annexation of territory in the West Bank and declined to support a two-state solution in a BBC interview earlier this year.

She previously also sought to deny Palestinian people have a connection to the Holy Lands and courted far-right Jewish organisations, including the anti-Arab group Lehava.

Holding up signs carrying the slogans “Racism isn’t Kosher” and “No Hechsher for Hotovely”, they were eventually removed from the building and continued to demonstrate outside. The ambassador continued the talk in front of 200 guests.

The Zionist Federation said Hotovely, a former settlements minister, handled the protest with “dignity” and insisted it “will continue to engage with all valued partners, including the Israeli Ambassador of the day. 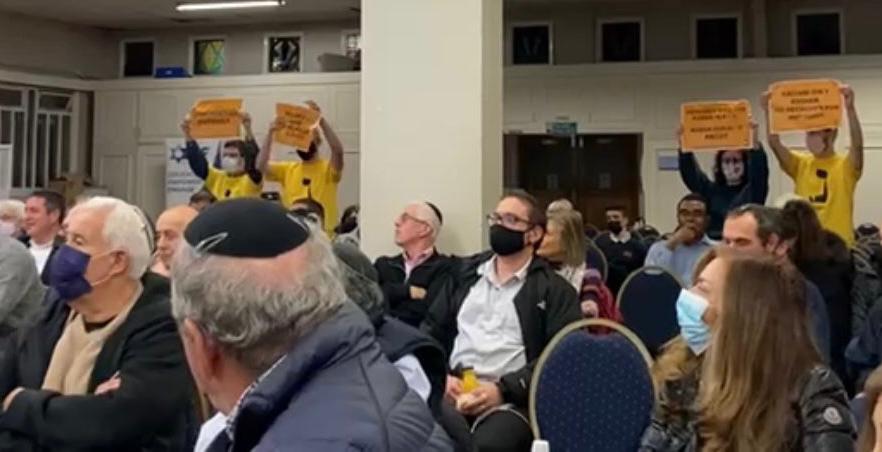 “Despite the disruptive actions of a very small number amongst the audience of 200, the evening was a resounding success, with the conversation between the Ambassador and Natasha Hausdorff of UK Lawyers for Israel Charitable Trust flowing seamlessly with overwhelmingly positive engagement from the audience.”

One eyewitness who attended told Jewish News: “Hotevely was completely un-phased by the demonstration and continued talking without stopping.

“An hour later, when I left they were standing demonstrating with their banners outside. I told them I was ashamed of them as I left.” 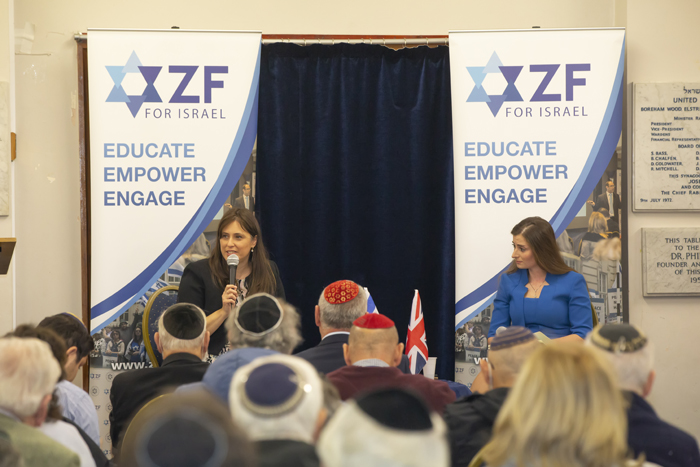 Tzipi speaking at the ZF event

The event was organised by the Zionist Federation, World Zionist Organisation UK and the Zionist Central Council, and featured Hotovely in conversation with a Director of UK Lawyers for Israel.

Jonathan Turner, chief executive of UK Lawyers for Israel said: ““A few protestors wearing teeshirts with slogans entered the meeting at one point. The Ambassador welcomed them, observing that “Israel is very proud of its democracy”.

“Natasha Hausdorff, who was chairing the discussion, rightly added: “If they stay, they might learn something”. But they left and the meeting continued without them.””

Cloe Fernandez Barnes, a member of Na’amod who joined Thursday’s protest, said the Ambassador’s “disgusting views and actions have no place within our community. They contradict our values, particularly those of love and justice found at the heart of Jewish texts.

By erasing the history and heritage of Palestinians, and denying the brutal occupation they face daily, Hotovely is perpetuating racism. By hosting her, the Zionist Federation and others are complicit. We must stop platforming racists if we want freedom for all in Israel and Palestine.”

Na’amod member Tommer Spence added that the group’s “message to our community is that we will not stay silent when organisations host racist figures like Hotovely. Our community has been particularly sensitive over recent years to people who claim to oppose racism while maintaining a blind spot for antisemitism. We must not act in the same way towards Palestinians.” 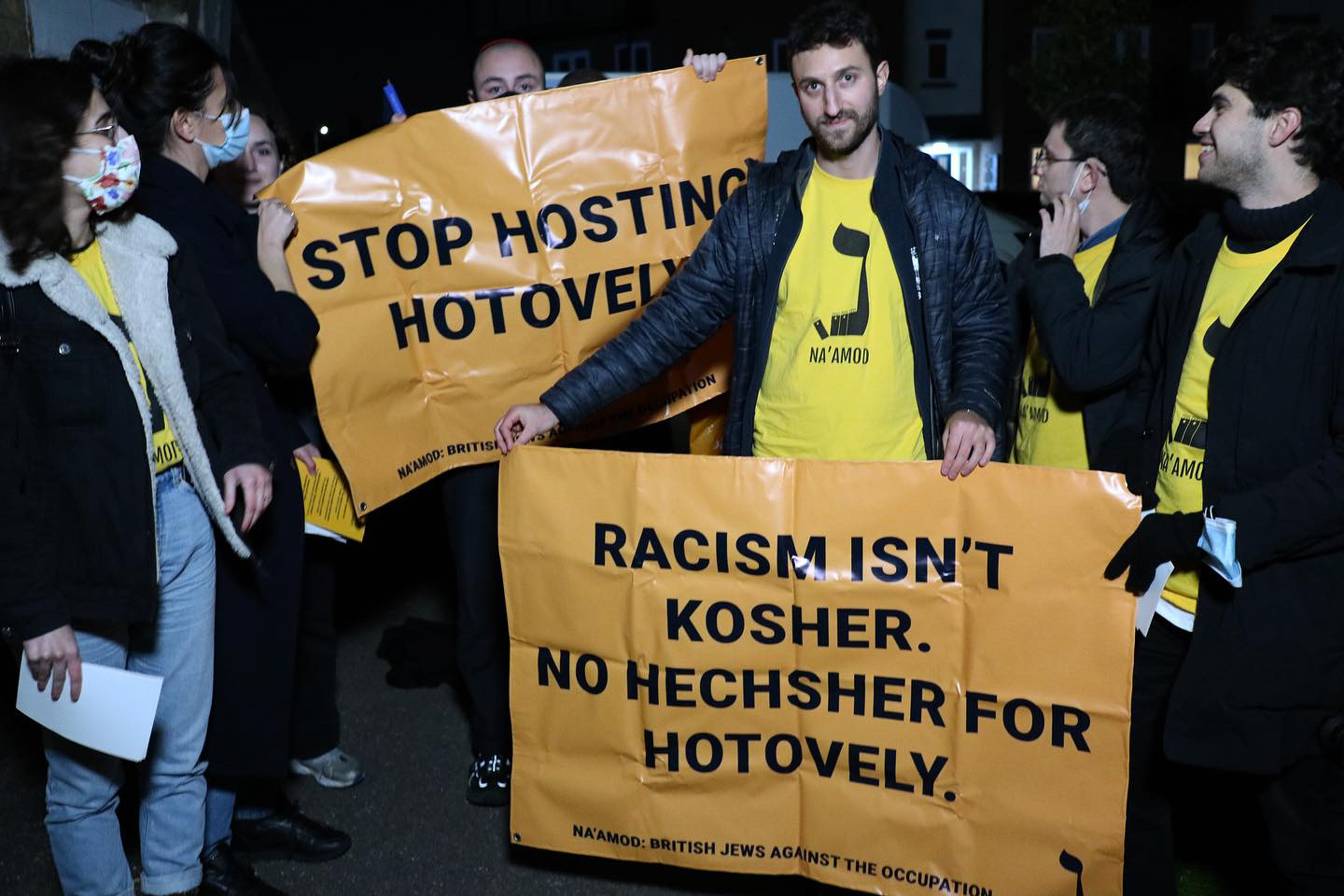