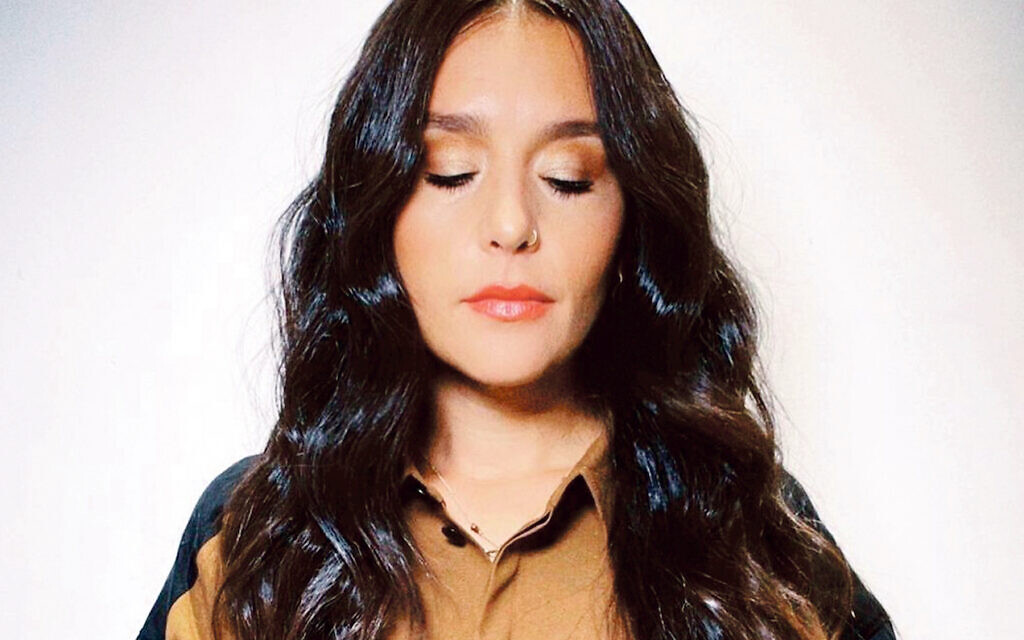 Jessie Ware is spinning a lot of plates. First off, the Mercury Prize-nominated musician is getting ready to tour the UK with her discotastic latest album What’s Your Pleasure?

She has a new self-described ‘foodoir’ out, Omelette. She’s continuing to record her hit foodie podcast, Table Manners, in which she and her mother Lennie invite famous friends over for Friday night dinner (making her one of the best-known voices in the UK food world).

Oh, and she’s just had her third child, a boy – and released a new podcast, Is This Normal?, recorded during her pregnancy.

As if all that weren’t enough, she’s decided that now is the time to study for her adult batmitzvah – for which she is being taught by Jewish Renaissance’s Executive Director Aviva Dautch. “I guess I didn’t feel like I had enough on, so I just thought I’d learn a whole new bloody language!” she laughs.

Jessie grew up the middle child of three in a boisterous, secular Jewish household in Clapham, south London. Her mother Lennie was a social worker, her father, John, is a reporter for BBC Panorama (he recently presented an episode about antisemitism in the Labour Party). Her parents separated when she was 10. 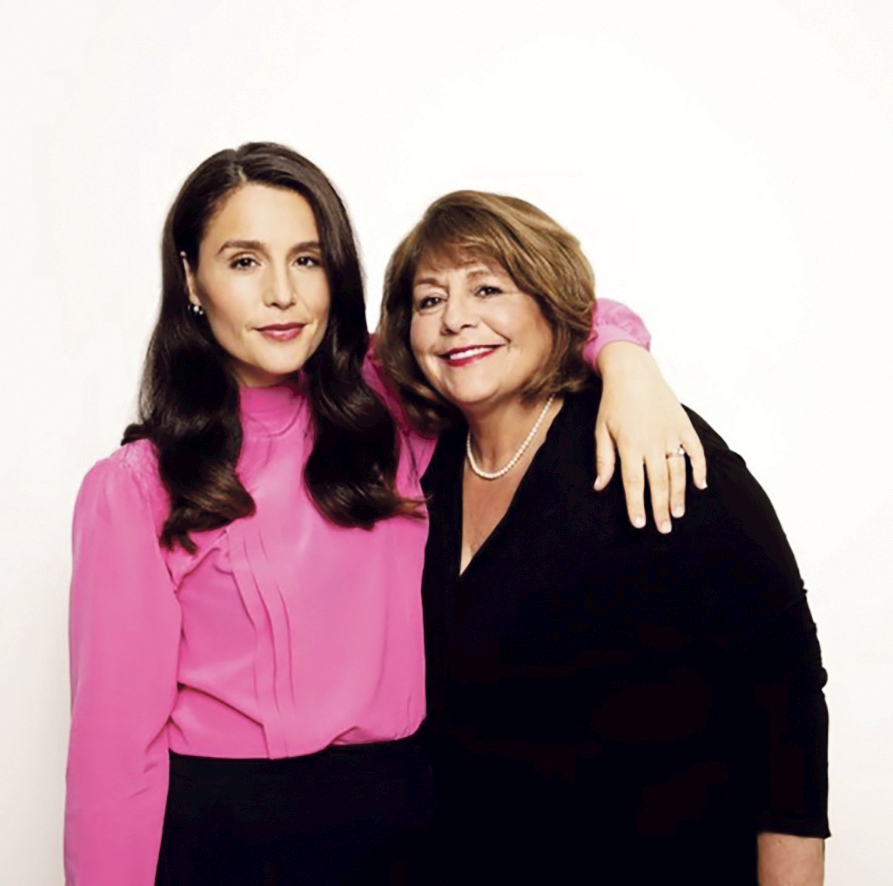 Jessie and her mother Lennie

Jessie went to Alleyn’s School in south London, read English literature at Sussex University and considered becoming a lawyer or journalist. While interning at a Jewish newspaper, a friend asked her to join him on tour as a backing singer. Soon afterwards, rising producers SBTRKT and Disclosure invited her to sing on other projects. As she was preparing to start a law conversion course, PMR Records offered her a deal.

In between, she gave birth to a daughter in 2016 and a son in 2019. On tracks such as Night Light and Sam, she sings about meeting her husband, Sam Burrows, when they were both teenage ravers. 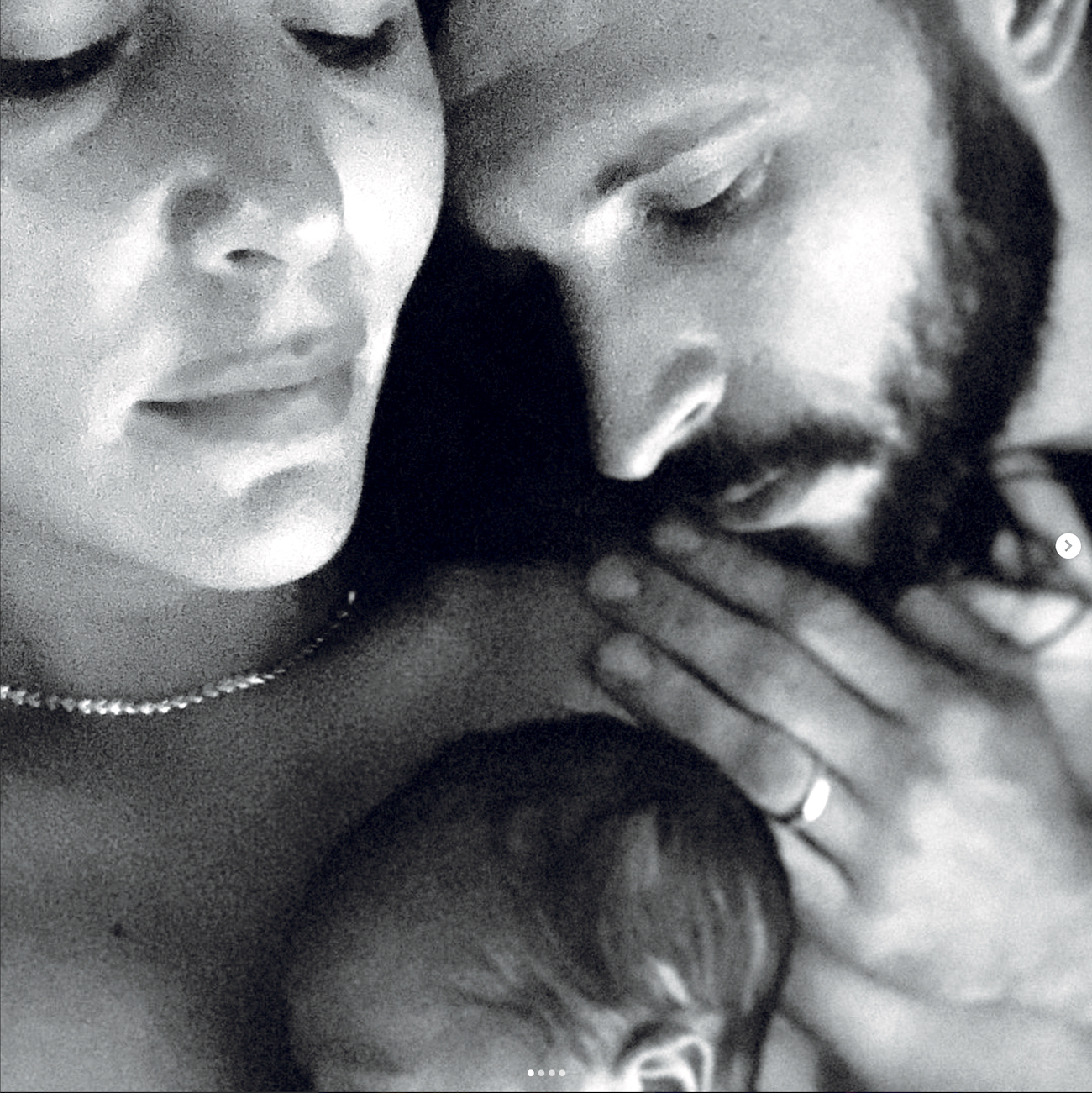 Jessie and Sam with their newborn in July

What made you want to do your batmitzvah now?

It stems from a horrendous rise in antisemitism, which I was aware was seeping into music culture [the grime rapper Wiley posted a string of antisemitic Tweets in July 2020]. I am so proud to be a Jew. I talk the talk and do Friday night dinner at my mum’s every week, but I don’t know if I really walk the walk. I want to understand the culture and be able to pass it
on to my kids.

Why didn’t you do it when you were growing up?

My brother did his barmitzvah, but I thought I had far too much of an important social life at the age of 12 to study! But the same brilliant woman who taught him is now teaching me, Aviva Dautch. Our grandmas played Kaluki [Jamaican rummy] together in Manchester and my grandma used to babysit her.

It’s really working my mind, which probably needs a good workout. We started with Hebrew, but in July I had a baby so it went a bit backwards. It’s really interesting now because my five-year-old daughter is doing English phonics so I feel we are at the same point of learning our languages. Aviva and I talk, debate and analyse – it’s like a degree-level batmitzvah! It’s the most interesting and brilliant and terrifying thing I have done. I can’t wait until the party. And I want to be able to sing all the songs at Chanukah.

The melodies are so haunting and beautiful so I am excited about that. I have already delayed my batmitzvah three times; it will happen, but I want to do it properly. It’s set for September 2022. I’ll be nearly 38. I feel incredibly indulgent to do it at that age and in such depth. 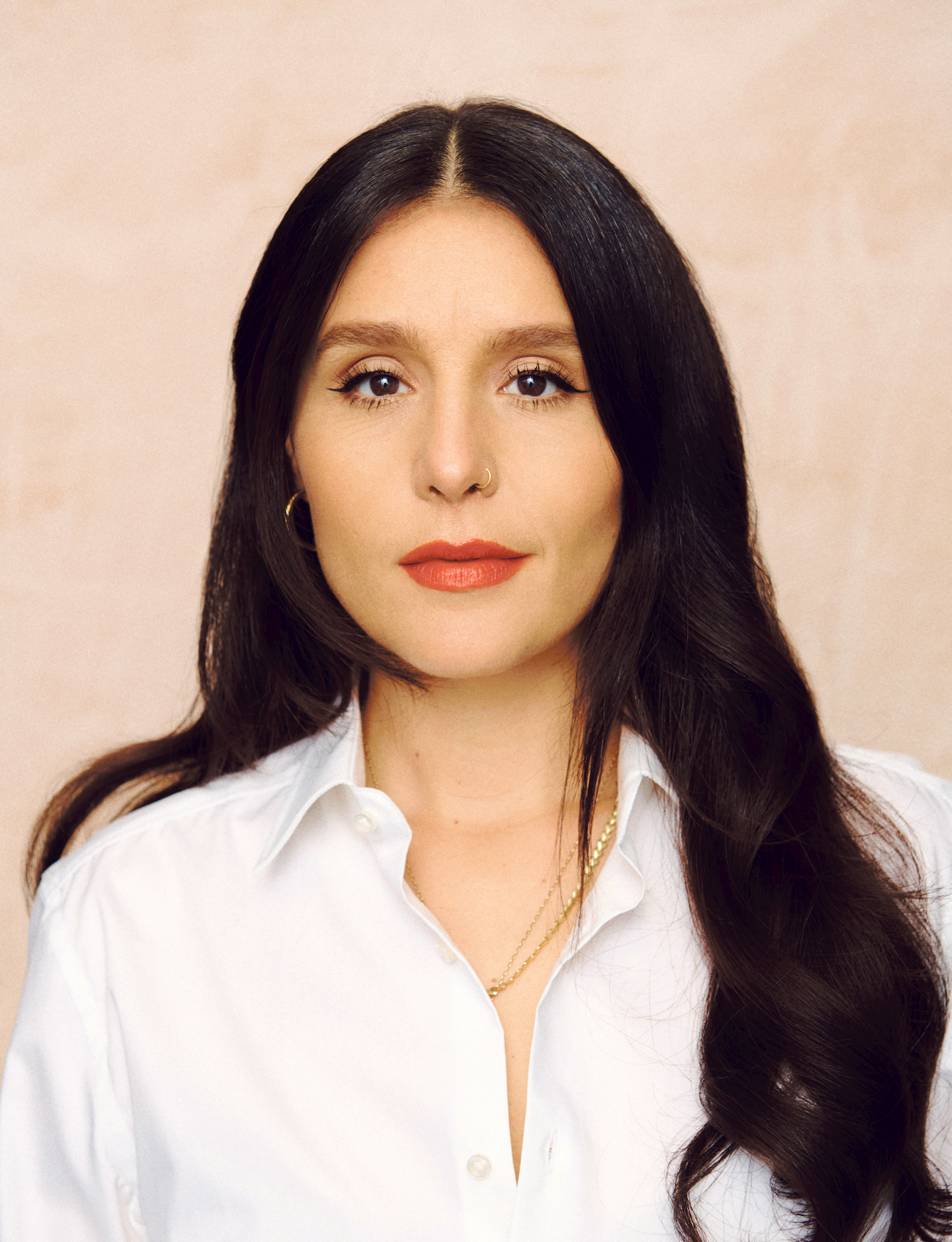 How much was Judaism a part of your life growing up?

My mother didn’t ram it down our throats; it was gently offered and included in our upbringing. It was only really incorporated in High Holy Days, where we’d go to Wimbledon Synagogue, or go to see my grandma in Manchester and we also had Friday night dinner. My mum would quickly say the blessing under her breath as she lit the candles and then it was on to the dinner.

I was always proud of being Jewish; my grandmother got me a Star of David necklace, which I loved wearing. It was a big part of my identity and felt like I was different, which I enjoyed, but didn’t really understand. Now I want to know what they are saying at shul and be able to explain these brilliant stories to my kids. My brother got so into studying for his barmitzvah he was contemplating becoming a rabbi.

It sounds like the food element of Judaism was something you always enjoyed?

I always loved that food. I ate it mostly at my grandma’s; she always had a cupboard full of challah rolls and hamentashen at Purim. I was eating smoked salmon from the day I was born. At such  a young age I was open to eating that stuff, but my kids are so uninterested. Part of the reason I am doing the batmitzvah is so my daughter will embrace herring, chopped liver and lox! Actually, my kids’ favourite thing is challah eggy bread, so we are getting there. I will work them onto chopped liver later. I am still quite bad at cooking Jewish food though. My mum is the queen of it so I’m quite lazy. If I am stressed out or have a sore throat, she always puts some chicken soup on.

You’re a patron of Apples and Honey, an intergenerational project in Clapham, where older Jewish people spend time with children. Do you think that ethos is important?

Yes. They can’t do it as much now as they did pre-Covid, but I hope it comes back as I have seen how beneficial it is for everybody. Apples and Honey is a pioneering project for the UK. A lot of people could benefit if it was implemented in different places. People in care homes don’t see many people every day so having these little innocent balls of energy – it’s so vital.

Did you spend a lot of time with your grandparents as a child?

My grandma was in Manchester so I didn’t get to see her much, but when I did I adored it. There was so much laughter and we had some amazing conversations, plus the smells from her kitchen were always wonderful. She was so with it. I need to play bridge until I’m in my 90s like her.

We’re doing a Table Manners tour! The cookbook, written with my mum, came out in March but we couldn’t tour because of Covid. I have a new album coming out next year and I am touring in December, so from November I will be doing rehearsals with the baby. And there’s recording the food podcast. Mum is 70 – and she is not stopping. I’m sure we’ll have another idea next year to do something else together. We’re having a good time and that’s the most important thing.

Food seems like a real passion of yours – maybe even more so than music. Is that why you made eating the theme of your memoir, Omelette? 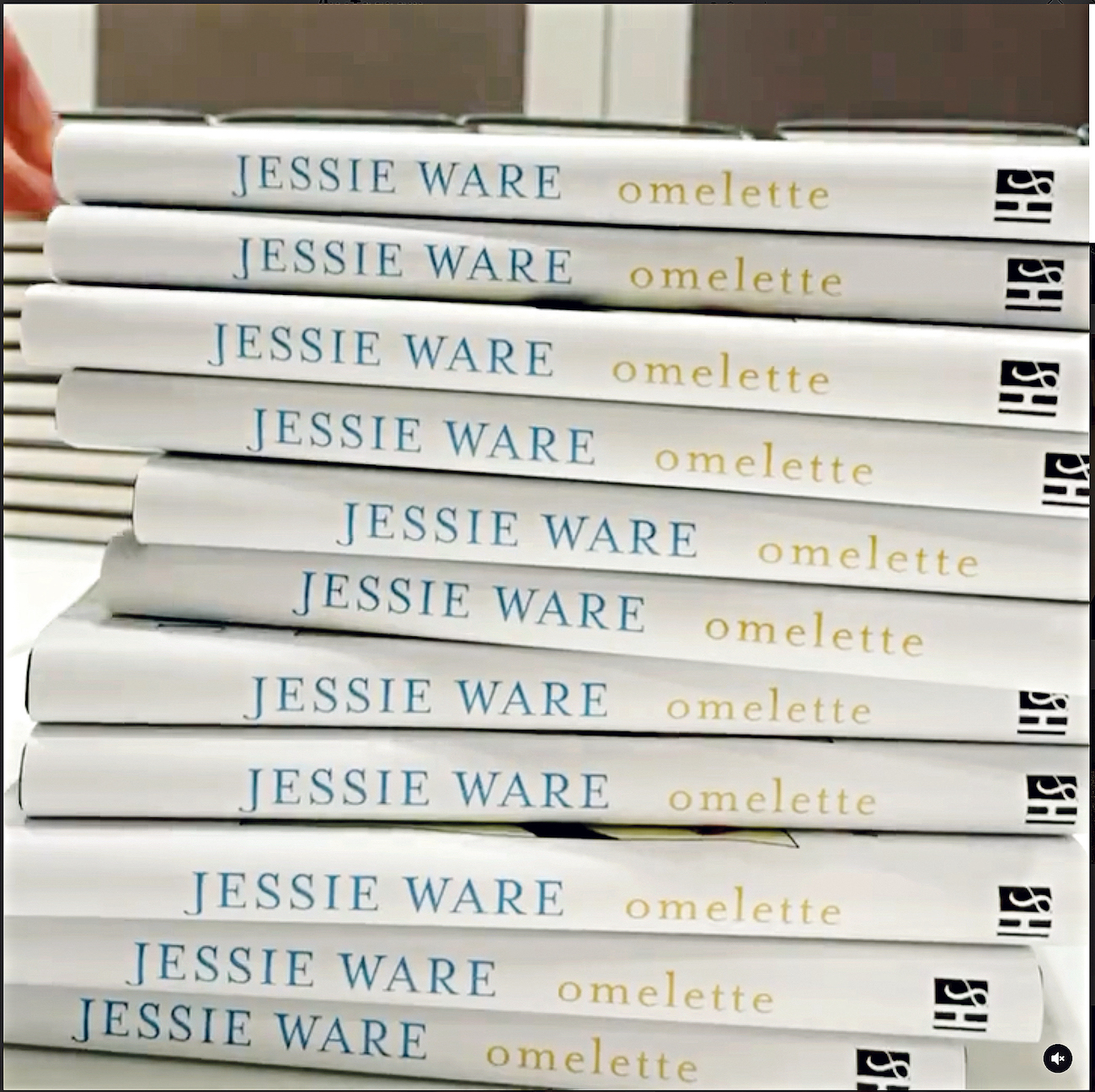 Omelette: Food, Love, Chaos and Other

I am so much more comfortable with food than music. I adore music but I have such an ease and an obsession with food so it felt easier to write about my memories through food instead of singing. Music still feels like a mad hobby that I am allowed to do and now I’m doing the same with food. This afternoon I’m doing a podcast with my mum: we’ve already planned the meal – we’re having poached salmon with pink pickled eggs that she does with beetroot and a herb salad. Then on Friday we are planning a podcast with chicken as the main. It just takes over but it makes me happy.

• The full version of this interview is in the 20th anniversary of Jewish Renaissance magazine. www.jewishrenaissance.org.co.uk

Conversations by Jessie Ware is published by Hodder Studio, priced £9.50 (hardback). Is It Normal? The Pregnancy Podcast with Jessie Ware is available now on Apple, Spotify and other streaming platforms

Jessie and her mother Lennie wear their Jewishness with the same pride as they wear their cooking aprons for their podcast Table Manners, which has encouraged such reveals as Sir Paul McCartney’s love for hummus and Marmite bagels. “Our East End cleaner calls it a ‘beigel’,” said Sir Paul on episode 18 of series 11.

Episode six of season 12 is Chanukah-themed, with Mercury Award winner Loyle Carner being served more of Lennie’s latkes than he can possibly eat, along with chopped liver and a pasta pudding. Lennie is in the kitchen a lot during the episode, which is where most women tend to be at dinner parties, but Loyle was as stuffed as a kishka when he left.