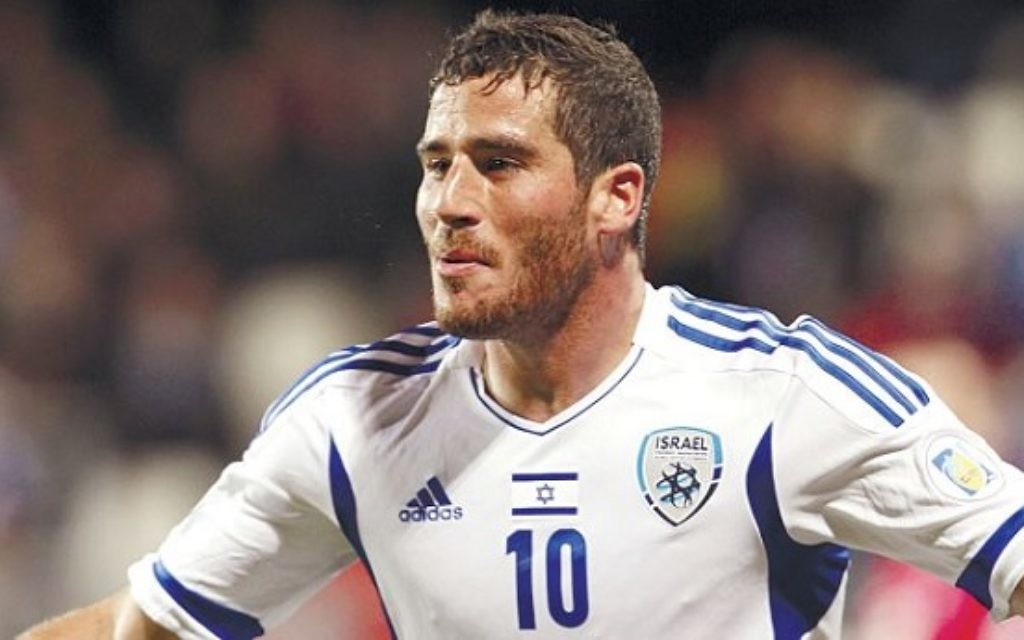 Israel reignited their hopes of qualifying for next year’s European Championships after they thrashed Andorra 4-0 in Haifa on Thursday night.

Having won their opening three games of the campaign, they then lost their next three, meaning a win against the minnows was a must to remain in contention for a third place finish in the table, which guarantees a play-off tie.

A 4-1 win for Israel in the reverse fixture earlier in the campaign meant Israel were always favourites to get back to winning ways, and they got off to the perfect when in just the third minute, Andorra goalkeeper Ferran Pol failed to hold onto a long-range shot from Celtic midfielder Nir Bitton, and Eran Zahavi was on hand to fire in the rebound.

Zahavi, who’s already scored seven times in the qualifying rounds of this season’s Champions League for Maccabi Tel Aviv, almost played provider in the 15th minute, when his inch-perfect through ball released his club team mate Tal Ben Haim II, but he was thwarted by a timely intervention from Pol.

Zahavi did claim an assist when Israel doubled their advantage in the 22nd minute, this time delivering a perfect free-kick which was headed in by Bitton from just outside the six-yard box.

Two became three just three minutes later when Victor Rodríguez brought down Munas Dabbur in the box, Brighton striker Tomer Hemed stepped up and cooly placed the penalty down the centre of the net to put the home side in control.

Dabbur, who was making his first appearance in the qualifying campaign, got on the scoresheet himself in the 38th minute, when he wriggled his way clear of two challenges inside the box, before firing low and hard past Pol.

With Wales on Sunday afternoon firmly in the thoughts, Eli Guttman took off both Tal Ben Haim I and Zahavi at half-time to rest them for the Cardiff match, and it resulted in a visible drop in their tempo. Ben Haim II came closest to adding to the scoring when he was put through by Bibras Natcho, rounded Pol, but saw his effort cleared off the line by Ildefons Lima.

Hemed fired a shot inches over the bar from just outside the area, before he was replaced by his club team mate Biram Kayal. Eliazer Dasa’s weaving run brought out a stop from Pol at the near post as the Israelis went in search for a fifth goal, before Dabbur brought out a fingertip save from Pol, before seemingly being bundled over in the box, only for the referee to wave play on.

The second half performance was disappointing, compared to the first, though the result was all that mattered, and coupled with victories for Wales and Belgium, means Israel realistically need four points from their last three games – which includes a home game against Cyprus – to guarantee then third place and a play-off tie to reach France next summer.