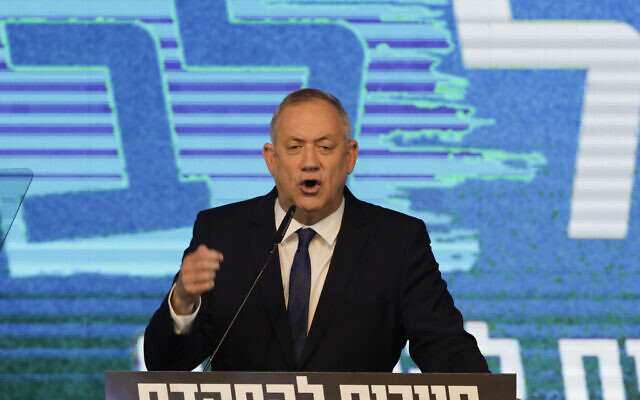 Israeli lawmakers now have three more weeks to find a solution to the country’s yearlong political deadlock. If they don’t by May 7, Israel will head to a fourth election.

Gantz, head of the Blue and White party and speaker of the Knesset, had been tapped to form a coalition government after the March 2 election, Israel’s third in less than a year. In the wake of the coronavirus crisis, he had been negotiating to form a coalition with Netanyahu, to expedite the country’s response to the virus.

But talks fell apart over who would get to appoint party members to head specific ministries, such as the justice department.

Then Rivlin said that he would not grant Gantz a two-week extension, usually a formality, to form a government.

Gantz and Netanyahu can still form a working coalition during the next three weeks.

“I hope that the Knesset Members will be able to form a majority in such a way that a government can be formed as soon as possible, and to prevent a fourth round of elections,” Rivlin said in a letter to Gantz.

Before the COVID-19 outbreak, Gantz had originally vowed to not partner with Netanyahu. His change of heart split his Blue and White faction, which had boasted several high profile political leaders, including Yair Lapid and multiple former generals.