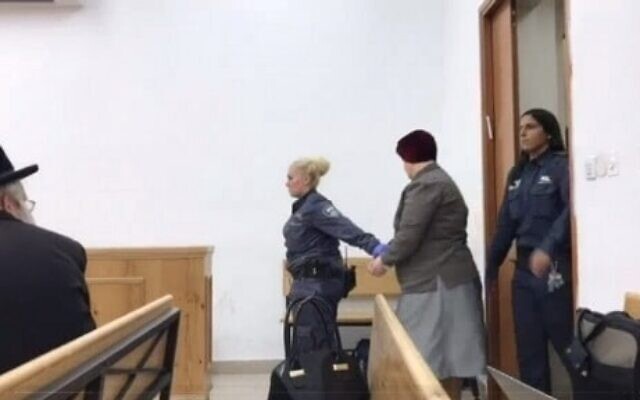 An Israeli court has triggered relief in the Australian Jewish community after ruling that a former headmistress is fit to stand trial and can be extradited to Australia where she is accused of child sex abuse.

Malka Leifer, a former headteacher at the Adass Israel Jewish school in Melbourne, is wanted on 74 sexual assault and rape charges. She fled the country for Israel before police could arrest her. Australian police have been seeking her extradition for six years.

Leifer has fought long and hard to stay in Israel, arguing that she is mentally unfit to stand trial in Australia throughout dozens of legal hearings in a case that has involved Israeli ministers and strained Israel-diaspora relations.

The momentous ruling she will be soon be on a plane was announced on Tuesday by Judge Chana Miriam Lomp, who referred to a psychiatric board assessment in January of this year that Leifer had been feigning mental illness in order to avoid extradition. “I decided to accept the expert panel’s opinion,” the judge said.

Manny Waks, an Australian Jewish activist who was sexually abused as a child, gave his reaction to Jewish News, saying: “Today’s monumental decision is a great outcome for justice.”

Founder of Kol V’Oz, an Israel-based organisation against child sexual abuse in the global Jewish community, Waks said he and other activists would “continue to do all we can to ensure Leifer is placed on a plane back to Australia”.

The psychologists’ damning assessment is not the first time that Leifer has been accused of faking mental illness. In 2018, video of her shot by a private investigator showed her laughing and enjoying a “normal” life at her West Bank settlement home.

Leifer’s case is being followed by thousands in both Israel and abroad, and had been heard in closed court, the defence team giving a closing statement in early April.

Ya’acov Litzman, who was until recently Israel’s health minister, was accused of pressing doctors to falsify psychiatric evaluations deeming Leifer mentally unfit. He denies any wrongdoing.