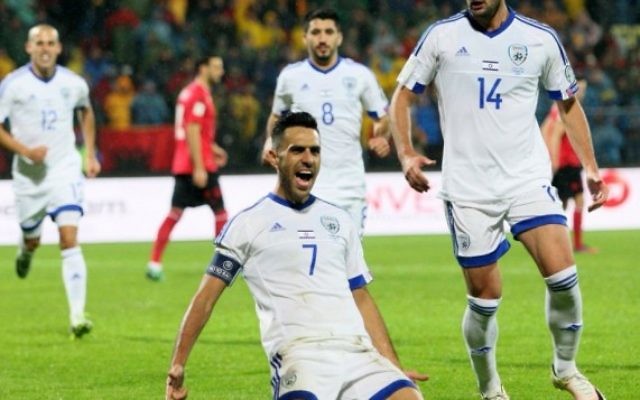 The Asian Football Confederation has approved a recommendation which calls for football’s world governing body, FIFA, to seek urgent resolution on all ongoing Palestine issues with Israel.

The Palestinian FA planned to bring a motion to ban Israel from FIFA at their 2015 Congress, but a last minute compromise was voted on, which saw the creation of a monitoring committee – the Israeli-Palestine FIFA task force – to investigate issues affecting the development of football in the Palestinian territories, which has resulted in visits made to both countries.

However, with both no progress or reports on any developments, concern has remained, particularly focused around the six settlement clubs who play in Israeli competition, apparently in defiance of FIFA statutes.

The Palestine federation’s president, Jibril Rajoub, is now reportedly set to reactivate the demand that May’s FIFA Congress in Bahrain expels Israel, a proposal which has been taken off the table at the last moment three times in the last four years.

A recommendation from an AFC member association task force proposed that “the FIFA monitoring committee Palestine-Israel come up with the best solution to resolve the long-standing issues in the region by applying the relevant FIFA statutes as soon as possible.” Sheikh Salman bin Ebrahim Al Khalifa, the AFC president and a FIFA vice-president, said: “Palestine is a member association of the AFC and all they want is to see football played on their land. We would like to see a definite deadline set, as in the past the deadline has been extended again and again. We all feel strongly that this issue should be resolved.”

According to FIFA, a member association can be expelled over unpaid fees, if it’s lost its domestic status or, and which is pertinent to this case, “seriously violates the statutes, regulations or decisions of FIFA.”

Simon Johnson, chief executive of the Jewish Leadership Council (JLC), said: “The FIFA Monitoring Committee  and eventually the FIFA Council is being lobbied for territorial and political ends by the Palestinians. They are trying to draw political borders through football and this is a very dangerous road for FIFA to go down.

“It is not the job of FIFA to determine territorial boundaries. The Israeli FA has strong legal arguments available to it to counter any threat of punitive action arising from the work of the Monitoring Committee. This is a complex matter and the sensible, consultative approach that the FIFA Monitoring Committee is taking should not be derailed at the end by political lobbying by those who are seeking to penalize Israel politically through sporting means. I hope that football principles prevail.”