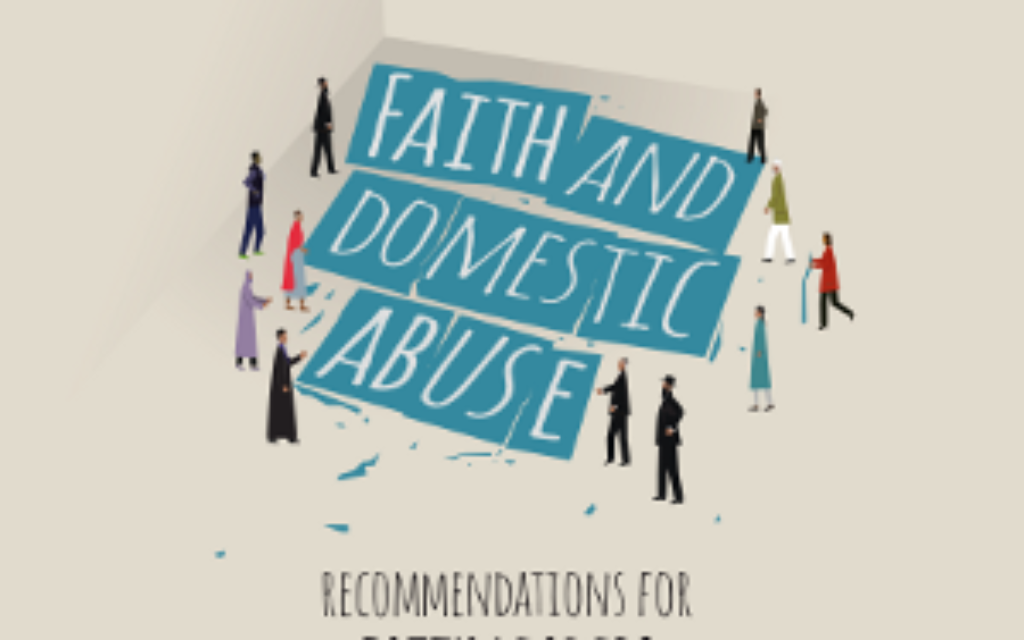 FaithAction said the problem of domestic abuse was already of “epidemic” proportions but was still little-discussed, so it decided to work with faith leaders to help them spot the signs and point people in the right direction.

Communications Officer David Taylor said: “Nearly a quarter of British women will experience domestic abuse, along with over 700,000 men. This is an epidemic.” Acknowledging the “invaluable” role of faith leaders, he added: “If we can equip them to deal with domestic abuse, then we can contribute to solving the problem.”

Rabbi Sybil Shepherd from West London Synagogue, who participated, said: “Domestic abuse can be much deeper than physical violence. It can be where one partner has a bullying attitude to the other, dominates them, saps their confidence so that the partner loses any sense of self-worth.”

She said rabbis and other faith leaders could not solve the problem themselves but could act as the “agent through which the person may gain the strength or confidence to seek professional help,” adding that she now knew of several organisations and safe houses that do tremendous work discreetly.

On domestic violence, she said this could often be “a demonstration of great weakness or frustration” and said that if a partner finds themselves in that position, “the first thing is to get out, get safe, and only then think about the situation”.

She added: “Nobody ever has the right to impose their will on other people, either mentally or physically. It’s certainly against Judaism.”

Asked about her approach, she said: “As a Jewish leader, in a faith where divorce is permissible, and violence is one of the reasons that make for divorce, then I would say there’s absolutely no sense being a martyr, in feeling that you have to stick through it, because you’ve made a choice, or because it’s God’s will. There’s a saying in the Talmud: ‘Better an end with tears than tears without end’.”

JWA executive director Naomi Dickson sai: “We work closely with our clients to ensure that they are able to access the religious guidance they need, should they want it, and this is why it’s been so important to train rabbis and to give them the tools to support women affected by domestic abuse. It’s crucial that all professionals who work with abused women are trained to do this in a sensitive and understanding way, and then, as Rabbi Sheridan said in the film, to ensure that the women then get the right support from trained professionals in a domestic violence agency such as Jewish Women’s Aid.”