A message of unity and friendship between faiths was sent from London on Monday, as the inaugural London Interfaith Fun Run brought together
hundreds of people from different communities.

At the event, which was held at StoneX Stadium in Mill Hill, hundreds of runners – the majority in London but some joining virtually as far away as Hyderabad, India – challenged themselves and raised money for charity.

Runners and spectators were treated to a diverse range of music, dance and storytelling performances in collaboration with Faiths In Tune, which organises interfaith music festivals and events across Europe.

The London Interfaith Fun Run organisers, the Faith & Belief
Forum in partnership with Maccabi GB, were joined by 34 other charities that brought supporters and beneficiaries to run, fundraise for their cause and take part in the other activities on the day.

Charities ranged from refugee support organisations to those tackling climate change and those bringing together different faith groups to build trust and understanding between neighbouring communities.

One of the runners, Hagir Ahmed, the Refugees and Asylum Seekers Officer for the United Nations Association, said: “I was inspired by the London Interfaith Fun Run as a chance for the refugees and asylum seekers to have the opportunity to participate and engage, while socialising with positive people from all religions and cultural backgrounds.”

The London Interfaith Fun Run was sponsored by Dangoor Education and supported by the Greater London Lieutenancy’s Council on Faith. Sir Kenneth Olisa, Lord-Lieutenant of Greater London, also attended the event and spoke to the audience about the important role the city’s faith and
belief groups play in supporting their communities. 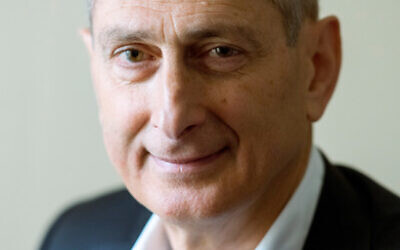 On Bank Holiday Monday, hundreds of charities, fundraisers and community members from across London’s diverse communities came together at StoneX Stadium, Mill Hill, for the city’s first Interfaith Fun Run.

I was delighted to work with The Faith & Belief Forum and Maccabi GB who partnered with 30-plus of the city’s charities to organise London’s inaugural Interfaith Fun Run. More than 500 people gathered to run, connect and celebrate the coming together of our many faiths and cultures while raising money for
a myriad of charitable projects working hard to build a better future for all Londoners.

The day was a potent demonstration of our collective spirit and strengthened the bonds that make London a strong and welcoming, diverse, community. It featured a bustling fair that gave charities the opportunity to meet and mingle with Londoners and connect over what really matters to them.

Each organisation tackles unique challenges across our communities, complementing each other’s work, and now they are more connected than ever before, to work together to address complex issues for a future where we all can thrive no matter our background.

The buzzing community spirit inspired me above all. Runners provided mutual support by forming small groups to encourage one another to complete the runs, and families discovered each other’s faiths in the interfaith zone and enjoyed lunch together at the international food court. The day showed that Londoners stand together against division and for unity, community and friendship.

We hope it will inspire many of those who form the beautiful social tapestry of our great capital city, young or old, whatever their ethnic group or faith, to join together in strengthening our bonds. We look forward to this event becoming a staple of London’s cultural calendar.