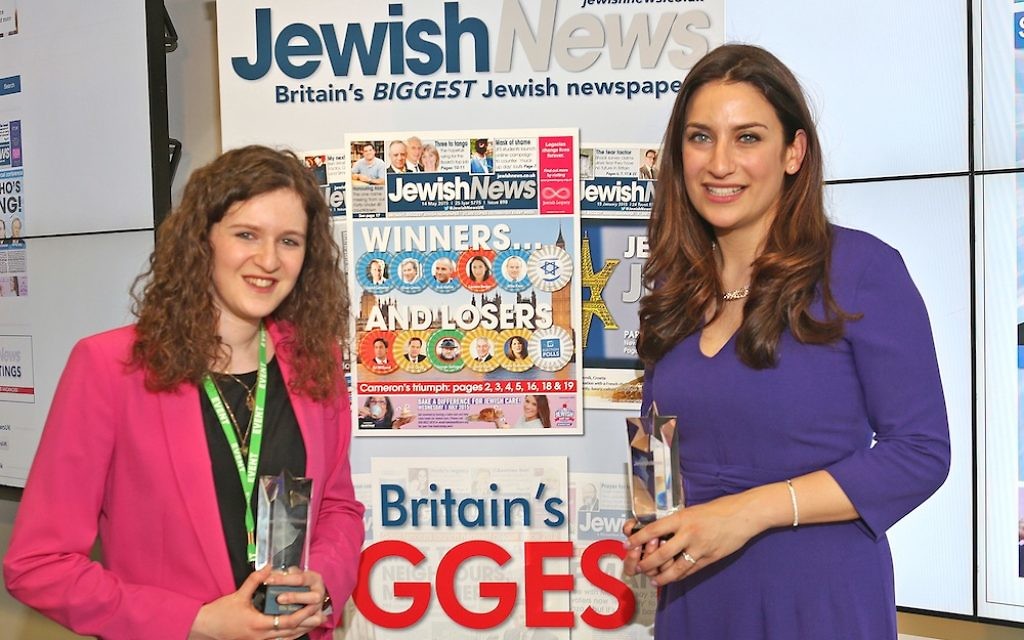 After over 200 nominations and months of intense debate, Jewish News – in association with the Jewish Leadership Council – awarded the winners of Forty-Under 40 and Twenty-Five Under 25, Luciana Berger and Ella Rose with their trophies.

The event was hosted by Facebook’s Nicola Mendelsohn, at Facebook’s London HQ. In her opening remarks, Mendelsohn said “we’re stronger wiser and better when we band together”, adding that “cultivating leadership in the Jewish community is crucial”.

Luciana Berger accepted her award from Jewish News editor Richard Ferrer, before she praised the “range of talents and achievements on the list” as being ‘inspiring’.

The MP for Liverpool Wavertree said “I wouldn’t be here were it not for encouragement and inspiration of Alan Senitt who would surely have been number one. He would have been in parliament with me”

She cited John F Kennedy, that the ‘Jewish people never considered youth as a barrier to leadership’, before thanking the UJS Executive Director David Brown for his work in the organisation.

With a strong contingent of current and former students, chief of the Jewish Leadership Council, Simon Johnson called for all of those recognised to ”support each other, help each other to develop’.

The event took place on 28 May.