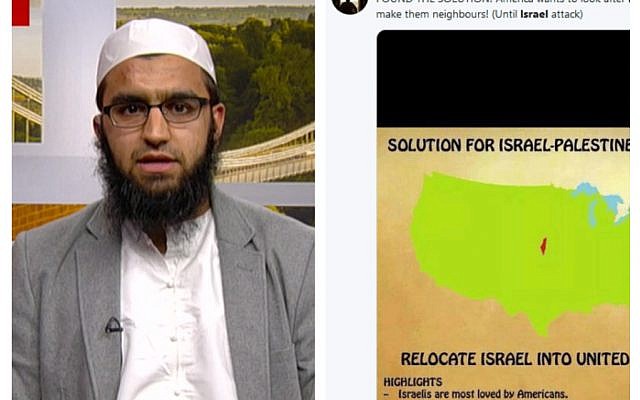 The BBC has acknowledged a research oversight led to an antisemitic imam question Tory leadership contenders about Islamophobia.

Presenter Nicky Campbell, who invited Abdullah Patel onto his BBC Radio 5 Live the morning after the live debate, said the imam had made “extremely disturbing” remarks on Twitter, and that he was “sorry” the BBC had not checked his background sufficiently beforehand.

In tweets unearthed by the Guido Fawkes website, Patel wrote: “Every Political [sic] igure on the Zionist’s [sic] payroll is scaring the world about Corbyn. They don’t like him. He seems best suited to tackle them!”

He also shared an image endorsing the relocation of Israel to the US as a way of solving the Israel/Palestine conflict. It was the identical image Labour MP Naz Shah shared in 2106, leading to her apology and suspension from the party.

Patel has since taken down his Twitter account but previous social media posts from @AbdullahPatel94 published by the Spectator include accusing the International Holocaust Remembrance Alliance of either “lying about wanting to protect freedom of speech, or they simply wish to undermine @jeremycorbyn”.

In one message Patel also reportedly wrote: “How long are the Zionists going to hide behind the Holocaust cry? It was a tragedy, but Gaza today is a repeat of the oppression.”

The BBC’s press team tweeted out the following statement in wake of the incident: “We carried out background research into the online social media profiles of all our questioners for last night’s debate. Following the debate, one individual reactivated a public twitter account he had previously deactivated, whose tweets were not visible during our research period. Had we been aware of the views he expressed there he would not have been selected.”

Rob Burley, who edited the programme, said: “It was AFTER the show that Mr Patel reactivated his account revealing his tweets. 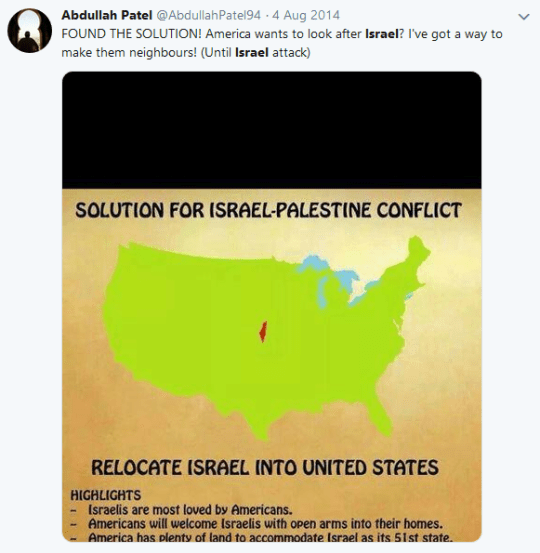 “We wouldn’t have put him on the programme if these were public before broadcast, but they were not. We also carried out a number of other routine checks which didn’t uncover anything untoward.”

Campbell tweeted: “I would like to apologise. We had the Imam from the BBC Tory leadership debate on our programme this morning.

“His social media comments have been extremely disturbing. We should have checked. We didn’t. I’m sorry.”

Jonathan Goldstein, chairman of the Jewish Leadership Council, said: “This is disappointing from the BBC. A serious point being lost due to the vitriol of the questioner. Racism against all is unacceptable.”

Following revelations about his comments, the Chair of Al-Madani Educational Trust announced that Abdullah Patel had been suspended as Deputy Head of the school.

In a statement, he said: “Following some of the comments attributed to Patel in the media this morning, the Trust has decided to suspend him from all school duties with immediate effect until a full investigation is carried out.”

“The ‘school’ and ‘Trust’ do not share the views attributed to him.”