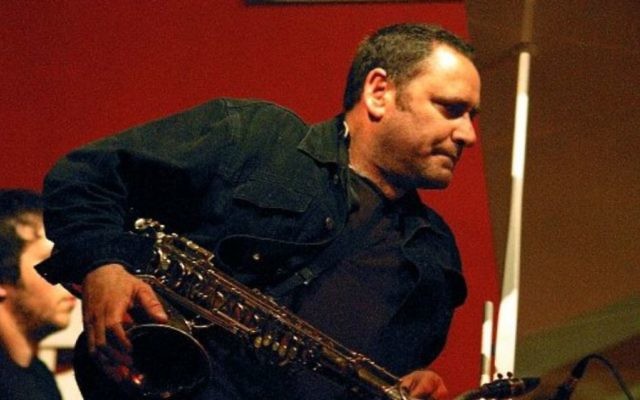 An iconic Jazz club in Chelsea has defended its decision to host a controversial saxophonist stalked by accusations of antisemitism.

The venue Club 606 sparked some criticism with its decision to host Gilad Atzmon and his band for a concert on 1 February, receiving an email complaint from a regular on Monday citing concerns about Atzmon’s views on the Holocaust.

An event listing on the club’s website describes Atzmon as a “wonderful sax and clarinet player with a powerful sound and unique approach” but notes his “well documented views on the Middle East that may provoke and challenge the listener.”

The venue’s owner Steve Rubie, who is Jewish, said Gilad had “sailed way too close to the wind sometimes” but defended him from charges of racism.  “Having just spoken to Gilad he insisted he’s not racist and went to great pains to say that he does not have an issue with Jews, of which he is obviously one, the religion or the culture,” he wrote in an email.

“His argument is specifically with what he calls the ‘political arm of Zionism.’ And to be fair, in all the many years I have known him I have never, ever, heard Gilad make any generalised criticism of ‘Jews’ as a whole,” he added.

Atzmon has repeatedly criticised what he described as the “Holocaust religion” and appeared to question the purpose of Shoah denial legislation. The Anti-Defamation League has described him as an “outspoken promoter of classic antisemitic conspiracy theories” who “has engaged in Holocaust diminution.”

A 2010 entry on Atzmon’s website reads: ” We should also ask for what purpose do the holocaust denial laws serve? What is the holocaust religion there to conceal? As long as we fail to ask questions, we will be subjected to Zionists and their Neocons agents’ plots. We will continue killing in the name of Jewish suffering.”

But Atzmon, who was banned from performing at the Islington Assembly Hall in 2018 by the local authority, denies the accusations, charging his critics of being part of a smear campaign against him. “Not once in my life did I criticise Jews as people, race or ethnicity,” he told Jewish News on Tuesday.

“I am critical of some aspects of Jewish identity politics. My books and articles on the topic are published in dozens of languages,” he said.  “Needless to mention that my concert in the 606 and in many other music venues around the world are musical events rather than political  gatherings and if this is not enough, half of the members of the ensemble are actually jewish.”

Denying claims of historical revisionism, he said: “Chapters in the past that can’t be discussed freely, or being revised or rewritten often deteriorate into  dogmas and religions. I actually insist that the Holocaust should be treated like all other genocides and be translated into a universal message against all forms of operation  and racist abuse.”