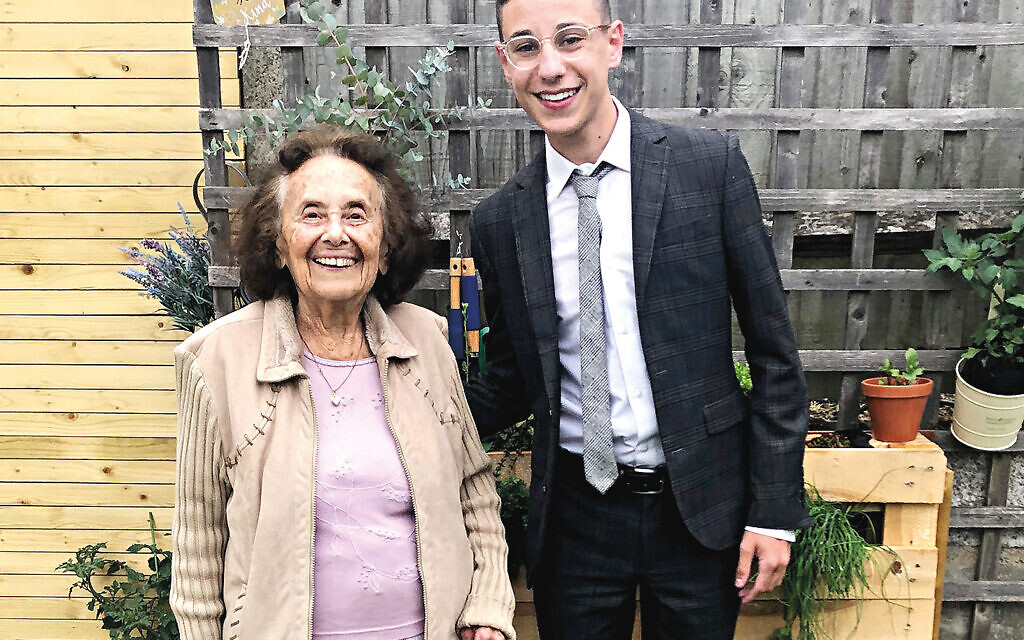 Social media might have its negatives but it can also greatly restore your faith in humanity, if 97-year-old Holocaust survivor Lily Ebert and her great-grandson Dov Forman are anything to go by.

Not only have they accumulated 1.3 million followers on TikTok (and counting), with each clip of Lily’s Holocaust experiences amassing well over 100,000 views, but they are also inundated daily with messages from all over the world.

While held at Auschwitz on Yom Kippur, 1944, Lily promised herself that if she survived she would tell the world her story – and now indeed she is.

Her new book, Lily’s Promise, is an equally heart-warming and heart-wrenching account of her life before, during, and after the Second World War, beginning with a supremely happy childhood. She describes growing up in a rural town in Hungary, surrounded by extended family and friends where, unlike today, she was totally unaware of any racism towards Jews. 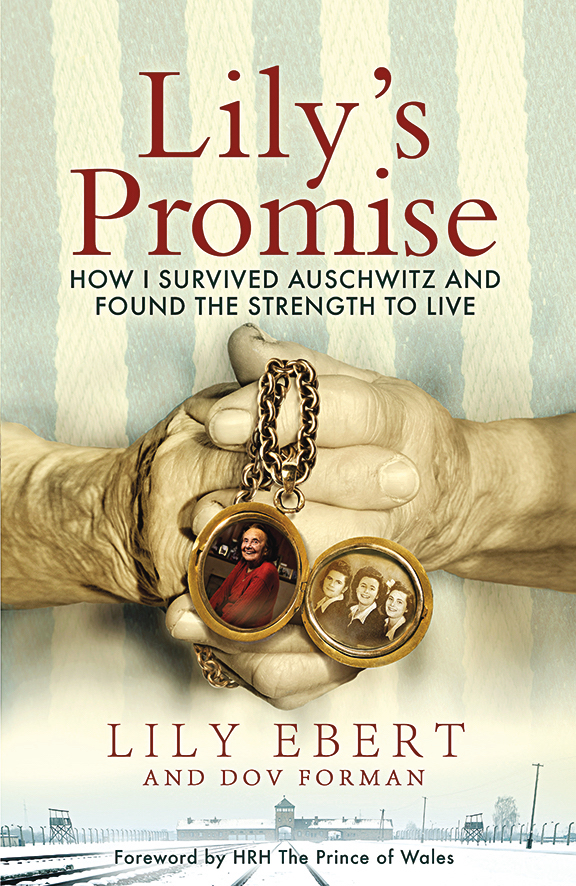 Her story unfolds through the ghettos, -concentration and labour camps, and out the other side, where she rebuilds her life first in Israel and then London.

For many years, she kept quiet about her ordeal – a “family tradition” of keeping silent, she muses, as the three of us chat over Zoom – although her children, and later great-grandchildren, had some idea of what she must have been through, as she made no attempt to hide the blue numbers forever etched not only on her arm but also on her soul.

In fact, it wasn’t until the pandemic, when Dov, 17, was separated from his great-grandmother (or safta, as he lovingly calls her), that he started to dig a little deeper, with Lily’s blessing.

When Lily was liberated in 1945, a Jewish-American soldier gave her a bank note on which he had written, in rudimentary Hebrew, “good luck and happiness”.

Fast forward a few decades, and Dov decided it was time to track down the GI, using the power of social media. Their almost immediate success at finding the young soldier’s family propelled the pair to make headlines across the world and offered Lily the opportunity she needed to make good on that promise – in print. 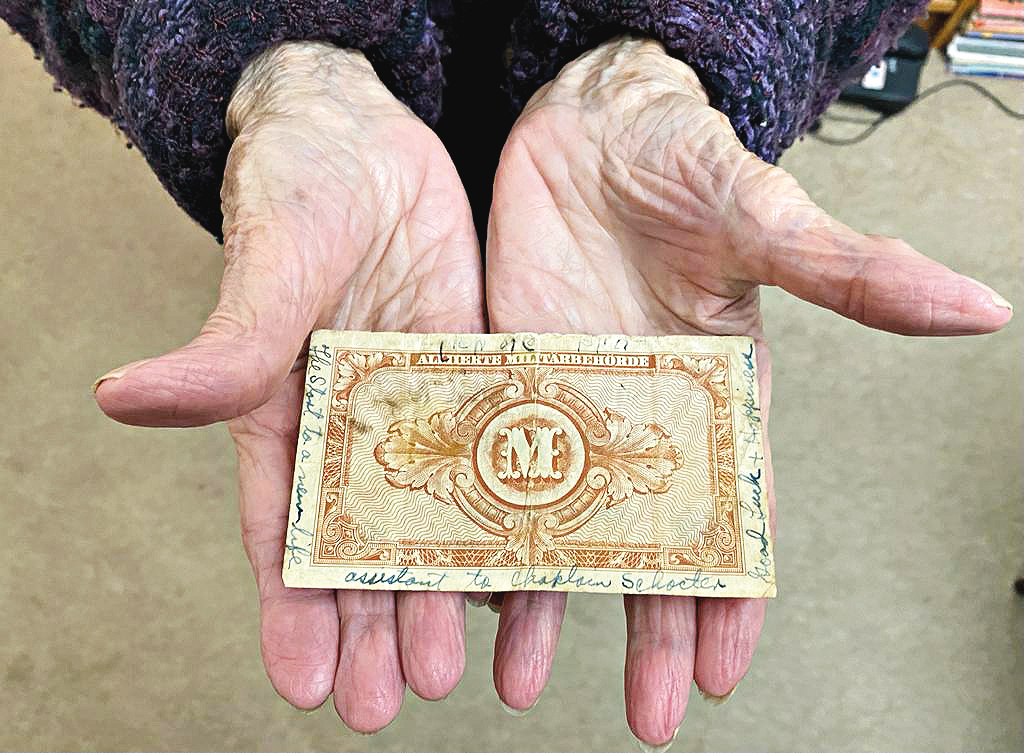 “I’ve always found it easier to answer the questions of strangers, to talk to large groups in public, than to discuss my past with my own family, at home,” she writes towards the end of the book, reflecting on her life and her work. I ask if she ever still feels reluctant to discuss her story so openly, leaving herself vulnerable to hatred and denial, as well as reliving her own trauma. She replies in thickly accented English: “If we keep quiet now, nobody will ever learn.”

With recent political unrest abroad leading to a spike in antisemitic and anti-Zionist sentiment in England, I ask whether the public stayed engaged and supportive when Jew-bashing seemed all the rage.

They both feel that people are now more interested in the Holocaust than ever before and are grateful to platforms such as TikTok for enabling them to become educators. 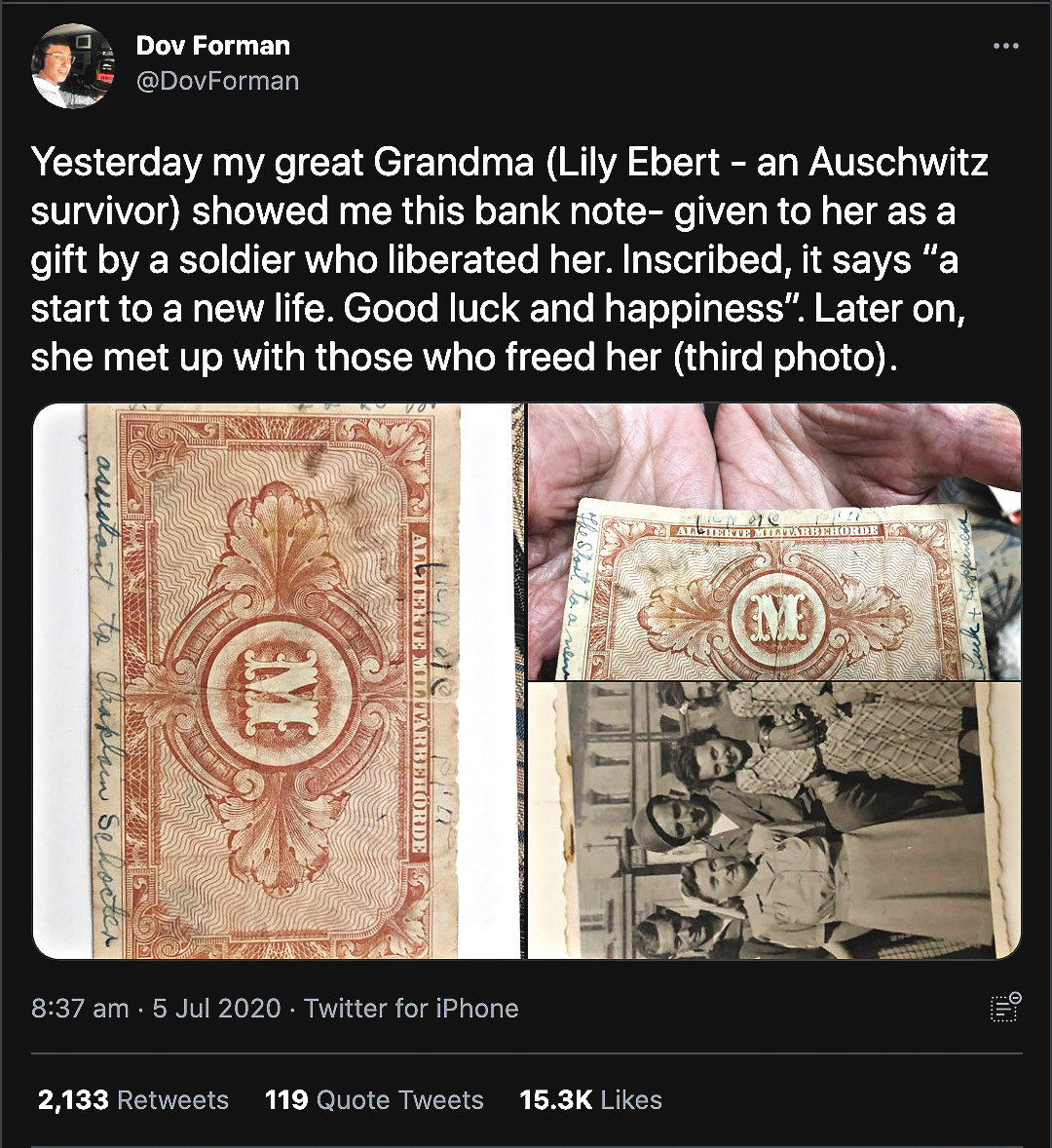 But, like many others, they have been trolled – especially while tensions were high a few months ago. These aren’t, however, the messages on which they want to dwell, and they both accept that the backlash is part and parcel of what they are trying to achieve.

If anything, they say, it’s proof of why Lily’s work is all the more pertinent. They recount messages from all over the world, especially from isolated Jews living in communities where perhaps there are few others left, telling Lily she makes them proud of their faith.

One man thanked her for pulling him through a suicidal episode, purely with her tenacity and courage. They’ve even received a beautifully sketched portrait of Lily from the Netherlands, which they hold up proudly.

It seems many victims of trauma recognise in Lily a fellow survivor and essential storyteller, regardless of race, gender, religion or age. 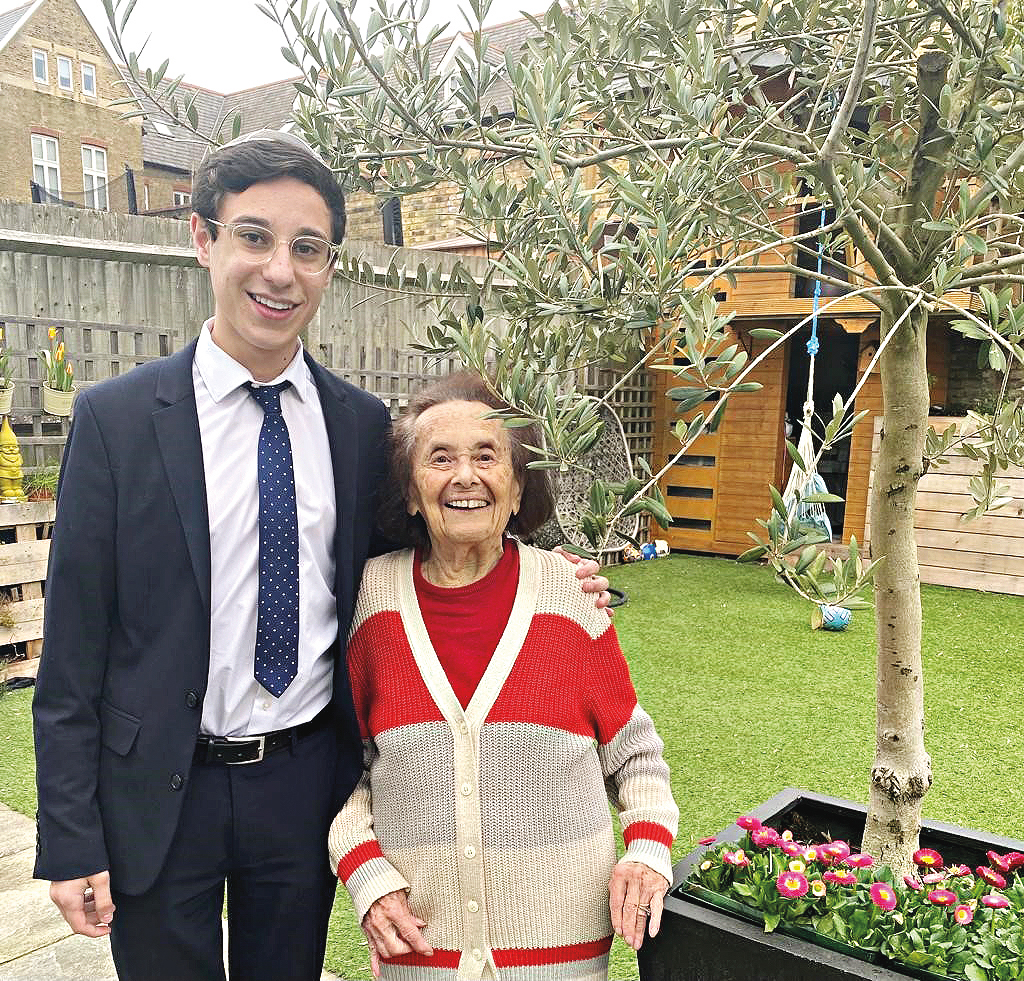 Despite breaking the internet, Lily is keen to get back into schools to keep on educating the younger generation, something that has been paused by the pandemic. She is also a founder member of the Holocaust Survivors’ Centre and was awarded the British Empire Medal for services to Holocaust Education (indeed the foreword is penned by the Prince of Wales).

The book touches on the topics and tensions of survivors’ groups, which is equally as informative and important, as well as the inherited trauma carried by the offspring of many survivors.

In the book, Lily writes: “I have no better understanding than you of how any of it was possible,” and “You cannot fear the worst if you cannot imagine it.”

She tells me that the Holocaust started with words, not actions. And neither Lily, nor Dov, will be silenced.

“We have to be very strong and say it again and again – it happened.”