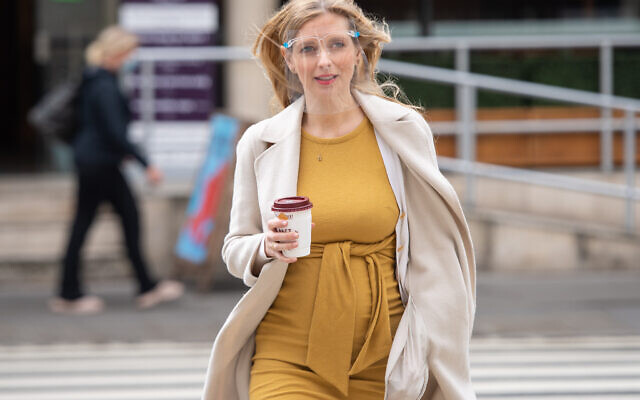 Rachel Riley arrives at the Royal Courts of Justice in London, for a libel case between the television presenter and a former senior aide to ex-Labour leader Jeremy Corbyn. The 35 year old who appears in the Channel 4 show Countdown, says she was libelled in a tweet posted by Laura Murray. Picture date: Monday May 10, 2021. PA Photo See PA story COURTS Riley. Photo credit should read: Dominic Lipinski/PA Wire

Hard-left activists are calling for a boycott of The Big Issue because it ran an interview with Countdown star Rachel Riley in which she expressed support for Sir Keir Starmer’s efforts to purge Labour of antisemitism.

Simon Maginn, an outspoken supporter of Sir Keir’s predecessor Jeremy Corbyn, tweeted that he had written to Lord Bird, who co-founded the magazine 30 years ago to help raise funds for the homeless, to protest at Riley’s inclusion.

“Very disappointed that @BigIssue would publish that Rachel Riley piece,” he wrote.

“I’ll be boycotting you now until you offer a right of reply. There are many other ways of helping the homeless. I won’t support or defend hate, and neither should you.” You can read the interview here.

Jackie Walker, a former official with the pro-Corbyn Momentum group who was expelled from Labour over allegations involving antisemitism, tweeted: “This is why you shouldn’t buy Big Issue again.” 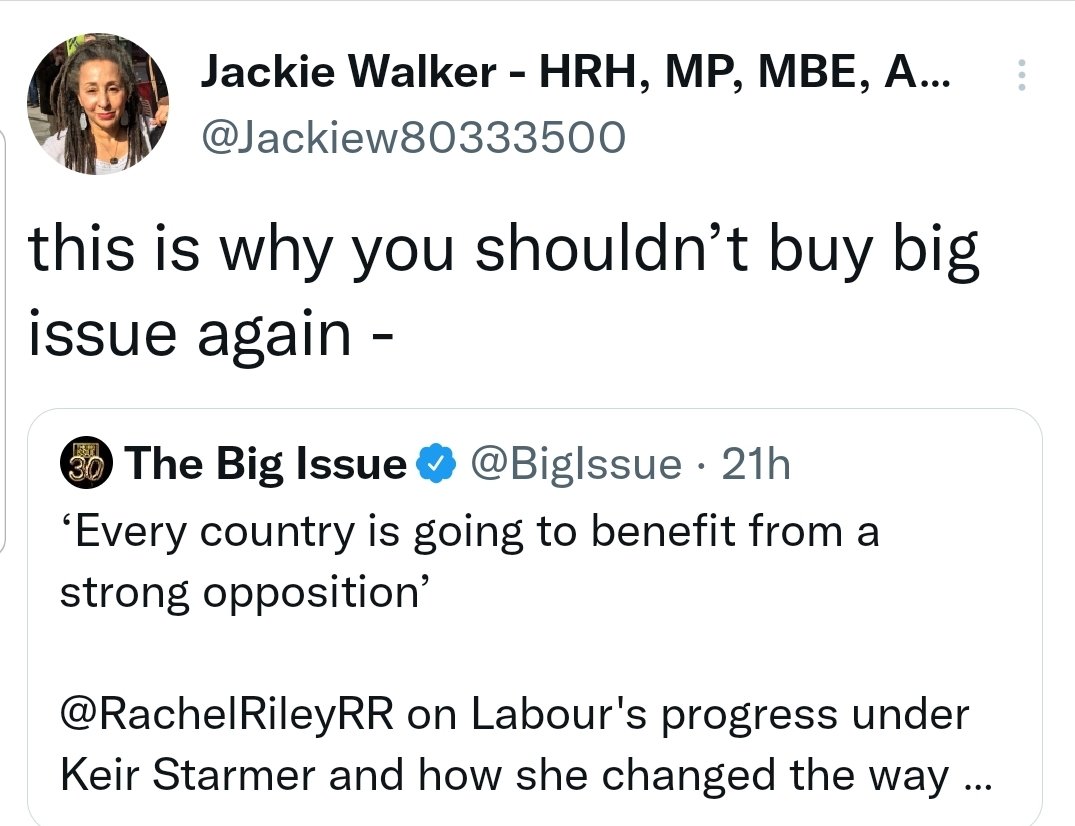 Riley, 35, who has Jewish roots and is eight months pregnant with her second child, has repeatedly spoken about the antisemitic abuse she has faced, and has now become an ambassador for the Centre For Countering Digital Hate campaign group.

In an interview with the latest Big Issue, she says Sir Keir has “a tough job to try to bring his party back to what it was” and suggests he and his frontbenchers “know they’re not electable” unless they rid it of antisemitism.

Since it was published, trolls have described Riley as a “Zionist shill,” “a Right-wing hag” and a “disgusting evil woman”.

One even claimed: “The homeless are suffering because of Rachel Riley.”

Speaking to the Mail on Sunday,Lord Austin, a former Labour Minister who quit the party in 2019 over its “culture of extremism and antisemitism”, slammed demands for a boycott.

“These people are a complete disgrace,” he said.

“They would rather homeless people lose out and go hungry because The Big Issue contains an interview with Rachel Riley, who they hate because she campaigned against racism.

“I hope everyone will go out of their way to buy a copy this month.”

Labour MP Neil Coyle also told the Mail on Sunday: “Anyone suggesting we don’t buy The Big Issue and ignore homeless people because it is also exposing racism reveals quite how these people sank Labour and why they must never again be trusted to be anything other than a factional cult.”

Founded in 1991, by Bird and Gordon Roddick, The Big Issue is sold on the UK’s streets by homeless people offering them the chance to earn some money and to integrate into society again.

Riley spoke to the publication on her last day before starting maternity leave. Her second child with Strictly Come Dancing partner Pasha Kovalev is due by Halloween.

She was asked about the abuse she has received on social media since she began campaigning against antisemitism and she recently became an ambassador for the Centre for Countering Digital Hate organisation.

She said: “I had to change the way I used it because there was a lot of abuse over a period.

“I had a daughter. She’ll be two in December and, you know, priorities change. I enjoy dotting in and out but it’s much better to have it as a little aside that you do every now and again, that’s not running your life.”