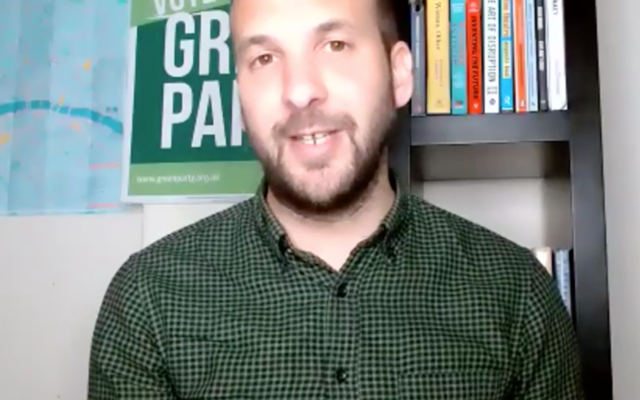 The Green Party have voted to adopt two different definitions of antisemitism at the party’s autumn conference – leading to some members calling new formal guidance a “fudge.”

In a move confirmed on Sunday, the Greens adopted both the IHRA definition of antisemitism, along with the more recently devised Jerusalem Declaration, which was drawn up by critics of the earlier version.

The party also confirmed that it maintains a policy in support of the Boycott, Divestment and Sanctions (BDS) movement.

During the conference debate those opposing the motion claimed the IHRA definition would leave the Greens unable to support BDS and could lead to supporters of the anti-Israel movement being vilified.

But the Greens voted by a substantial majority to endorsed a document of guidance for dealing with internal disciplinary cases relating to antisemitism which contained both definitions.

The Jerusalem Declaration of antisemitism – which states that anti-Zionism is not antisemitic – was drafted in an attempt to address concerns by some on the left that have been raised with the IHRA definition.

Critics of IHRA have argued that some of the illustrative examples given as part of it limit people’s ability to speak freely on Palestine, a claim loudly rejected by its advocates.

Examples of modern antisemitism according to IHRA could include denying the Jewish people their right to self-determination and claiming that the existence of a state of Israel is a racist endeavour, comparing Israel’s policies to the Nazis, and “applying double standards to [Israel] by expecting of it a behaviour not expected or demanded of any other democratic nation”.

She said the party were trying to please both “the mainstream Jewish community” and Israel’s critics at the same time.

But Greens’ policing and domestic safety spokesperson Shahrar Ali branded this a “fudge” and the “worst of all worlds”.

Other opponents of the motion argued that by adopting the IHRA definition the party and its members would be unable to advocate for BDS and could lead to supporters of the movement being vilified.

Alston responded by saying the motion would provide “all the necessary documents to understand antisemitism”.

His motion, which passed with a large majority, was supported by current Green Party co-leader Carla Denyer and by the Greens’ MP Caroline Lucas

After the motion was passed Green member of the London Assembly Zack Polanski, who is himself Jewish, told the Left Foot Forward website, “The passing of this motion confirms our Party’s commitment to increase awareness and education on antisemitism and other forms of discrimination.

“This is a definition which helps in understanding about antisemitism and also prevents false accusations of antisemitism. The IHRA definition does not preclude criticism of the Israeli Government in proportionate ways to any other country.

“This motion builds on the hard work that has previously taken place – particularly with a focus on intersectionality.

“Jewish Greens will continue working with Greens of Colour, LGBTIQA+ Greens and the Gypsy, Roma, Traveller Community to ensure that discrimination is always challenged – and work towards both a more inclusive party and society.”