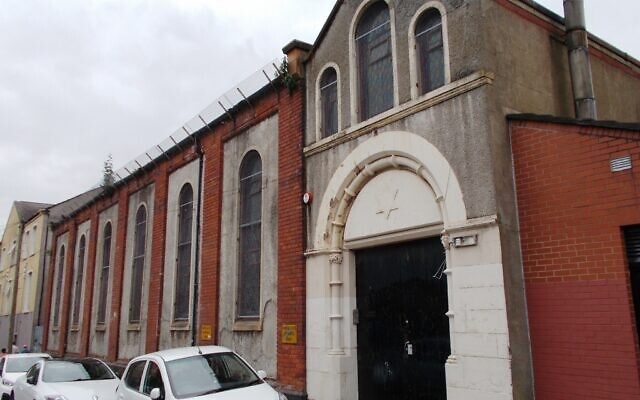 Minister Brandon Lewis spoke to Chief rabbi Ephraim Mirvis, Board President Marie van der Zyl and two local Jewish leaders in the region, in a bid to urgently address their concerns this week.

According to the Board of Deputies, Kosher food and other items, such as lulav and etrogs for Sukkot, have been supplied to Northern Ireland’s community from Britain in a temporary arrangement after Brexit.

However, the protocol will end this deal in September, leading to fears the community of around 100 – which is struggling to remain open – could collapse without support.

Welcoming the Northern Ireland Minister pledging his full support in addition to the Government’s lead EU negotiator Lord Frost, Marie van der Zyl said: “The Belfast Jewish community is a great community with a rich history, but also an older and vulnerable one.

“We thank the Minister for his time, and urge the UK and the EU to generate a creative solution which means that Jews can continue to practise their faith in Northern Ireland.”

However, giving evidence to the Commons Liaison Committee, the Prime Minister

said recent problems over to movement of chilled meats from the rest of the UK were still “far from fixed” following an agreement to delay the implementation of border checks.

He said there were now concerns among Northern Ireland’s Jewish community that they would be unable to access kosher foods unless it was resolved.

“They are talking now about an exodus from Northern Ireland. We want to do everything that we can to avoid that,” he said.

“I think what we all need to do is work rapidly on some solutions, fix this thing fast.

“I think it will take some effort but we really can’t exclude any actions that the UK government my need to take to protect what it says in the Protocol.”