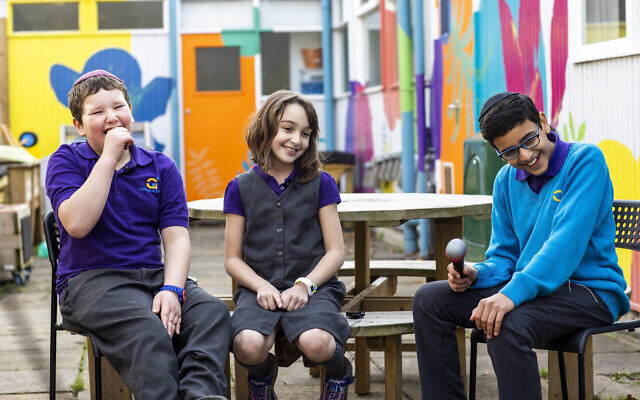 Pupils at Gesher school will benefit from a fundraiser netting £2.24m for their new school site

Special needs school Gesher raised a stunning £2.24m this week to renovate their new site into a building with state-of-the-art SEN facilities.

The school, established in 2017 by co-founders Ali Durban and Sarah Sultman, currently educates 40 children with SEN at its site in Willesden, but in September will move to the old Moriah Primary site in Pinner.

The school launched its ‘Big Build’ campaign on Sunday, and managed to raise a colossal £2.24m in just 36 hours.

“Everybody has got really behind us, it’s been quite amazing,” said co-founder Sarah Sultman.

“It’s all been very close to the wire, because the contractors were starting on the building today. Now we’ve had this fundraiser we can do so much more on our list.”

Money raised will go towards an expansion of the school and extensive modernisation of the new site, with provision for occupational therapy and sensory rooms.

“We were offered the most wonderful opportunity with this new site at Moriah in Pinner,” explained fellow co-founder Ali Durban.

“But it is a 30-year old school, built for primary age children in the 1990s, who are neuro-typical. We have to adapt, modernise and upscale this building so that it is appropriate for secondary age pupils and children with special educational needs.”

The campaign attracted hefty donations, and was also endorsed by celebs such as Jimmy Carr and Jamie Redknapp.

The school, which is rated ‘Outstanding’ by Ofsted, is in the top three percent of special needs schools in the UK.

To see the campaign, visit: https://www.charityextra.com/gesherschool/33513