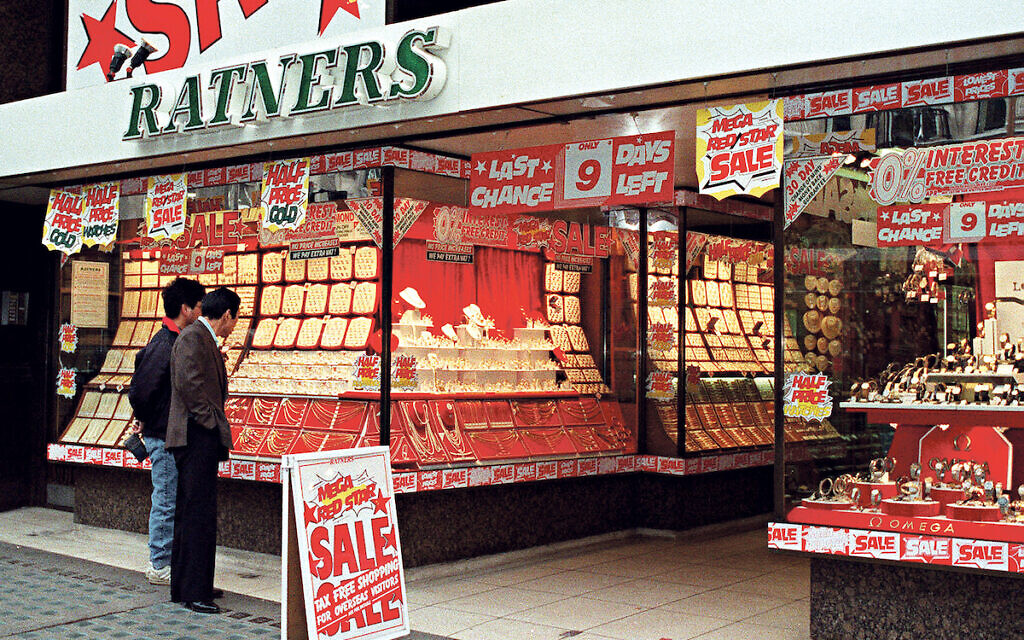 For companies on the brink of collapse, the writing can be on the wall before share prices begin to plunge, but for Gerald Ratner there was no real warning the world’s largest jewellery business was about to sink faster than the Titanic – and all because of an ill-timed joke that took just seconds to deliver.

On 23 April 1991, a date forever etched into the 71-year-old businessman’s mind, Ratner – who headed up a superbly successful jewellery company that incorporated his eponymously-named chain, as well as H. Samuel, Ernest Jones and Watches of Switzerland – gave a now infamous speech at the Institute of Directors’ annual dinner.

Having been advised to inject some humour into his speech to an esteemed audience of CEOs and politicians, he made self-deprecating remarks about some of the products sold by the Ratners Group, which were available at discounted prices.

In the solitary minute that changed his life, he told his avid listeners: “We also do cut-glass sherry decanters complete with six glasses on a silver-plated tray that your butler can serve you drinks on, all for £4.95. People say, ‘How can you sell this for such a low price?’ and I say, ‘Because it’s total crap.’”

He went on to make his second joke of the evening, referencing a pair of earrings his company sold for less than a pound. “Some people say, ‘Well it’s cheaper than a prawn sandwich from Marks and Spencer’, but I have to say the sandwich will probably last longer than the earrings.”

Ratner felt the speech had gone down well – but he hadn’t accounted for the tabloid journalists present, who failed to see the funny side just as the country was being plunged into a severe economic recession.

It was this event 30 years ago that would forever change his life, as he reveals in a new Auddy podcast series, Make or Break, in which journalist Owen Bennett-Jones taps some of the biggest names in business to discover the single most defining moment of their careers. 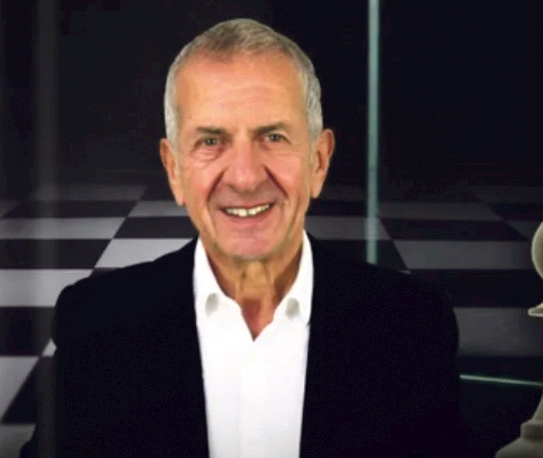 Having been plastered over the tabloids, where he was accused of calling all his products “crap” while making fun of his loyal customers who had funded his “fat cat” champagne lifestyle, the Jewish businessman went from owning a private jet and several upmarket properties and a chauffeur-driven Bentley to losing almost everything overnight as share prices plummeted from £4 to just pennies per share.

Those few seconds of his life, a tiny portion of the otherwise outstanding business career he had until then enjoyed, came to be known as “the worst corporate gaff of all time”.

“One minute I was a hero, the next a zero,” says Ratner, who has endured more than his fair share of ups and downs since that day – more so than the steep hills and valleys the keen cyclist expertly traverses as he chats to me hands-free while enjoying a daily bike ride close to his Berkshire home.

“I couldn’t believe this had all happened over a stupid joke. I could live with the humiliation, but what I couldn’t live with was the sales that started collapsing. Everything I had built up over the years to become the world’s largest jewellers became a loss-making business. You can’t imagine – putting aside someone dying – a worse thing to happen to you.

“Business was something I was a success at from a young age, and that was my family business. It was the worst nightmare.”

Ratner, who was born in Richmond and grew up in Hendon, had always been a businessman. It was, he says, in his blood, inherited from his father Leslie, who built up a chain of jewellery stores. He recalls how, when he was young, the pair went down to Petticoat Lane Market early on Sundays to observe the sellers.

“They did a whole patter,” he enthuses. “Those who shouted the loudest got the most business and nothing really has changed. If you want your business to do well, you still have to shout.”

Ratner joined his father’s business fresh out of school and after his father suffered a brain haemorrhage in the early 1980s, took over the reins completely. At that point, the company was making a £34,000 loss a year, but he soon turned it around into a considerable success. Just the day before his fateful speech, the Ratners Group had reported profits of £125 million.

“It was all the lessons from Petticoat Lane,” muses Ratner, who grew up in a fairly traditional Jewish family. “We became more aggressive with our pricing and marketing, with posters and music, which was very unusual for a jewellery business in those days, and we did discounts. But it worked well. We had 50 percent of the market, as well as 1,000 stores in America.”

Seeing all his hard work – and the company his father had founded – seemingly crumble away overnight was more than a bitter pill to swallow.

To add to his devastation, he was fired by the chairman he himself had hired to help steer the company around. “I felt absolutely horrendous,” he says. “It was like a dagger to my stomach.”

Ratner slipped into depression despite being usually “a cheerful soul” and he admits it took several years before he picked himself back up to establish an online jewellery company and a health club in Henley-on-Thames. Meanwhile, the company changed its name to the Signet Group and is still the world’s largest retailer of diamond jewellery.

Today Ratner enjoys making a successful living as a keynote speaker – something that, I point out, is a little ironic given it was a speech that got him to this point. “I suppose it is a little,” he laughs. “Having said that, I’m not earning the money I was.

“In those days, I was earning £800,000 a year, which is about £8m today. But I enjoy making people laugh, which is how I got into trouble in the first place – and I wouldn’t be doing this if it hadn’t been for that speech.”

I want to ask Ratner how he feels about the decanter 30 years on – does he still think it was “crap”?

“Yes, I do,” he says positively. “It was part of the line from H. Samuel and
I was explaining how I couldn’t discontinue it [even if it was crap] because it sold so well. I did also say that our jewellery was of the highest quality, but that didn’t get reported.”

If there is a silver lining, it is that Ratner believes he is “much more resilient now”, but still feels he was unfairly treated over the gaff. “I see myself in the mirror and know I am not the person who the papers portrayed. I’ve got nothing to apologise about.

“And conversely, I can’t blame anybody else, because it was a dumb thing to say. The tabloids are what they are. I gave them their ammunition.
I should have been less arrogant and more careful.”