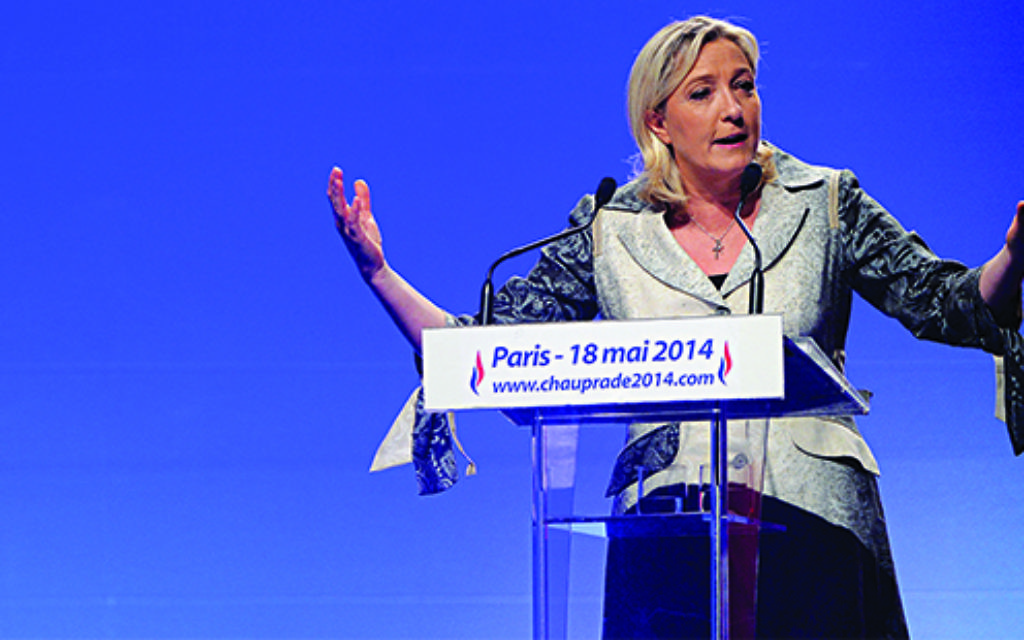 The group representing half a million French Jews has called for “mass voting” against nationalist political party Front National following its wide wins in regional elections on Sunday.

Conseil Représentatif des Institutions Juives de France (CRIF), the French equivalent to the Board of Deputies of British Jews, issued a statement ahead of further voting this weekend, saying: “Go out and vote by the masses to block the FN, a xenophobic and populist party. Do not allow the Republic to fall.”

The party is anti-Europe, anti-globalisation and anti-immigration, and is often seen as hard on the causes of terrorism, which has led to accusations that it is anti-Muslim. Its success was this week being seen as a reaction to the latest terrorist atrocities in Paris, following earlier attacks by jihadists in January.

French Jewish leaders have distanced themselves from the party, which is led by Marine Le Pen, in part because of its association with her father Jean-Marie, who founded it. He was however recently expelled for saying Nazi gas chambers were a “detail of history” and defending war-time collaborator Philippe Petain.

Marine has sought to shed the anti-Semitic image her father gave the party, but while some European Jewish groups have initiated dialogue, most continue to refuse meetings.

In March last year, when the party won control of 11 towns across the country, the Conference of European Rabbis, said: “The French electorate is either not taking the threat from the far right seriously or they do not care. In either case, this result should sound alarm bells across Europe that the politics of hatred are making a formidable comeback.”

Three months later the European Jewish Congress (EJC) filed the lawsuit in Paris, after the 85-year old Jean-Marie, after he used a phrase for ovens when responding to criticism from Jewish singer and actor Patrick Bruel.