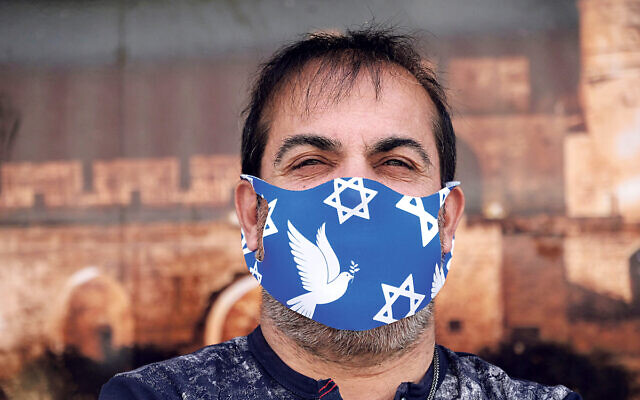 Jewish charities have sounded a warning about the risks Monday’s much-vaunted Freedom Day will pose to the community’s most vulnerable.

The government confirmed this week that most legal restrictions will end in England at the start of next week  but that new Covid cases could reach as high as 100,000 a day in just weeks. The UK reported 42,302 cases in the last 24 hours alone.

The announcement has left many in the Jewish community fearing to leave the house because of the risk to their health.

Juliet Coffer, from Hampshire, has sarcoidosis, an inflammatory condition affecting multiple organs,  meaning she needs to be on oxygen 24/7.

She has been self-isolating for more than 600 days, since even before the pandemic began, because of concern about other respiratory diseases. “What got me most angry [about the announcement] was that they did not give any consideration to the immuno-suppressed. We seem to be an afterthought,” she told  Jewish News.

“The government seems to be saying, ‘some people will die’. I could be one of those people and I have a right to life as much as anyone else.”

Coffer, who has left her house during the pandemic only once, to visit her parents, urged the public to show consideration and continue wearing masks in enclosed spaces.

Sue Khazoom, an estate agent from Edgware, had an operation for ovarian cancer in January and had to undergo chemotherapy, leaving her with a weakened immune system.

“The cases are going to increase, so what hope have I got for being careful?” she asked. “They’re predicting 100,000 a day by August – how can I go places?”

At the moment, Khazoom, who has been supported by Chai Cancer Care during her diagnosis, is only going to indoor spaces if there are not many people around – and says no matter what the law is, she would still have to continue minimising social contact because of the risk to her health. 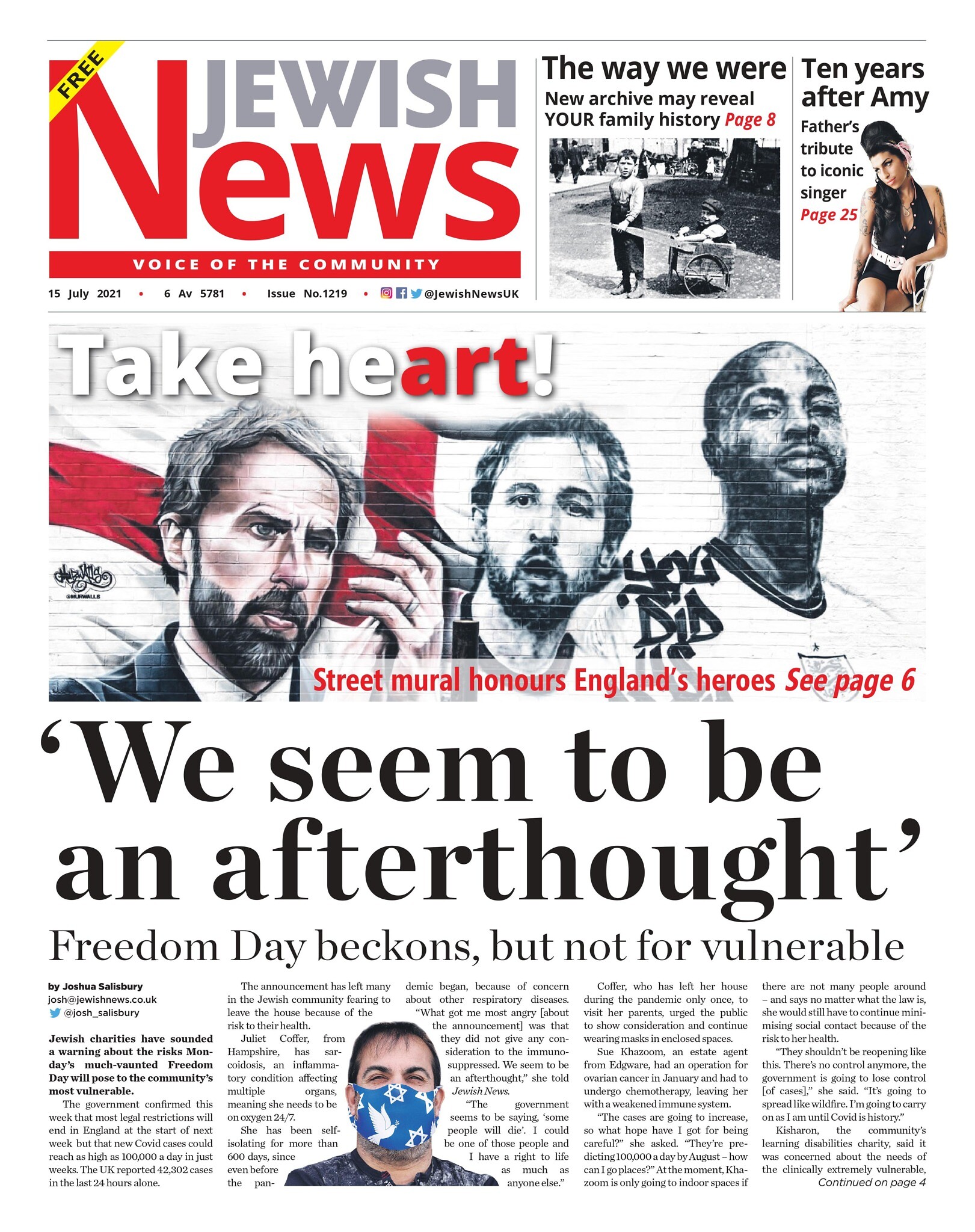 “They shouldn’t be reopening like this. There’s no control anymore, the government is going to lose control [of cases],” she said. “It’s going to spread like wildfire. I’m going to carry on as I am until Covid is history.”

Kisharon, the community’s learning disabilities charity, said it was concerned about the needs of   the clinically extremely vulnerable,  particularly in support settings. However, the charity said it welcomed some steps as a return to normality.

“We are worried about how best to balance this with risk to the people we support, a number of whom are extremely vulnerable and have been shielding,” said its director of operations, Hadassa Kessler.

The charity said it would consider what safety measures were needed in the wake of the scrapping of rules.

Norwood said it would insist on regular testing and personal protective equipment in its settings, while awaiting detailed guidance.

“We will continue to proceed cautiously in order to maintain the safety of our services and as such we would look to maintain risk-assessed measures in place,” said  a spokesperson.

Laurie Decker, 63, who has Down’s syndrome, lives at home, where he is supported by Norwood. He looks forward to eventually being able to visit family in Leeds. “I miss my friends,” he said.

Elsewhere, Edgware United Synagogue told its members this week social distancing measures would remain in place until 17 August – the day after the relaxation of government rules on self-isolation.

Attendees will still need to wear face masks, kiddushim will continue to be held outside, while registrations for services be required until after Simchat Torah.

It said these measures were being retained “for the continued health and well-being of our members”.