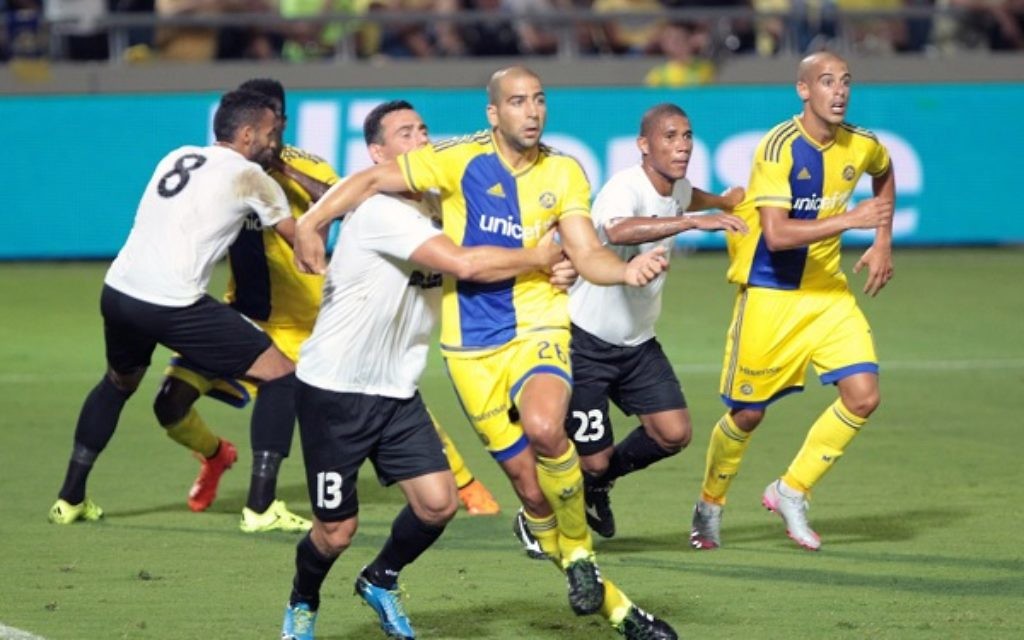 Maccabi Tel Aviv are through to the Champions League third qualifying round after they beat Maltese champions Hibernians 5-1 at the Bloomfield Stadium on Tuesday night.

Trailing 2-1 from last week’s first leg, an own goal from Jorginho, two strikes from Eran Zahavi, one from the penalty spot, plus late efforts from Tal Ben-Haim and Nosa Igiebor gave the Israelis an ultimately convincing win. However, the performance was a far from convincing one, and Rodolfo Soares’ strike early in the second half had put the visitors ahead on aggregate.

Maccabi coach Slavisa Jokanovic said: “I can’t be completely satisfied, we had many minutes with many problems. We started very nervously and made many mistakes. At the end we got the result we needed and took a step forward, but there’s a bigger step in front of us.”

Facing Czech champions Viktoria Plzen next, with the first leg next week, Maccabi are looking to reach the group stage for just the second time in their history, their only appearance coming back in the 2004/05 season.

But saying his side have no chance of progressing any further if they don’t improve, he said: “Overcoming Plzen is complicated for us. We must improve by 100 percent or more.”

Ben Haim echoed his manager’s sentiments, saying: “We did a decent job today but we will still have to improve going forward. However, we advanced and that’s what is important right now. When we lost 1:2 away at Hibernians it definitely put the pressure on us at home but I don’t think that this club is as weak as people thought they were.

“When you play away and we didn’t know that much about the Maltese side it was difficult because they played with a lot of passion. When you play at home it’s a different story but we didn’t have any room for mistakes. They have a number of good players and we’re happy that we accomplished what we set out to do. Remember we are still getting into match shape and that this was only our second official match. Next game you’ll see an even better team.”

Speaking about their next match, against Plzen, he said: “We’ve heard about Viktoria Plzen but we don’t know much about them. Our total focus was on defeating Hibernians and on nothing else. Now we will have to get ready and prepare for the next set of matches. This week we will begin to learn about the club and come to the game next week completely focussed.”

Two-goal hero Zahavi said: “There is no such thing as an easy match in Europe, especially as we were under a bit of pressure,” said Zahavi. “Clearly we need to improve but we achieved our goal. If we are disappointed after winning a match 5-1 than we are in a good position.”