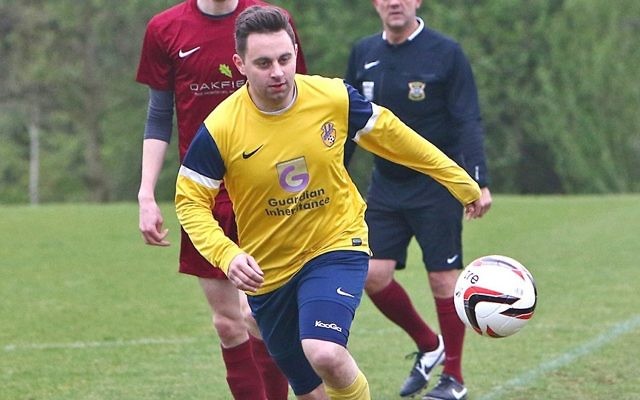 FC Team’s Mitch Young has apologised to the League after the club’s B team were forced to fold – and withdraw from the MGBSFL.

Young, who’s player-manager of the A side, even took over the B team in a bid to keep them going, but confirmed how after an emergency committee meeting on Monday, it was “decided for the best interest of the club to fold the second team.”

He said: “I would like to apologies to all the managers, players and of course David & the MSFL Committee for having to do this but we had no other option & look forward to the remainder of the season.

“This decision was by no means taken lightly and it is important for everyone associated with the MGBSFL to know that we did everything we possibly could to keep the second team going.

“We started the season with a committed squad of 14-15 players with a couple of pay as you play. However, following on from a number of injuries, poor results and lack of financial commitment the managers felt they could not raise a team and resigned.

“This left a core group of six-seven committed players and at this point I had to take over the management and in the space of a week, signed around nine players who were willing to ‘help out’. We completed the remaining matches in December with a make shift team to try and honour our fixtures and keep the team going.

“But all this was at the detriment of our first team, which itself started the season with a strong squad of 20. However, with six bad injuries and a group of six long term members leaving for personal reasons, we were left down to a bare 11 in and around October. I subsequently signed three players to supplement our squad, but when we have suspensions or unavailability’s, we are also stretched.”

Adding how financial costs also had a bearing, he said: “On top of all this we moved our ground to a 3g pitch where we are being charged £700 per month. When you don’t have committed players paying their registration fees and annual subs, this puts a severe burden on the senior management of the club who have personally been paying for pitch, FA fines and league fees for the past month.

“In our 12-year history we have never had to forfeit a match or fold a team. Having run three teams successfully and in some seasons four teams, it’s fair to say we know how to run teams and see out a season, hence this decision was made for all the right reasons. This season I have seen a staggering number of injuries but more concerning a distinct lack of interest to play 11 a side football.”

However, now looking ahead, he added: “FC Team will now prosper with one strong squad competing in the Premier Division and last 16 of the National Cup.

“Myself and the Senior committee members are as passionate as ever to build on what we have achieved thus far in the MGBSFL and [will] review whether or not we can re-establish the second team next season.”