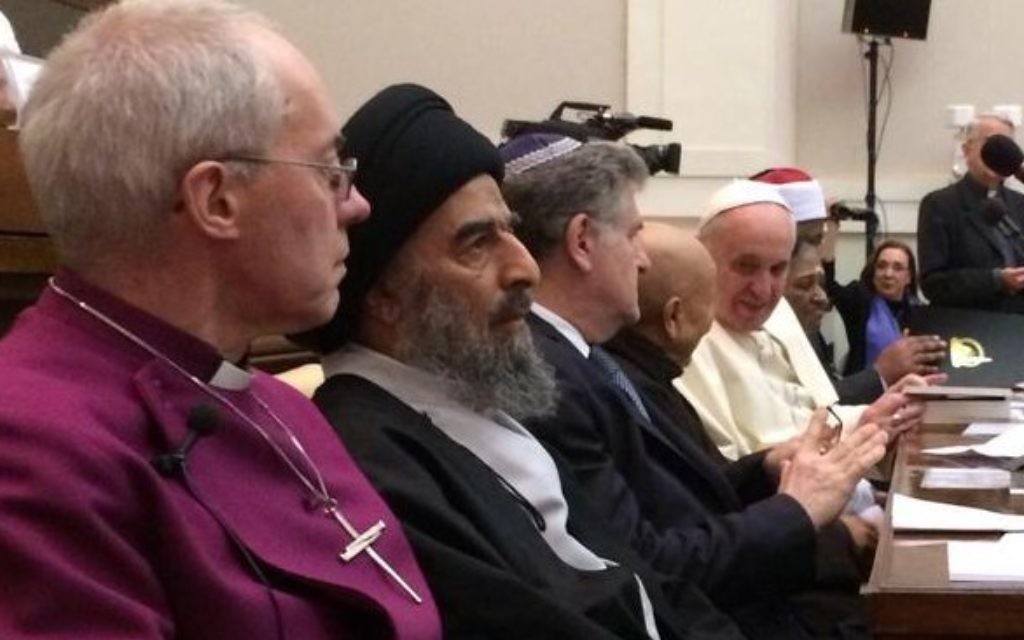 High profile faith leaders meet, including the Archbishop of Canterbury and the Pope

Rabbis, imams and other faith leaders working in the public sector in the UK will need special licenses, training and security-vetting under the Home Office’s new anti-extremism proposals.

Outlined in a leaked draft of the Government’s strategy document, revealed by The Telegraph on Saturday, were details of a “national register of faith leaders,” inclusion on which would require checks and training.

Registration would be compulsory for those who work with the public sector, including schools, universities and government agencies, and is seen as one way to counter the radicalising influences of some extremist mosques in the UK.

High profile faith leaders meet, including the Archbishop of Canterbury and the Pope

The document says extremism is “the vocal or active opposition to fundamental British values, including democracy, the rule of law, individual liberty and the mutual respect and tolerance of different faiths and beliefs”.

It also criticises the police and local councils for a series of failures, including the so-called ‘Trojan Horse’ plot at state schools in Birmingham, reports of extremism and corruption in Tower Hamlets, and the child grooming scandal in Rotherham.

However, religious leaders were quick to voice concerns, with Rabbi Neil Janes of West London Synagogue saying: “This sounds unworkable and reads like too strong state intervention.”

Catholic leaders said they had not been consulted and Maulana Shah Raza of the Mosques and Imams National Advisory Board warned the government “not to meddle in religious affairs or to expand the state’s involvement in deciding on religious and theological issues”.

British jihadists killed in Syria in recent weeks were known to have been radicalised in the UK, and Prime Minister David Cameron has said the battle with extremism was “the struggle of our generation”.

There are reports of internal Home Office disagreements over whether to ban people whose behaviour “undermines British values” while still not reaching “the thresholds in counter-terrorism legislation”.