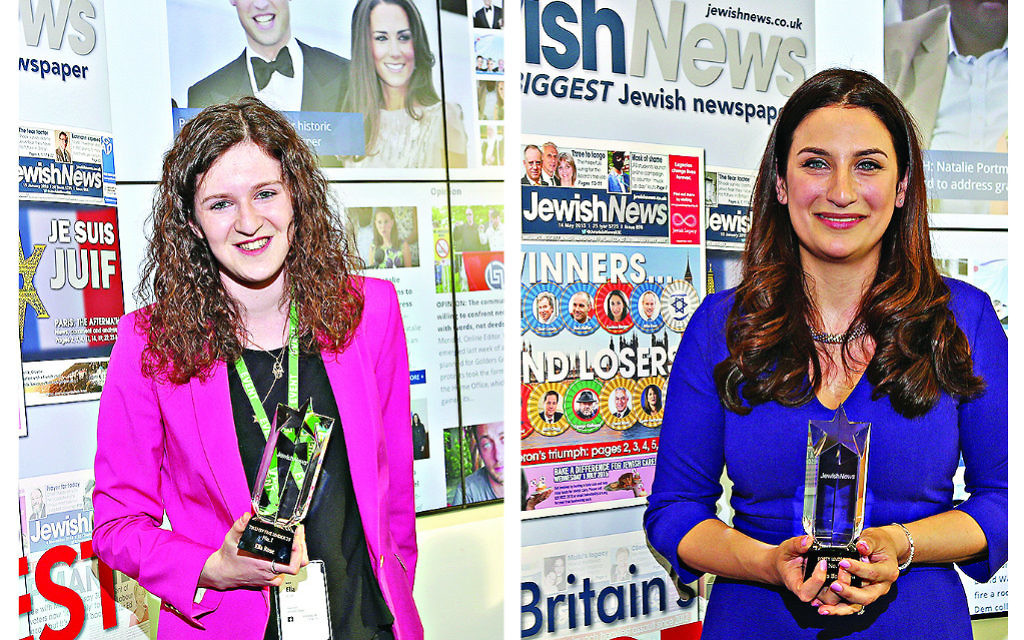 Ella Rose and Luciana Berger topped our Twenty-Five Under and Forty Under lists in 2015. Here, we reveal the rising stars, under 18.

Jewish News – in association with the Jewish Leadership Council – this week proudly relaunches its fascinating search for individuals set to define Anglo-Jewry in the decades to come.

Past years have seen thousands of inspiring nominations, and this year is expected to be no different as our team of judges seeks to identify 18 candidates under the age of 18 followed by 30 under the age of 30.

Starting this week, we’re asking readers to suggest individuals who should be included in our Who’s Who of current and future high-flyers.

Nominations can come from across the country, making this a truly nationwide initiative, with the top places selected by a range of Jewish leaders in the worlds of politics, art, education and culture.

The process will culminate in the spring, when Jewish News will publish the results of the judges’ deliberations.

We will reveal who’s made the final cuts before the end of April, by which time older nominees should still be under 30. For the Eighteen Under 18 category, nominees should be yet to hit the landmark birthday by 01 September 2017.

In past years, Jewish News has profiled Forty Under 40 and Twenty-Five Under 25, and past names on these lists will comprise our judging panel, including former JLC chief Jeremy Newmark and Luciana Berger MP.

Jewish News publisher Richard Ferrer said: “These are lists for those already making an impact in our community and those who are set to.

“The names topping our Thirty Under 30 list may already be making a difference, while the Eighteen Under 18 list will include innovators, creatives, campaigners, event organisers and young leaders. It will be intriguing to see who gets nominated.”

Chair of judges Andrew Gilbert said: “We are looking both for those already in leadership positions and those who show the most potential.

“We are not interested in fame per se. Just being well-known is not enough. We are interested in influence, innovation, leadership, and impact on the Jewish community.”