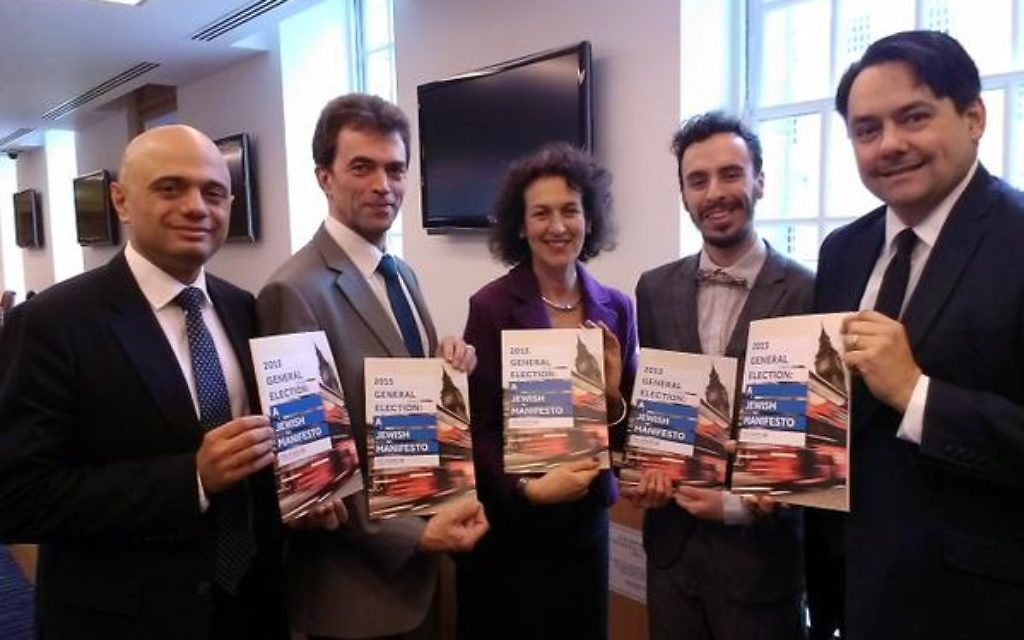 That was the message from Culture Secretary Sajid Javid at a Board of Deputies hustings event in central London on Sunday.

Javid told deputies he had “no tolerance for cultural boycotts of Israel”. He added: “Whether cultural, educational or divestment, the answer is the same.”

Citing last year’s boycott of the UK Jewish Film Festival by the Tricycle Theatre in Kilburn, Javid said: “I intervened. I thought it was totally and utterly unacceptable and wrong. I have made it absolutely clear what might happen to their [the theatre’s] funding if they try, or if anyone tries, that kind of thing again.”

He also branded cultural boycotts “a form of the oldest hatred in the world.”

In addition to boycotts, communal and national issues were discussed including faith schools, shechita and the threat of terrorism.

Liberal Democrat MP Tom Brake, who is Deputy Leader of the House of Commons, noted that there are publicly-funded services, such as parenting costs and the NHS, which like faith schools are not used by everyone.

Stephen Twigg MP, Shadow Minister for Constitutional Reform, added that Jewish schools are “an important part of Jewish education”, but more was needed to be done in terms of “breaking down misconceptions” about other faiths.

And in a discussion on the future of shechita, UKIP, who recently voted in its National Executive Council to ban the practice of non-stun slaughter, was criticised by Green Party equalities spokesperson, Benali Hamdache. He said: “It is deeply problematic for certain political parties to advance bans on what are integral parts of our cultural practice.”

The hustings took place at the British Medical Association.