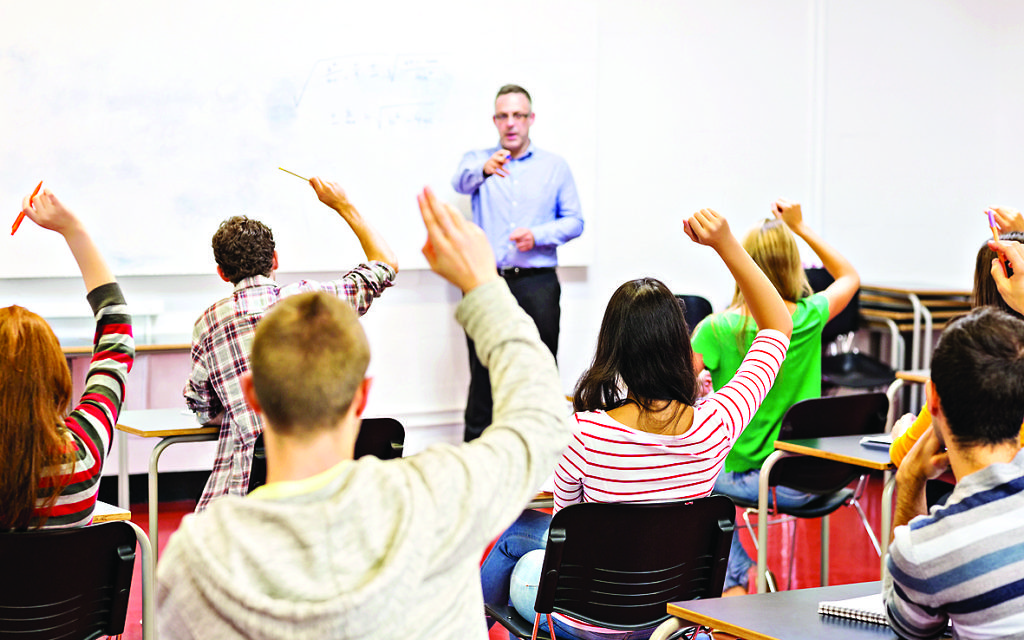 Students raising hands in the classroom

Jewish leaders have expressed concern over a new educational resource being promoted by the National Union of Teachers to British schools, claiming it is “one-sided and partisan” in its portrayal of the Middle East.

The union facilitated access to Palestinians in the West Bank and Nazareth, but despite protestations by Edukid that it tries to remain “neutral”, no Jewish Israeli children were profiled, although thousands having endured years of rocket fire from Gaza.

“We are concerned that the literature presents a one-sided and partisan view of the political situation,” said a Board of Deputies’ spokesman.

“We have raised this issue at a senior level with the Department for Education, who share our concerns. We have also requested a meeting with the NUT to discuss the issues raised.”

Chris Turner, chief executive of Edukid, claimed: “We tried to get the Jewish perspective, and spoke to two organisations in Israel about profiling Jewish children, but both declined to work with us when they found out we were also profiling Palestinian children.”

He declined to name the organisations, as he was “still hoping to persuade them otherwise,” but added: “We’re trying to be as neutral as possible, and don’t want to take sides. We’re trying to break down stereotypes.”

An NUT spokesman said: “We work in partnership with many organisations, including the Holocaust Education Trust, to produce materials for schools. We have a very strong record on producing well regarded materials dealing with difficult issues, including anti-Semitism and Islamophobia, teaching around issues in the Middle East and recently on the Prevent agenda.”

The NUT last year voted to boycott products from the West Bank. The resource is being heavily promoted by the union, with Blower saying the accompanying films “illustrate the daily struggles experienced by Palestinian children.” She added: “I hope this resource will be welcomed and widely used in schools across the country.”