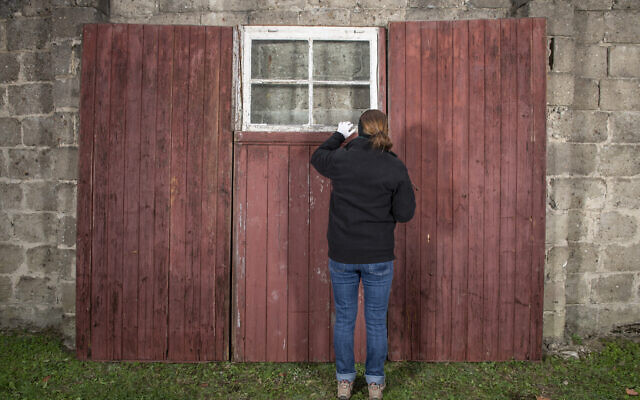 The Holocaust Galleries team recently acquired a section of a barrack from Velten, a sub-camp first of Ravensbruck, and later Sachsenhausen concentration camp.

Part of a concentration camp barracks will go on display for the first time in the UK as part of the Imperial War Museum’s new Holocaust Gallery set to open this autumn.

The artefact is likely the last remaining part of Velten, a sub-camp of Ravensbrück and Sachsenhausen, which housed Jewish, Roma and Sinti women, and political prisoners of various nationalities.

In a £30.7m project, alongside the Holocaust Gallery will be a Second World War Gallery, making the IWM the first museum in the world to have dedicated galleries to the two subjects under the same roof.

Among the major donors to the galleries are Chelsea’s owner, Roman Abramovich, who held a fundraising dinner for the project at the club in partnership with the Jewish News. 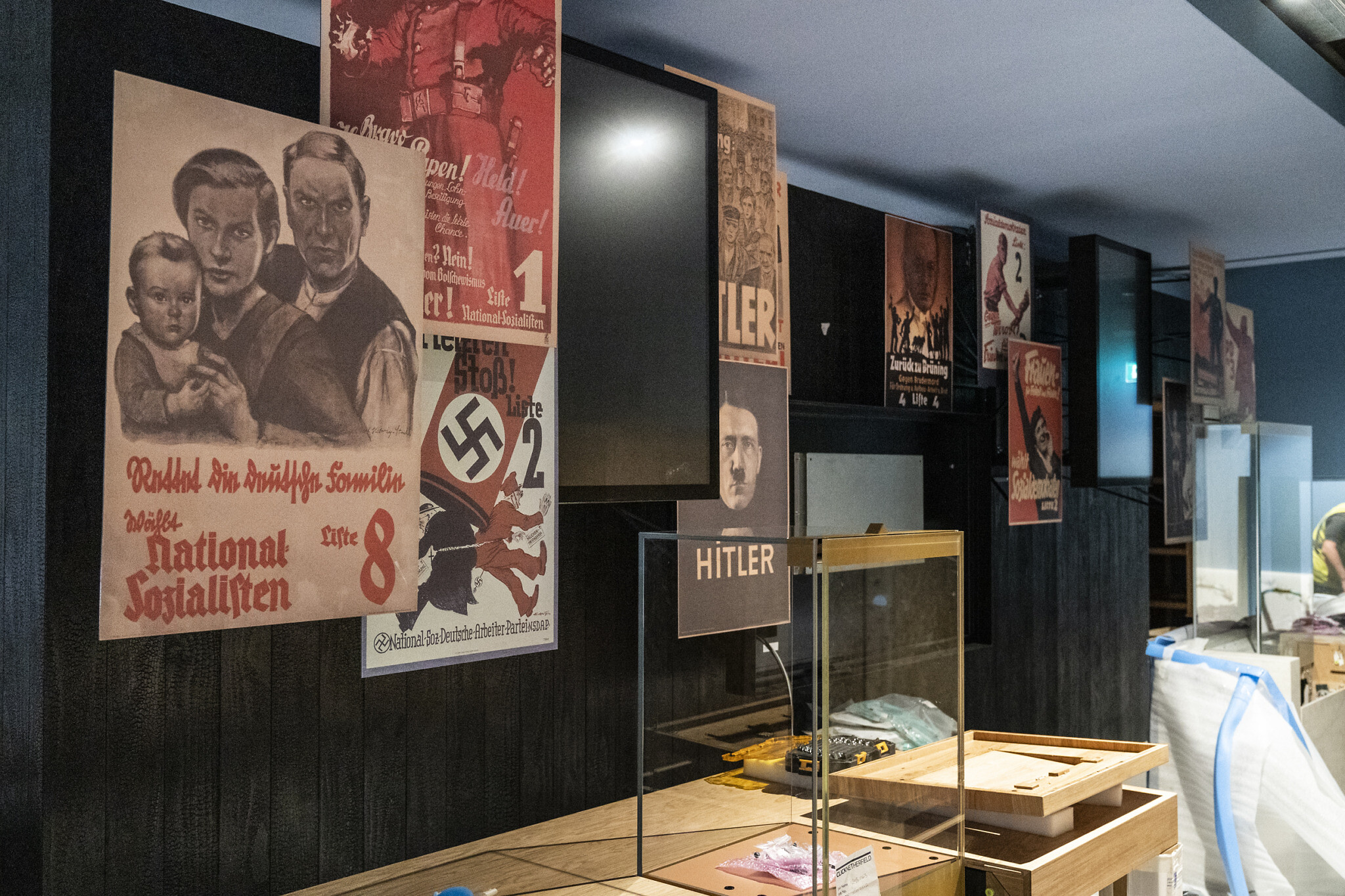 They are set to open on 20 October, and have been almost seven years in the making.

As well as the barracks, the Holocaust Gallery will showcase  more than 2,000 photos, books, artworks and letters to tell the story of the horror of the Shoah and the lives of its victims and survivors, and its connecting history with the War.

Speaking to Jewish News, senior curator on the Holocaust Gallery, Lauren Wilmott, revealed how the barracks had actually been part of someone’s house until being acquired by the museum.

“We know that two sisters ended with these pieces of the barracks and used it to build a house,” she said. “Given the housing shortages, it was kind of a case of using whatever materials you could get your hands on.”

She hopes it will shed light for many on the extent of the camp system. “Between 1933 and 1945, there were 44,000 camps established … in Linz, in Austria, there was one prisoner for every five inhabitants, and it kind of hits home how visible the camp system was. The idea that no-one knew what was happening just isn’t true.” 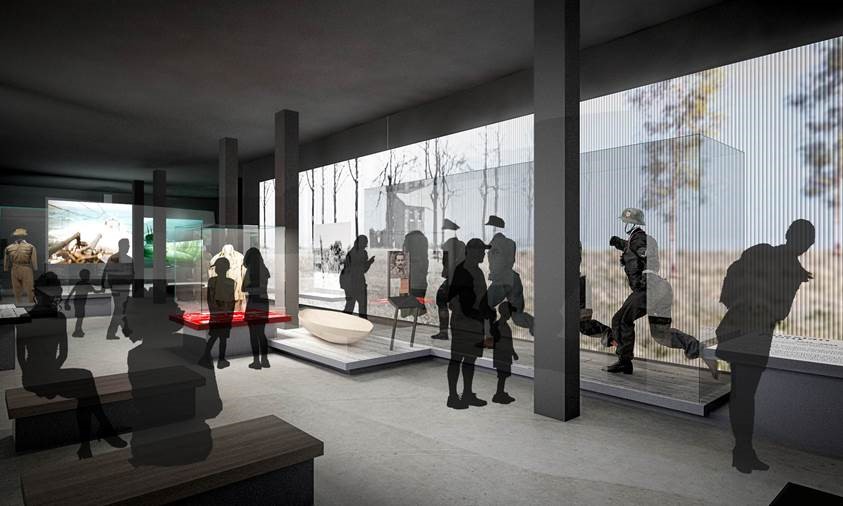 How a section of the gallery might look once completed (Image: Imperial War Museum)

The gallery will use the latest research, including archive material only opened to the public since the end of the Cold War.

Other never-seen-before items include the wedding dress of Gena Turgell, a survivor of Belsen, who married a British officer who liberated her from the camp.

The delicate item, made from parachute silk, will serve to highlight that the effects of the Holocaust did not end when camps were liberated.

Another item out of the many which will move viewers is a coat, gifted by a father to his son, who was on the Kindertransport.

“We have a case of a child’s coat, a boy who was fourteen at the time, and his father bought it for the journey,” said Wilmott.

“He bought it several sizes too big, knowing that he was never going to see his son again, so that he would grow into it – it was a parting gift, almost.

“That’s a particularly moving one for me – it’s remembering that many of the parents were often not allowed to come with them, and many of them later ended up being murdered.” 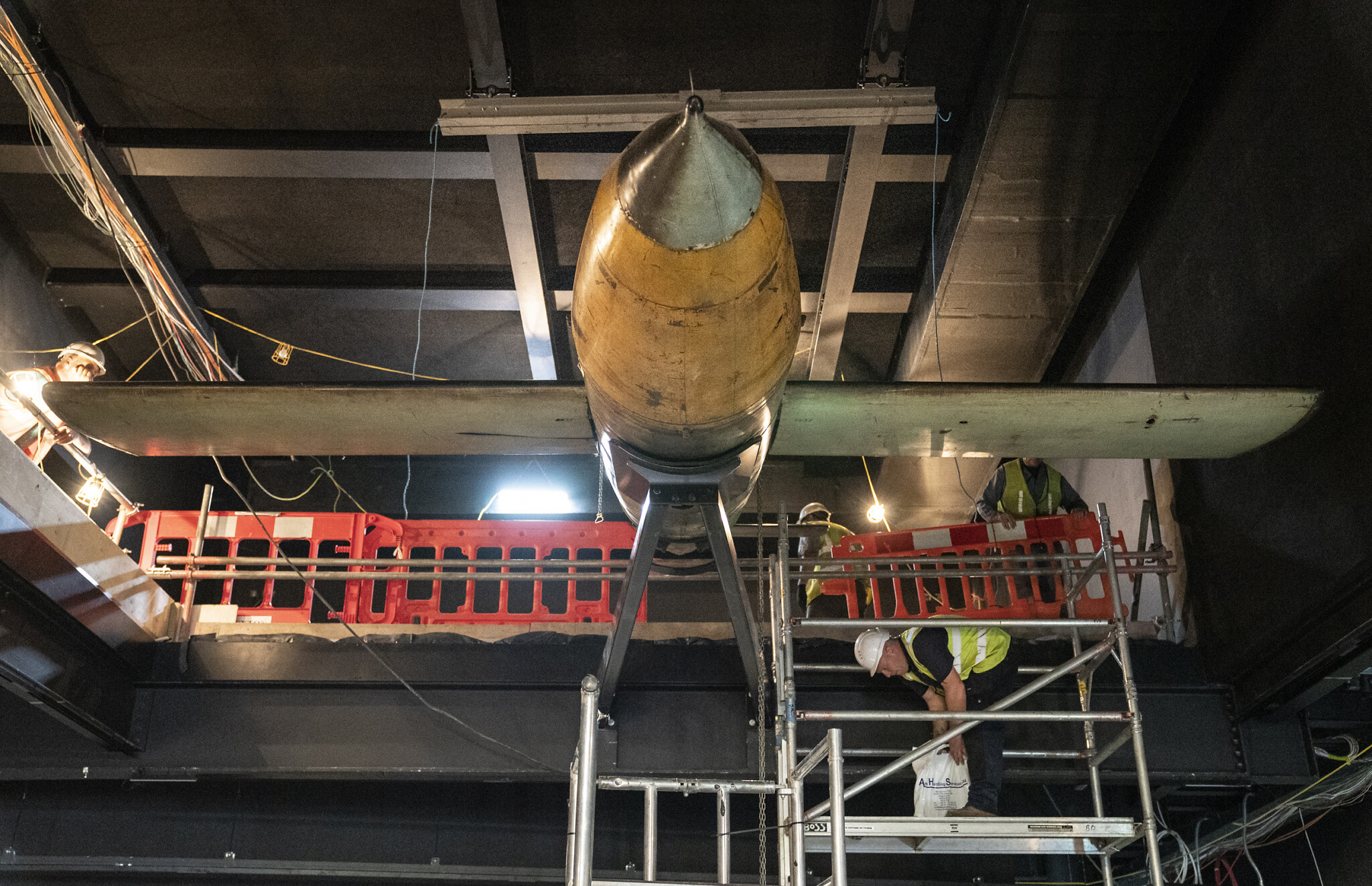 V1 being reconstructed and mounted inside Imperial War Museum London. The V1 will occupy a space between the new Second World War and Holocaust Galleries.
Photographed 2nd and 3rd September 2020.

Before the opening, the museum is embarking on a fundraising drive of £250,000  which will go towards the conservation of the barracks and installation work that has yet to be completed.

Diane Lees, Director-General of the museum, said: “It has never been more important to learn about the Second World War and the Holocaust and to understand this defining period of the 20th century, which dramatically shaped the world we live in today.

“Though this conflict will soon pass out of living memory, leaving us without the first-hand testimony of its veterans, eyewitnesses and survivors, IWM will ensure that the experiences of those generations are never forgotten through our incredible new galleries, which have been almost seven years in the making.”