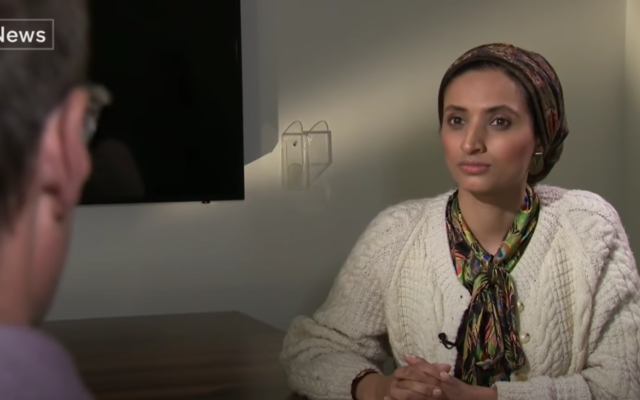 CST says it will make a complaint about a report by Channel 4 journalist on school Palestine protests (Image: Channel 4 / YouTube)

The Community Security Trust has criticised a Channel 4 report on students organising pro-Palestine protests, saying it minimised the problem of antisemitism in schools.

On Friday, the broadcaster aired a segment by journalist Fatima Manji which reported that pupils had complained of being “unfairly punished” after organising the protests. Those interviewed were not accused of antisemitism.

The report quoted CST as saying that “Jewish school children are being intimidated by anti-Israel protest.”

“They say such cases rise when the conflict in Palestine and Israel is escalating,” it added.

But the CST today said they were not even approached for a quote, and vowed to make a complaint over the segment.

“The way that this report describes CST’s view regarding antisemitism in schools during the recent conflict is misleading and minimises the problem,” said the organisation.

“We were not asked for a quote and did not have any input into the report. We will be making a complaint.”

The way that this report describes CST's view regarding antisemitism in schools during the recent conflict is misleading and minimises the problem. We were not asked for a quote and did not have any input into the report. We will be making a complaint. https://t.co/nfCXfY9AkK

Jewish News has previously reported how Jewish teachers had complained of being targeted for harassment during pro-Palestine protests organised by students.

In one case, a teacher said pupils had competed to stick ‘Free Palestine’ stickers in her hair, while another said she had left her job after students took it in turns to chant slogans at her.

May had the highest number of monthly incidents ever recorded by the CST, said the charity last month.

Speaking on the Jewish News Podcast, the CST’s Jonny Newton said: “We know that a significant number of those have occurred in schools, unfortunately, around schoolchildren and also at university campuses, which is different but linked.”

Around 20 percent of all recorded incidents during that month had taken place in a school, he said.

A spokesperson for Channel 4 News said the broadcaster believed it had fairly summarised CST’s position.

“Channel 4 News contacted the CST to provide some broader context on this matter and following that conversation, as well as examining the most recent reports on the CST website, we fairly summarised this in the report,” said the spokeswoman in a statement.