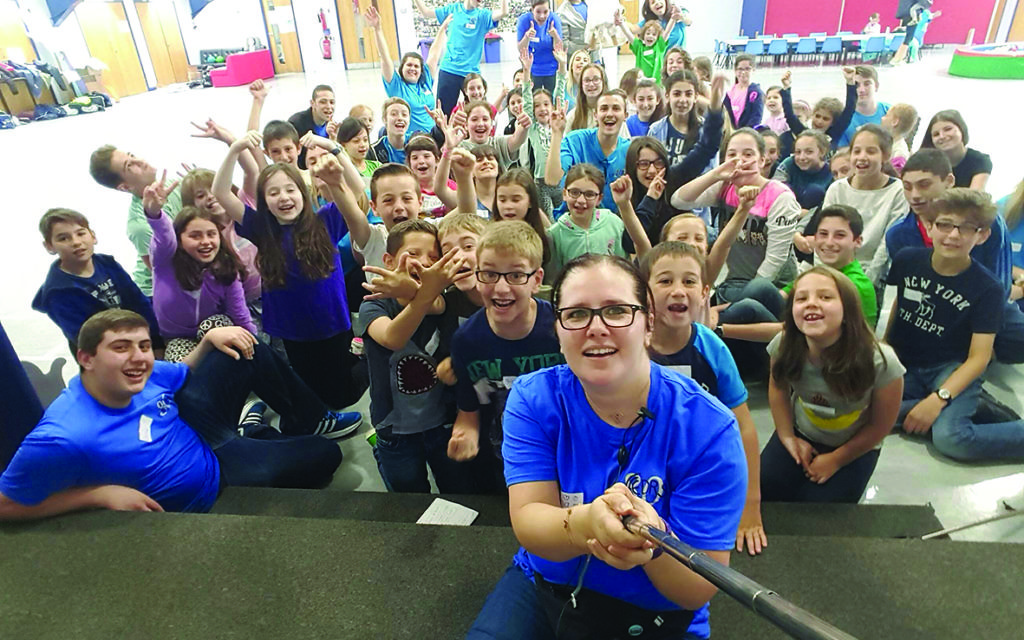 Email your story to community@thejngroup.com

Edgware & District Reform Synagogue’s Kaytana and Kadima summer camps saw more than 120 children enjoy day trips and specialist workshops. Emma Senitt, EDRS’ director of youth said: “The ruach throughout both camps was amazing, you could literally feel it as you entered the room. The children gain so much at these camps and it can be seen clearly every day they come in. Their faces make our job worthwhile.”

A fantastic summer in the city

A fantastic summer in the city

Jewish Care’s Redbridge Jewish Community Centre’s ‘Summer in the City’ holiday programme entertained more than 70 children over the summer. Children aged between four and 11 enjoyed talent shows, messy play, sports tournaments and arts and crafts, while older ones went roller skating and visited the Jump Street trampoline park. Staff and volunteers who oversaw the project were trained through RJCC’s MIKE youth leadership programme. Ashley Sinclair, youth and community coordinator said: “Summer in the City at Jewish Care’s RJCC has been a great success for many years and is going from strength to strength. It’s been fantastic to see the children who come enjoying themselves so much every day.”

Evolve has recently returned from holding its first summer camp in Mukachevo, western Ukraine – which was run by 15-year-old madrichim. Turned from raw recruits to leaders in just eight months, the youths wrote – and ran – the daily activities, which ranged from sports to arts and crafts. The charity was set up three years ago by Nikki and Jason Bennett, on the back of a wish of their daughter Dawn, who in wanting to help others, decided to twin her batmitzvah with girls in Polotsk, Belarus. The madrichim on the trip featured eight leaders from the UK, two from Belarus and two from Ukraine, with plans for next year’s camp already being made.

Dame Tessa Jowell paid a visit to Alyth Synagogue, where she joined congregants for tea and scones. Welcomed by Rabbi Josh Levy, she also attended the shul’s Kabbalat Shabbat service, along with Laura Marks OBE, where she spent the early part of the evening chatting to RSY-Netzer madrichim, who had been running its joint day camp at Alyth for more than 80 participants. One of the madrichim, Sally Patterson, said: “Dame Tessa was interested to hear about the range of skills that young people develop through being given responsibility and leadership opportunities in our youth movements.”

JW3’s FUSION Summer Bonanza ensured children were kept entertained this summer. The theme for the four fun-filled weeks was From London to Tel Aviv – giving participants the chance to explore the magic of the two cities with interactive activities and outings. Three schemes were held for three age groups, with activities including bell boating and kayaking at the Welsh Harp Reservoir, chocolate-making and how to recycle unwanted clothes into new fashion pieces.

A regal garden party for Mda

A regal garden party for Mda

Lynda and Stephen Regal opened their home to the Jersey Jewish Congregation for their annual garden party. More than 25 guests attended the event, which also welcomed leaders of the Christian community. Magen David Adom UK chief executive, Daniel Burger spoke to the audience about the about its work, including the launch of a new campaign: Blood, Sweat & Tears – that will further strengthen the links between MDA’s paramedics, medics, volunteers and staff in Israel, and the community in the UK. Speaking after the event, Burger said: “It was wonderful to see both communities coming out in support of Magen David Adom and I look forward to this being the start of a new chapter in saving lives in Israel.”

A group of 12 young Norwood volunteers have been challenging people’s preconceptions about disability as part of their National Citizenship Service Programme. The volunteers, aged between 15 and 17, ran a range of activities for residents at Norwood Ravenswood in Berkshire, which provides residential accommodation for people with learning disabilities in small individual homes. The volunteers took their ‘Care Don’t Stare’ campaign onto the streets of Reading and designed everyday tasks to show people what it is like to live with a disability, including asking them to open a jar with boxing gloves on and read through a pinhole.

Two Kisharon Day School pupils and two children from Kisharon’s Tuffkid Nursery took part in a photo shoot so that the special needs charity could produce packs of greetings cards for the Jewish new year.

Acorn Lawn Tennis Club, which is based in Canons Park, raised £363 for both the British Heart Foundation and Cancer Research at a recent fundraising event.

The digital skills team taking part in the JLGB’s interfaith National Citizen Service programme 2015 have initiated the #ILike campaign, which raises awareness of the importance of positive body image.