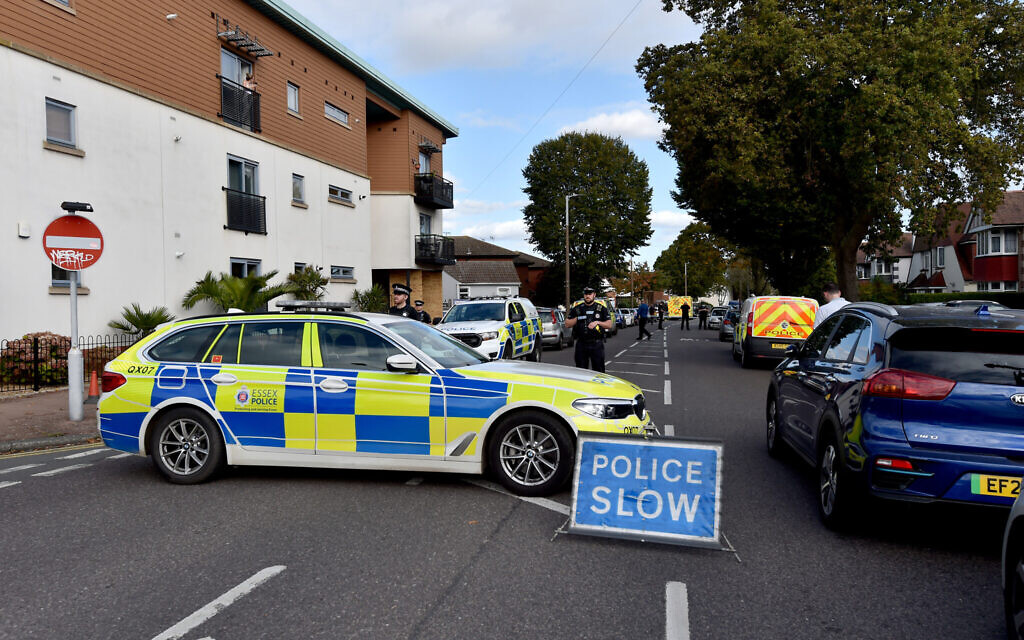 Emergency services at the scene near the Belfairs Methodist Church in Eastwood Road North, Leigh-on-Sea, Essex, where Conservative MP Sir David Amess has reportedly been stabbed several times at a constituency surgery. Essex Police have said a man has been arrested and officers are not looking for anyone else. Picture date: Friday October 15, 2021.

Community leaders have reacted with horror to the fatal stabbing of Conservative MP Sir David Amess.

The 69-year-old, who had been an MP since 1983, was fatally injured while meeting constituents at Belfairs Methodist Church in Leigh-on-Sea near Southend at midday on Friday.

Essex Police issued a statement saying officers arrived at the scene in Eastwood Road North shortly after 12.05pm and arrested a man.

In a statement, the Met said Senior National Coordinator for Counter Terrorism Policing, Deputy Assistant Commissioner Dean Haydon, had formally declared the incident as terrorism. The investigation is being led by counter-terrorism officers.

The early investigation has revealed “a potential motivation linked to Islamist extremism”, the force said.

A 25-year-old man arrested at the scene on suspicion of murder is in custody at an Essex police station.

Official sources told the PA news agency the man is believed to be a British national with Somali heritage. 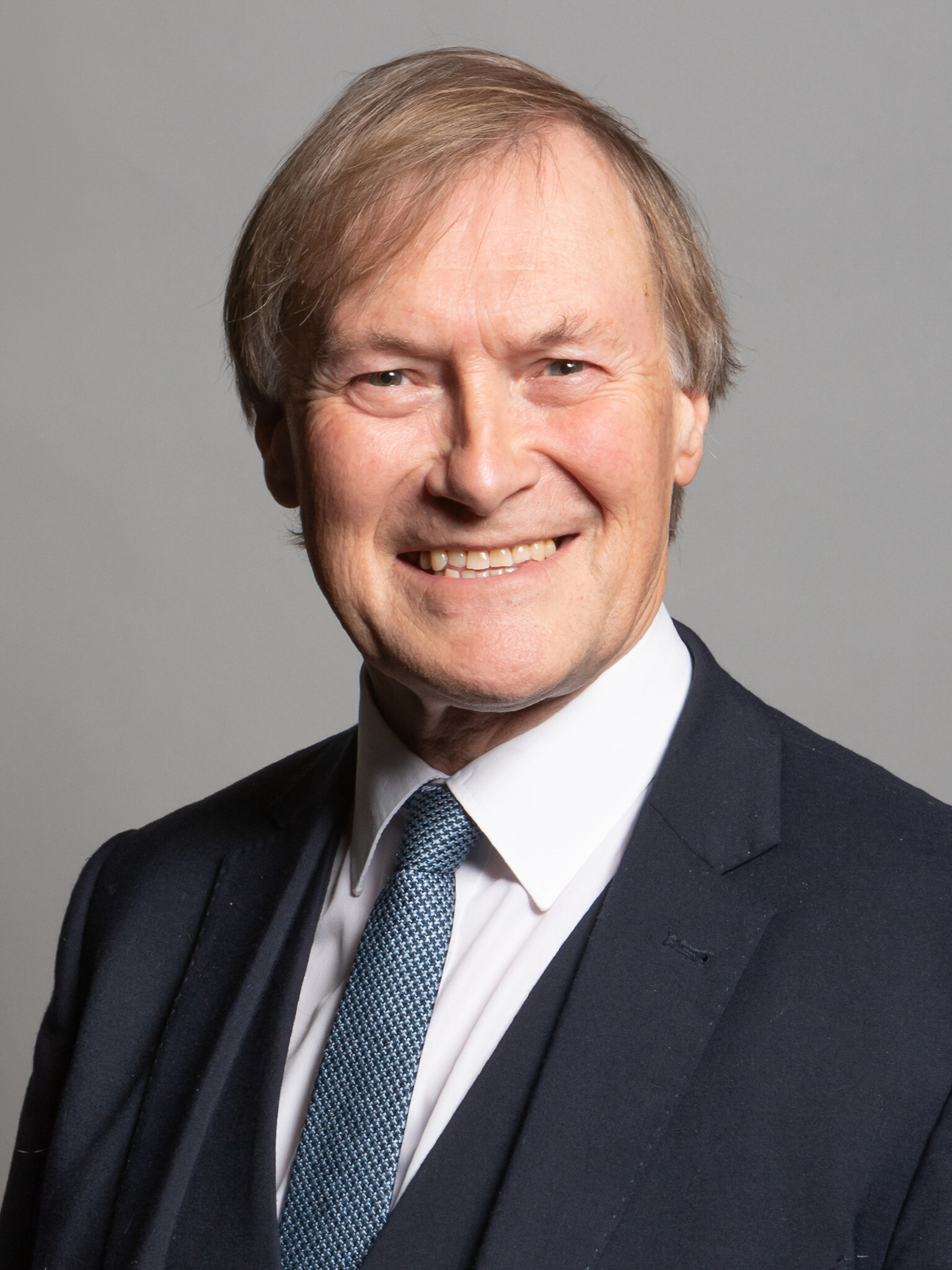 In the aftermath of the incident, tributes poured in from across the Jewish community, as leaders recalled his support for Holocaust education and close ties to local Southend synagogues.

Marie van der Zyl, president of the Board of Deputies, said the organisations was “devastated” by the news. “Such violence is an intolerable affront to our democracy and must be met with the full force of the law. We will never forget Sir David’s long and deep friendship to our community. Our hearts go out in profound sorrow to his wife Julia and five children”.

The Jewish Leadership Council said it was “shocked” saying he had “a very strong and warm relationship with his local Jewish community. Our thoughts are with his family and friends at this time.”

The Community Security Trust tweeted: “We are deeply shocked and saddened at the awful news that David Amess MP has passed away. Our thoughts and condolences are with his family at such a terrible time.”

Chief Rabbi Mirvis said: “As we usher in Shabbat this afternoon, we will have the family of Sir David Amess MP in our prayers. Such an attack on an elected parliamentarian is an attack on the whole country. May he his memory be for a blessing.” 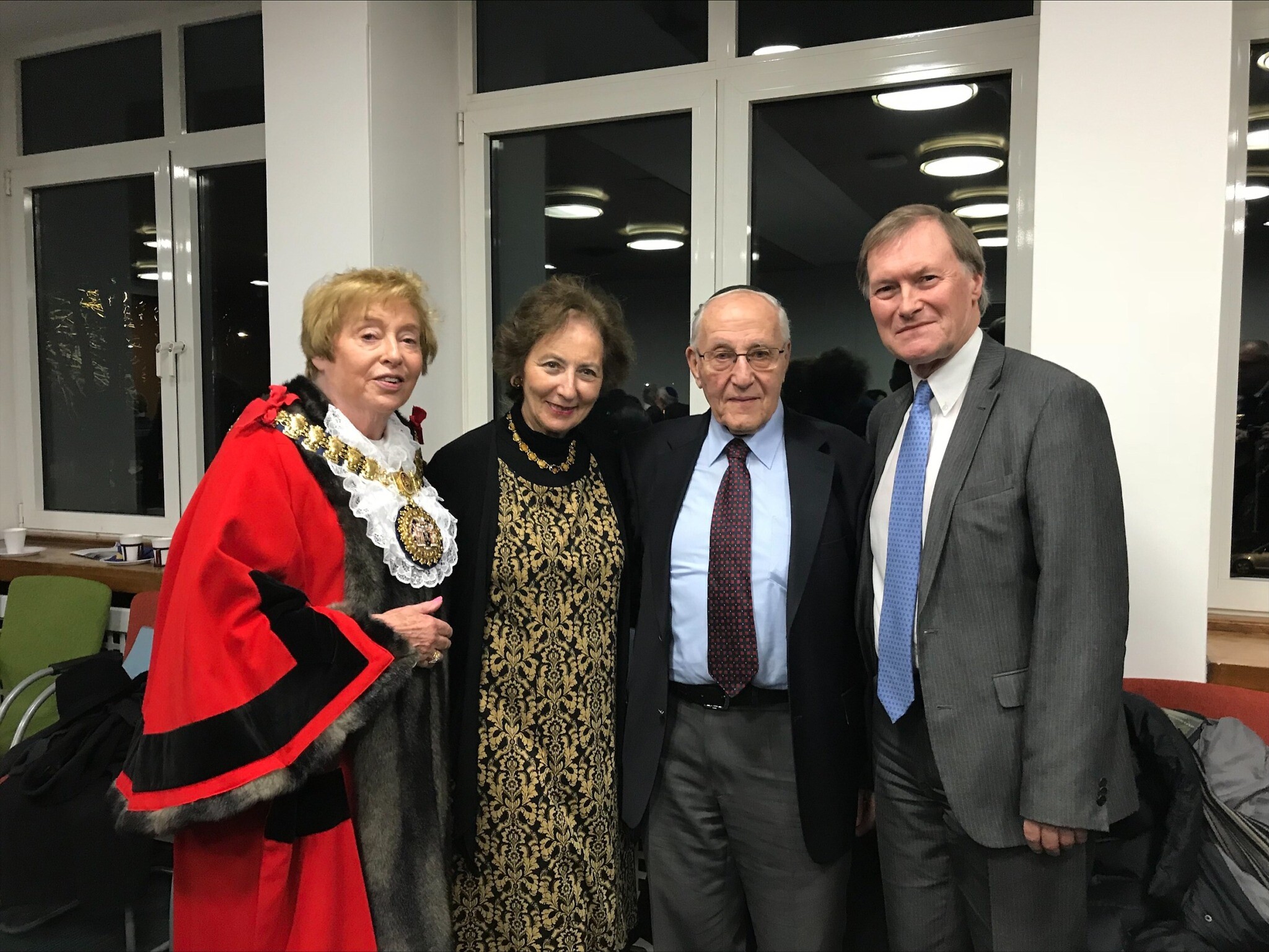 Calling the news “horrific and chilling”, the United Synagogue’s CEO Steven Wilson said “Democracy is a cherished right and one we can never take for granted. I know all US members and colleagues will join me in sending condolences to Sir David’s family who are in our prayers.”

The All Party Parliamentary Group Against Antisemitism said it was “devastated to learn of the death of our friend and colleague Sir David Amess MP. A long-standing and active member of the APPG Against Antisemitism, he was an excellent public servant. He will be sorely missed.”

Amess is a former member of Conservative Friends of Israel, which said it is “shocked and deeply saddened”, calling him a “hugely popular and respected MP and a great friend of Israel – serving as a parliamentary officer of CFI in the 1990s. Parliament will be a lesser place without him.”

He also campaigned for a statue of Holocaust hero Raoul Wallenberg to honour his work saving thousands of Jews.

The memorial was eventually installed Great Cumberland Place, outside Western Marble Arch Synagogue, and was unveiled by Her Majesty the Queen in 1997. 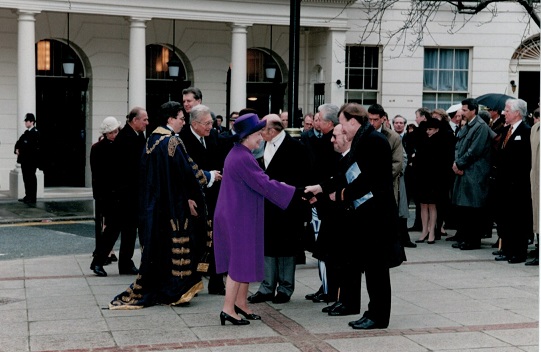 Tributes to Amess poured in from across the political spectrum, including from former prime minister David Cameron, Keir Starmer and Sadiq Khan.

The incident comes five years after Labour MP Jo Cox was murdered as she arrived to host a surgery in her Batley and Spen constituency in June 2016.

On Friday evening, Prime Minister Boris Johnson and Labour Leader Keir Starmer laid flowers at the scene of the death. 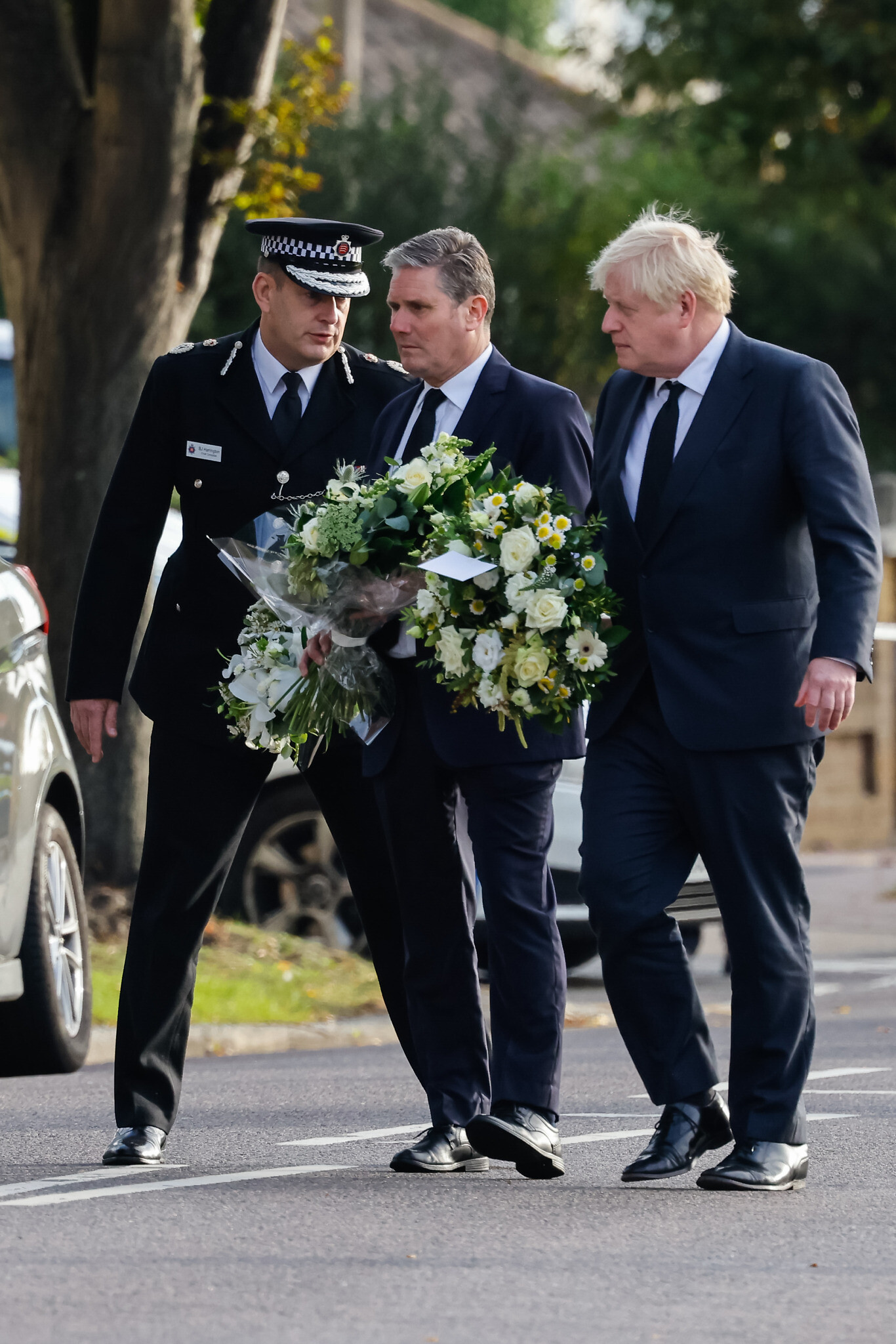 Speaking during this year’s debate for Holocaust Memorial Day, Sir David said in Parliament: “Although I myself am not a Jew but a Catholic, there is Jewish blood in each and every one of us.

“I would certainly have been proud to have been born a Jew, and I stand shoulder to shoulder with our local Jewish community”.

Rabbi Geoffrey Hyman of Southend shul described Sir David as “a real mensch”. He said: “We are absolutely devastated by the death of Sir David Amess, our local MP . He had a very close relationship with our Jewish community here in Westcliff.

“Always supportive and sympathetic to our members and causes. He attended numerous events at our synagogue. We are deeply saddened and send our condolences to his dear family.

“On a personal note I must add, that he warmly welcomed me into this area and kept in touch.”

“Over the past two years, these people, who are my friends, have felt very vulnerable. I would like the Government to continue to support the work of the Community Security Trust, which does vital work to keep the Jewish community safe through the protective security grant. 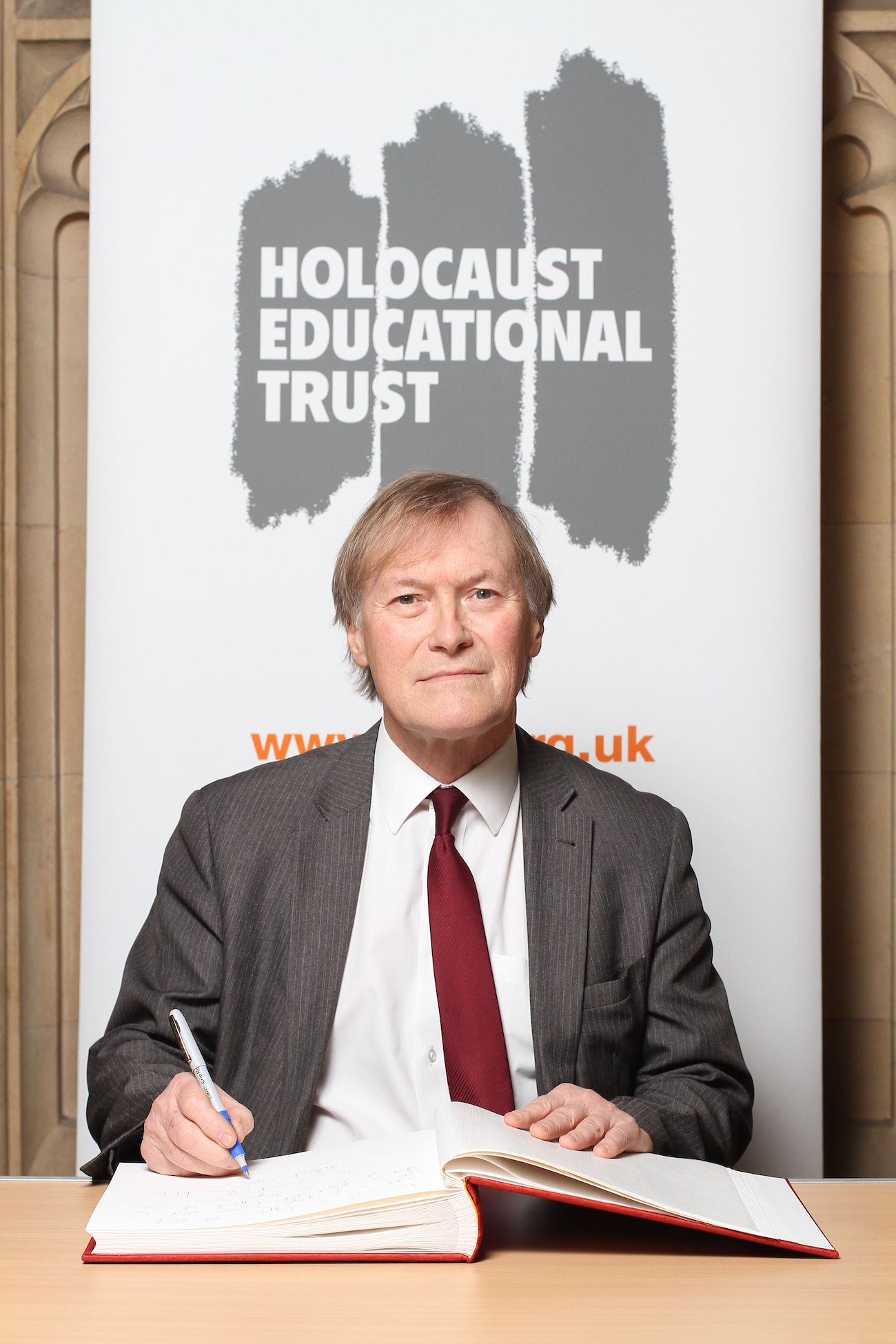 “I simply do not understand and have never understood antisemitism. The most important lesson from the Holocaust is that although we cannot police the world, it is simply not acceptable to stand by and do and say nothing when genocide happens. For evil to prevail, all it needs is for good people to remain silent.

“I therefore support the genocide amendment to the Trade Bill. We should not be supporting genocide in any form—whether against the Jewish community, the Uyghurs or anyone else—and should instead be encouraging countries to improve their human rights records.

“Each year, a tree-planting event is planned in Southend to commemorate the lives of those who died in the holocaust and more recent genocides. I am very much involved in that event, and have also had the great honour to lay a wreath and plant a tree at Yad Vashem. For two years I campaigned to have a statue of Raoul Wallenberg placed outside the Western Marble Arch synagogue, and Sigmund Sternberg led the fundraising campaign. Through the Schutz-Pass, Raoul Wallenberg saved the lives of 100,000 Jews in Hungary.

“It was one of the proudest moments of my life when in 1997 Her Majesty the Queen, the Duke of Edinburgh and the President of Israel unveiled that statue.

“Although most of us mere mortals would not be able to replicate such valour, if Holocaust Memorial Day is anything, it is a time to honour such bravery and for each and every one of us, particularly in Parliament, to condemn antisemitism and genocide.”