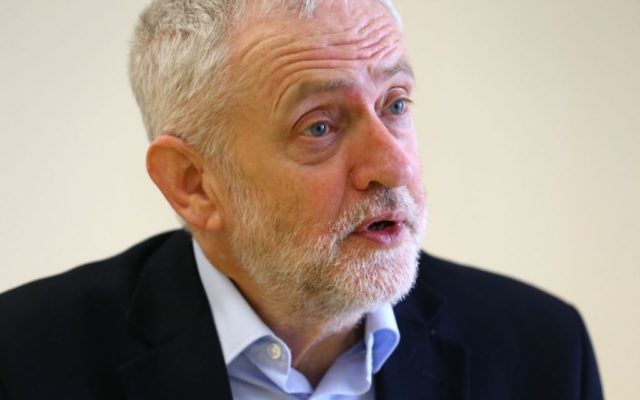 Organisations representing Britain’s Jewish communities have written to Jeremy Corbyn accepting his offer of a meeting to discuss anti-Semitism within the Labour Party.

In their letter, the Board of Deputies of British Jews and the Jewish Leadership Council thanked Mr Corbyn for his commitment to addressing the “anguish” caused by anti-Semitic incidents.

But they said that the events of the past few weeks had not been “reassuring” for Jewish people in Britain, and told him he need to use his “personal authority” to root anti-Semitism out of his party.

The letter came amid controversy over Mr Corbyn’s attendance at a Passover celebration hosted on Monday by the left-wing Jewdas organisation, which has accused the Board and JLC of “cynical manipulation” of the anti-Semitism row.

Mr Corbyn has played down the significance of his presence at the Seder event in north London, saying he “learned a lot” from speaking with Jewish people from his constituency.

Speaking during a local election campaign visit to Watford, he said he was “happy to meet” the two largest Jewish communal bodies “without any preconditions”, pledging to hear their concerns about tackling anti-Semitism in the Labour Party.

But Jonathan Arkush, president of the Board of Deputies, asked how his commitment to be “an ally against anti-Semitism” could be taken seriously after his attendance at the Jewdas event.

In their letter, Mr Arkush and JLC chair Jonathan Goldstein thanked Mr Corbyn for “the commitment you have made to addressing the anguish amongst many people in the Jewish community”.

Board of Deputies and @JLC_uk have replied to Jeremy Corbyn’s letter accepting his offer of a meeting and outlining the way forward on tackling antisemitism. #ActionsNotWords #EnoughisEnough pic.twitter.com/XrmaO9M1J2

— Board of Deputies of British Jews (@BoardofDeputies) April 4, 2018

But they said that some of the events of the past few weeks had not been “reassuring” for Jewish people in Britain.

And they said it was “crucial that you use your own personal authority as Leader of the Labour Party to drive the changes required”, adding: “Ultimately, the most important thing going forward will be action and not words.”

Mr Corbyn’s offer of a meeting came after he was attacked by some in his own party for a supportive comment he made to the painter of an anti-Semitic mural. He later apologised and admitted he had not looked closely enough at the picture before commenting.

In a letter to the Board of Deputies and the Jewish Leadership Council, Mr Corbyn said he accepted his “responsibility to give a strong and continuing personal lead”.

Speaking during his visit to Watford, he said: “I wrote to the Jewish Board of Deputies last night to thank them for their previous correspondence and say I’m very happy to meet them anytime and my door is open to them and to any other Jewish organisation.

“We’re determined to deal with the issue of anti-Semitism in our society and in any political party including our own.

“We have processes, if somebody has committed any anti-Semitic act or made some anti-Semitic remarks they’ll be brought to book and we’ll deal with them.”

Mr Arkush and Mr Goldstein said it would be “helpful” for Labour’s new general secretary Jennie Formby to attend the meeting with Mr Corbyn.

Ms Formby used her first day in the job this week to tell members “the stain of anti-Semitic attitudes must be completely eradicated” within the party.