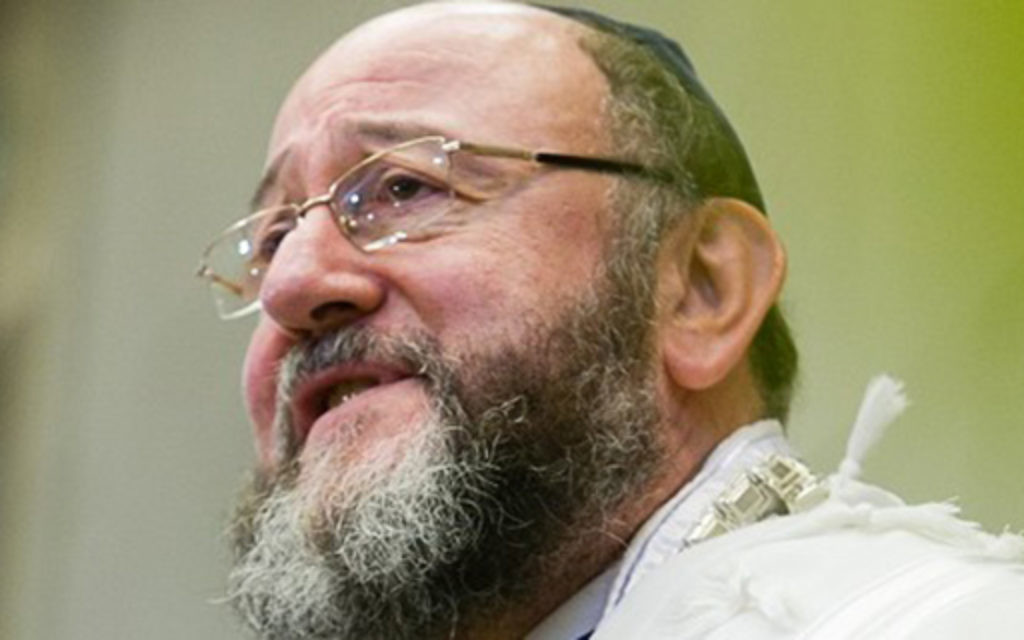 More than 120 United Synagogue rabbis have been trained to recognise and deal with cases of child sex abuse as Chief Rabbi Ephraim Mirvis warned that the Jewish community was “not immune”.

The full day of training featured Mirvis’s wife, Valerie, a child protection expert, and heard from some of the Jewish community’s most senior religious leaders, including Rabbi Dweck, who heads the Spanish & Portuguese Sephardi community, and Dayan Gelley, from the London Beth Din.

Specialists from the Metropolitan Police and Barnet Children’s Service advised on detection and safeguarding, while a team of psychotherapists led workshops in the afternoon.

“We are determined to attach the greatest possible seriousness to both historic and current child sexual abuse,” said Chief Rabbi Mirvis. “Tragically, our community is not immune to this evil.”

This week’s training was originally envisaged in May, after a Manchester court found a Charedi teacher guilty of seven counts of sexual abuse against girls aged 14 and 15.

At the time, Mirvis praised the victims of Todros Grynhaus, the son of a dayan of the Union of Orthodox Hebrew Congregations, who “withstood tremendous pressure” in order to bring about the prosecution.

Mirvis has repeatedly said that tackling child sex abuse in the Jewish community will form a central part of his Chief Rabbinate, and a spokesman said the training was “to ensure rabbis are properly equipped to deal with cases of abuse as and when they arise”.

It comes in the same week that a major report from the Children’s Commissioner found that the majority of child sex abuse is carried out by family or friends and that up to 85 percent goes unreported.

Australia’s Jewish community is currently reviewing its practices after a Royal Commission in February found widespread evidence of cover-ups at Jewish schools and yeshivahs in Sydney and Melbourne.

Australia’s most senior rabbi, Meir Shlomo Kluwgant, resigned as president of the Organisation of Rabbis of Australasia after telling a newspaper that the father of an abuse victim was a “lunatic” who neglected his children.

“Obviously there’s a problem,” said Peter Wertheim, a member of the Executive Council of Australian Jewry, in March. “Some religious leaders have encouraged their members not to report child abuse and that’s just not on.”